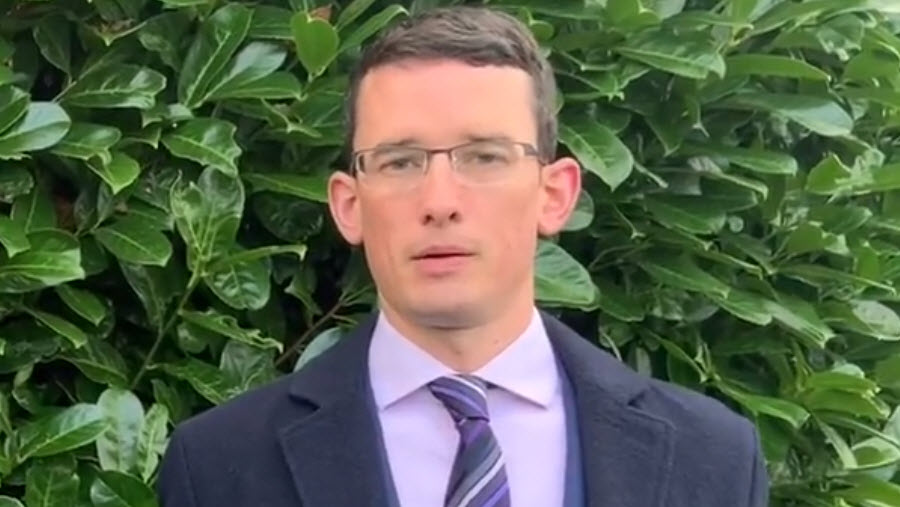 Wilson’s Hospital School in Multyfarnham, Ireland, suspended Enoch Burke from teaching while he underwent a disciplinary process for refusing to use the preferred pronouns of a student who identifies as transgender.

Enoch Burke, a school teacher in Ireland, was banned from his school over his refusal to use the pronoun “they” for a student, then arrested for returning Monday, according to the Irish news website RTE.

Wilson’s Hospital School suspended Burke from teaching while he underwent a disciplinary process for refusing to use the preferred pronouns of a student who identifies as transgender, which he said would violate his Christian beliefs, and a court issued an injunction temporarily barring him from teaching, according to RTE. Burke returned to the school anyways, and he was arrested and taken to prison.

“I am a teacher and I don’t want to go to prison,” Burke said, according to the New York Post. “I want to be in my classroom today, that’s where I was this morning when I was arrested … I love my school, with its motto Res Non Verba, ‘Actions not words,’ but I am here today because I said I would not call a boy a girl.”

To be clear, this teacher was jailed for breaching a court order, not for ‘misgendering’. But that court order barring him from the school because he refused to use ‘they’ for a male student, should never have been granted IMO. Sinister and absurd https://t.co/h5Zk2H3Cs6

He was initially suspended Aug. 24, and the court order came down Friday after he continued attending school anyways, according to RTE. He defied the court order blocking him from teaching Monday and told the court that it would violate his conscience to obey it.

Burke said in court that he loves his students and the subjects he teaches and that he didn’t want to go to prison, but he couldn’t violate his conscience by participating in the child’s gender transition process, according to RTE.

“To be clear, this teacher was jailed for breaching a court order, not for ‘misgendering’. But that court order barring him from the school because he refused to use ‘they’ for a male student, should never have been granted IMO,” author and commentator on transgender issues Helen Joyce wrote. “Sinister and absurd.”

Wilson’s Hospital School did not respond to the Daily Caller News Foundation’s request for comment.