Target’s decision comes less than a year after Minneapolis suffered some of the worst riots in U.S. history. 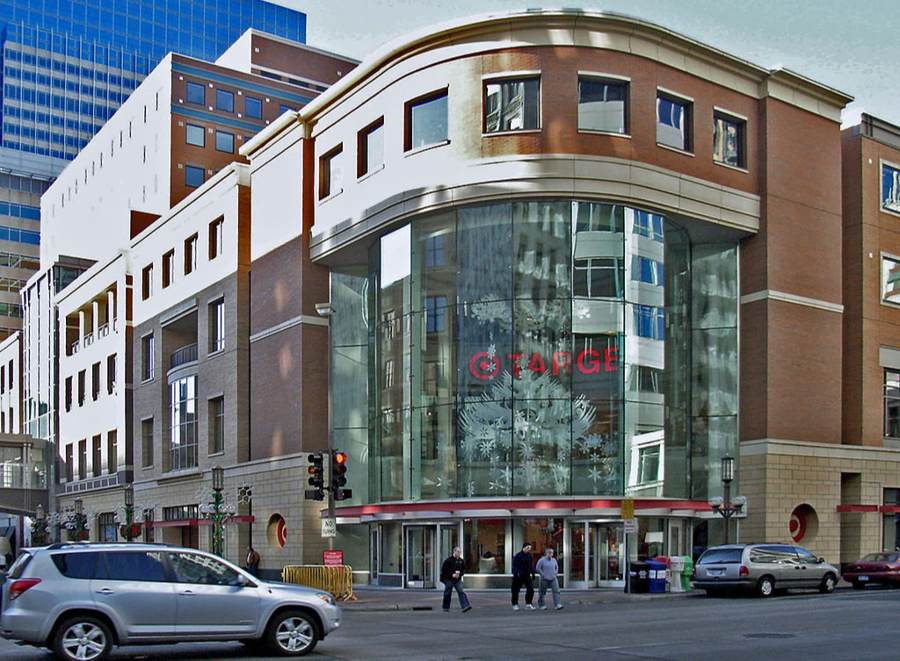 Target Corporation, the eighth largest retailer in the United States, announced in an email to employees on Thursday that it will be leaving the City Center, its primary downtown Minneapolis location.

Company officials cited improved remote work opportunities and less need for space as the drivers for the decision.

“In just one year we’ve proven that we can drive incredible results, together, from our kitchens and basements and living rooms,” said Melissa Kremer, executive vice president and leader of Target’s human resources operations.

Target, the largest employer in Minneapolis with some 8,500 corporate workers, says the 3,500 employees who work at the City Center will still have a “home base,” but it will be at another Minneapolis location or in the nearby suburb of Brooklyn Park.

A Story of Capital Flight?

On one hand, there is little reason to doubt Target’s explanation for abandoning its headquarters. Many anticipated that the pandemic would lead to a normalization of remote work.

“The future of work will be distributed,” Erica Brescia, the chief operating officer of Github, told the BBC last fall. “We’re going to see a big shift from office by default to remote by default.”

Part of that shift, it’s reasonable to assume, would be corporations moving away from high-end corporate real estate. Yet it also shouldn’t be forgotten (or ignored) that Target’s decision comes less than a year after Minneapolis suffered some of the worst riots in US history, prompted by the May 25 death of George Floyd.

The riots — which broke out after a video went viral showing police pinning Floyd, a 46-year-old black man, to the ground for nearly nine minutes before he died — caused an estimated $2 billion in damage.

Though Target made no mention of the riots in its announcement, last summer I noted that an abundance of evidence suggested that the economic damage of the riots would persist long after the wreckage had cleared.

Economic research and basic economic theory indicate that local residents will suffer from myriad cascading consequences ranging from business flight, reduced capital investment, higher insurance costs, and lower property values. All of these effects will be especially hard on underprivileged communities, I wrote.

That observation was prompted after a Minneapolis business owner announced he was leaving the city after he was forced to watch his business burn to the ground.

“The fire engine was just sitting there, but they wouldn’t do anything,” the business owner, Kris Wyrobek, told The Star Tribune.

Perhaps the most compelling data we have regarding the economic impact of riots come from a 2004 National Bureau of Economic Research paper authored by economists William J. Collins and Robert A. Margo. Examining census data from 1950 to 1980, their research concluded that the 1960s riots had a profound and pervasive negative impact on property values, particularly on black-owned properties.

“Using both city-level and household-level data, we find negative, persistent, and economically significant correlations between riot severity and black-owned property values,” wrote Collins and Margo. “[T]here was little or no rebound during the 1970s.”

Moreover, a separate 2004 study on the 1992 LA riots found that the riots accounted for a loss of economic activity that cost the city $3.8 billion in taxable sales and some $125 million in direct sales tax revenue.

Economist Victor Matheson, one of the authors of the study, noted it took more than a decade for economic activity to return to previous levels in the affected areas.

The takeaway is clear. Riots have a severe impact on capital investment and commercial decisions, and these impacts tend to hit the poor the hardest.

Violence as a Legitimate form of Political Change?

Despite the severe costs of riots, surveys show that both Democrats and Republicans increasingly see violence as a legitimate tool to oppose injustice.

Few trends in the US are more troubling than this one.

We'd do well to remember the words of MLK.

“It’s a familiar pattern: to call for peace and calm but direct it in the wrong places,” Garza told The New Yorker. “Why are we having this conversation about protest and property when a man’s life was extinguished before our eyes?”

“We don’t have time to finger-wag at protesters about property,” she continued. “That can be rebuilt. Target will reopen. The stores will reopen. That’s assured.”

“To the rioters here in Atlanta and across the country,” Lewis said. “I see you, and I hear you. I know your pain, your rage, your sense of despair and hopelessness. Justice has, indeed, been denied for far too long. Rioting, looting, and burning is not the way.”

Injustice is real. It should be opposed by all people acting in good faith. But Lewis, like Dr. Martin Luther King Jr. before him, understood that violence only begets more violence.

Garza was correct that Target would reopen. But she’s unlikely to face the consequences of its downtown departure, in contrast to the people in the city.

In his classic essay That Which Is Seen and That Which Is Not Seen, the economist Frederic Bastiat observed that every action comes with costs that are both visible and invisible.

“In the department of economy, an act, a habit, an institution, a law, gives birth not only to an effect, but to a series of effects,” Bastiat wrote. “Of these effects, the first only is immediate; it manifests itself simultaneously with its cause — it is seen. The others unfold in succession — they are not seen.”

We don’t know for sure, but it may be that Target’s departure from the City Center is just one of the untold number of unseen costs of a tragic riot that will have far reaching consequences for people struggling in Minneapolis.

And if you ask Minneapolis residents, Target’s decision may be a harbinger of more to come.

“I think it’s horrible, it’s an ominous sign of things that are going to happen downtown,” Ted Farrell, president of Haskell’s, told a local news outlet. “It’s literally the death of a downtown metro area, it’s actually sad to see.”