Take This First Simple Step Before You Answer 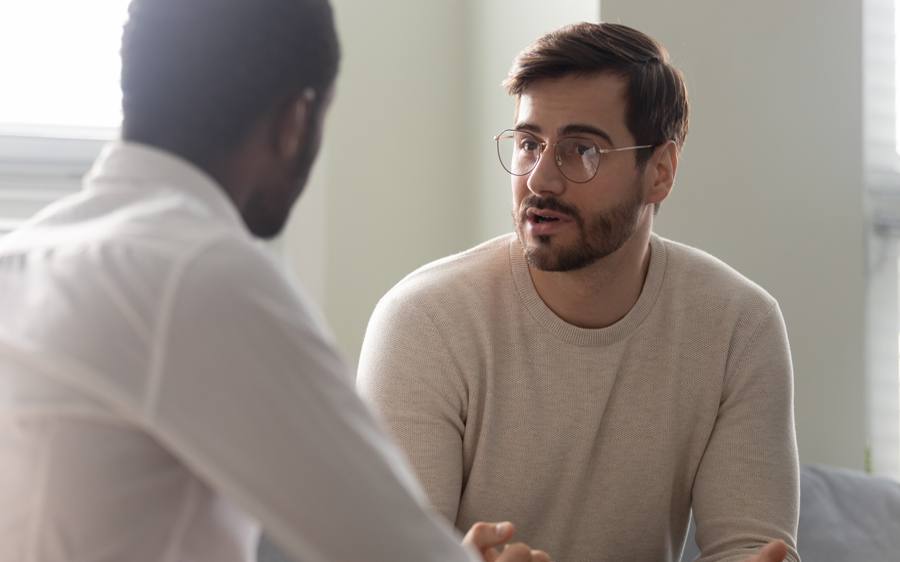 If someone said to me, “Evolution is a well-proven fact,” I wouldn’t necessarily disagree. Their statement could be true. It could also be false. Why? Because I don’t yet know what they mean by “evolution.”

I understand that, for a Christian, the knee-jerk response is to disagree and marshal all our reasons. But what reasons would you be providing? What evidence would you levy against that statement? You can’t know what to say or even whether to agree or disagree until you first take an important step: Find out what they mean by “evolution.” The best way to do that is to employ the Columbo Tactic. First, however, we need to understand some terms.

The word “evolution” has a myriad of definitions; some are controversial, while others are innocuous. For example, evolution can simply refer to change over time. According to this definition, cities evolve, your hairdo evolves, your job description evolves—everything evolves. There’s nothing controversial about this definition, even from the perspective of a Christian.

A second and more common definition is the special theory of evolution (some refer to it as microevolution), which Charles Darwin articulated in the first part of his landmark book, On the Origin of Species. According to this definition, species can undergo small changes that alter their characteristics. A common example that’s cited in evolutionary textbooks is bacteria’s ability to develop resistance to antibiotics.

This is why your doctor will tell you to finish the entire course of antibiotics if you’re sick with a bacterial infection. If you don’t, the bacteria that made you sick could change or “evolve” and develop a resistance to the antibiotic medication, rendering the treatment ineffective. These bacteria are the same bacteria as before, but now with a notable change. Notice that there’s nothing controversial about this definition and Christians can readily accept it.

You Can’t Answer Until You Ask

What’s critical to understand is that you can’t reply to the claim “Evolution is a well-proven fact” until after you have determined what they mean by that word. You must determine what definition of evolution they have in mind. If you don’t, you’re at risk of making a mistake and appearing foolish.

For example, imagine your knee-jerk response to that statement is to say, “No, it’s not. Evolution is not a well-proven fact.” Suppose also they have either of the first two definitions in mind (change over time or microevolution). What you have just communicated to them is that you don’t believe that change over time or microevolution is a well-proven fact. That’s not only untrue, but it makes you appear foolish.

That’s why it’s critical to first discover what they mean by evolution by employing the Columbo Tactic. If you’re familiar with Stand to Reason, you’ll probably be familiar with our use of this approach. The Columbo Tactic is about using questions—instead of statements—to make your point, respond to a challenge, or productively advance the conversation. Although there are three kinds of Columbo questions, I’m only referring to the first one here.

“What Do You Mean By That?”

Here’s the key Columbo question: “What do you mean by that?” or (to apply it to our topic) “What do you mean by evolution?” Notice that is a very simple step. Anyone can ask that question. Plus, it shows that you are interested in their idea and are eager to understand them. It will also buy you some extra time as they explain what they mean by “evolution.”

Once they tell you which definition they are referring to, you can give an informed response to their actual view rather than to a position they don’t hold. This is not only the logical question to ask, it’s also the gracious thing to do.

The same is true of someone’s use of the term “pro-choice,” “Christian,” or “God.” Almost any word requires clarification, so your goal should be to understand their view before you respond to it.

Does it take extra time? Yes. Is it more work? Slightly. Will it pay off? Absolutely. In our world today, there’s far too much heat and too little light. Clarifying a person’s view isn’t going to necessarily increase agreement, but it will increase respect, understanding, and graciousness in any conversation and, consequently, in any relationship. That’s a necessity for any ambassador for Jesus Christ.