An intense government bombing campaign in response to an insurgent attack killed dozens and sent tens of thousands of people fleeing for safety. 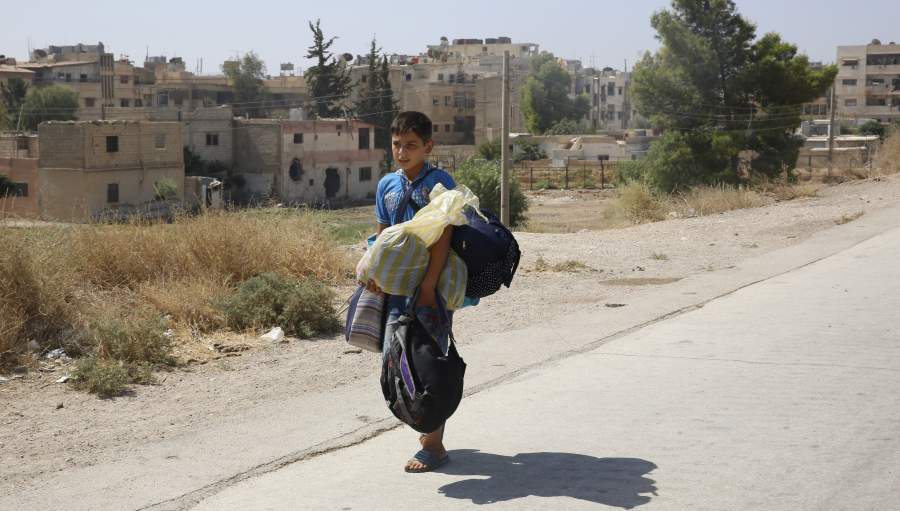 In this Friday, Sept. 2, 2016 file photo, a boy carries his belongings as he leaves the Moadamiyeh suburb of Damascus, Syria.

By SARAH EL DEEB and JAMEY KEATEN Published on September 7, 2016 •

This article is available to read at the Associated Press Archive Link here: http://www.apnewsarchive.com/2016/The-U-N-humanitarian-aid-agency-says-fighting-in-Syria-s-central-Hama-governorate-has-displaced-some-100-000-people-over-eight-days-between-late-August-and-early-September/id-3cd742c399bd41709ca38534aaed69ff