Sussmann Trial, Day 6: How Did Mueller Not Know the Truth? 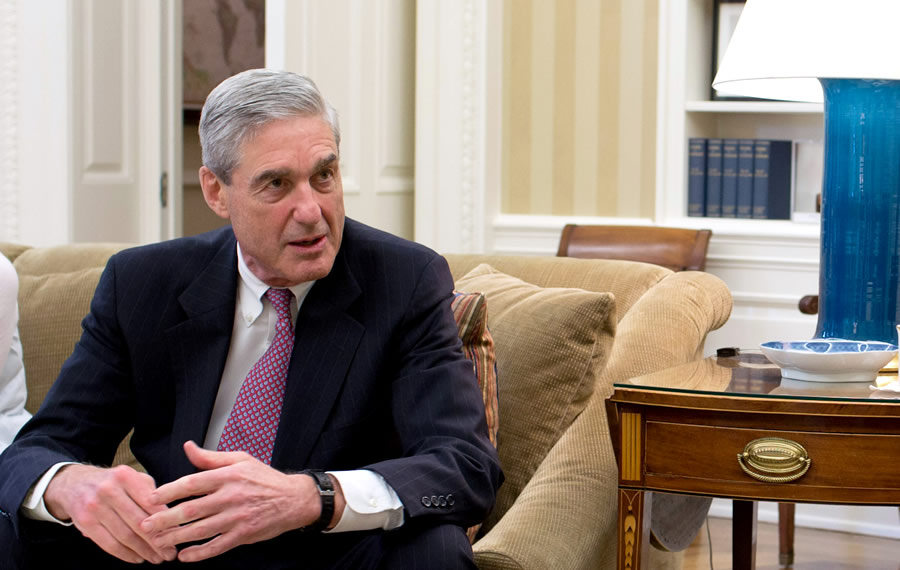 Monday marked the beginning of Week 2 (Day 6) of the Michael Sussmann trial. As you know, last week ended dramatically, when Robby Mook, Clinton’s own campaign manager, said she’d personally signed off on releasing the (phony) Alfa Bank story to the media, even though her campaign people told her it hadn’t been verified. Two CIA staffers also testified Friday, saying that Sussmann had lied to them, too, about not representing any client.

Also on Friday, a now-retired CIA station chief described meeting Sussmann earlier and being told a variation of the lie; namely, that he did have a client, but it was a Republican. The idea of Perkins Coie representing Republicans is almost as crazy as Trump colluding with Russians.

As bad as things are in our country right now, we can only get down on our knees and give thanks to God that Hillary was not elected President.

One thing seemed odd to us on Friday, but we found the explanation later. The prosecution was still presenting its case, but Mook was called as a defense witness. Turns out, Mook had planned to vacation in Spain, and the court ruled he could testify out of order so he could go. (Nice! One hopes prosecution witnesses would have received similar dispensation from this judge.) As it happens, Mook was helpful to Durham, so much so that the defense probably wishes they’d just let him go to Spain.

Taking a Cue From Hillary: ‘I Don’t Recall’

Anyway, Monday might not have been quite as eventful as last Friday, but there were interesting developments, with Bill Priestap — Peter Strzok’s supervisor — called to the stand. Trump attorney Alina Habba and her team were there today, as they have been every day, and in an appearance on Hannity said Priestap seemed unable to recall much of anything, even with his own notes in front of him. He seems to have taken a cue from Hillary herself, who is known for coming up with almost countless versions of “I don’t recall.”

Two other FBI officials, Ryan Gaynor and Allison Sands, testified. Sands said she’d received a memo the day Sussmann met with Baker about a referral on the case from the Department of Justice. It didn’t mention Sussmann as the source. This document was circulated to Peter Strzok as well.

Gaynor testified that top FBI leadership had decided to keep Sussmann’s identity on “close hold.” The Chicago field office wanted access to the source but couldn’t get it. He told the court that had he known the source had a political interest or one that overlapped with the Bureau’s, he might not have ever volunteered to be point person at headquarters.

FBI Brass Lied to Their Own Field Agents

So, when did the “Justice” Department decide to jump in? The DOJ was even mentioned as the source for the “white papers,” when we know that none of them came from there and at least one came from Fusion GPS, creator of the likewise phony “dossier.”

Gregg Jarrett said on Monday’s Hannity “that the FBI, James Comey and his minions, were lying to their own field agents, and [Gaynor] said, ‘Had we known the truth, had they been honest with us, it would have changed the equation dramatically. We would’ve recognized the hoax for what it was, a political smear invented by Hillary Clinton, and funded and disseminated by her personally, by the way, as well as her many confederates.’”

The Hoax Was a Pretext to Drive Trump From Office

Jarrett also noted what we’ve said about the timeline: that by the time Trump had been sworn in as President, the FBI had already debunked both the “dossier” and the Alfa Bank story. Yet Sussmann kept on pushing it, and within the FBI, Comey, Strzok, and McCabe went right on investigating Trump, treating the hoax as seriously as ever. They used it, Jarrett said, as a “pretext, to escalate their investigation of Donald Trump, to drive him from office.” Comey even stole government documents when Trump fired him, to trigger the appointment of a special counsel, “who just happened to be his longtime friend and colleague, Bob Mueller.”

Either Mueller and his huge team of lawyers and investigators didn’t know this was a hoax that traced back to Hillary, he said, or “they knew it, and they covered it up.”

So, assuming Mueller didn’t know, how could it be that he didn’t find out? We’ve known Trump-Russia “collusion” was a fabrication since early 2017, when then-House Intel Committee chair Devin Nunes and his lead investigator Kash Patel connected the dots to Hillary’s campaign. Jonathan Turley calls Hillary’s involvement “Washington’s worst-kept but least-acknowledged secret.” A must-read.

Turley reminds us that then-CIA Director John Brennan actually told President Obama that Hillary planned to tar Trump as a Russia “colluder” to distract from her own use of a private email server for classified State Department business. Brennan told Obama this three days before “Crossfire Hurricane” was opened by the FBI. Turley’s report sums it all up nicely and will make you wish everyone involved in this scheme could be confined to, if not jail, then a very, very hot place for all eternity.

Of course, it’s not just Hillary. As Sundance at The Conservative Treehouse put it, “The DC politicians, institutions of the DOJ and FBI, and the entire corporate media world have been pretending not to know the truth for almost six years. Now they are in a pretending pickle.”

How Did Mueller Not Know?

He asks the question everyone should be asking now:

How did Robert Mueller and Andrew Weissmann spend 2 years investigating Trump-Russia; with a team of 19 lawyers, $40 million in resources; 40 FBI agents; 2,800 subpoenas; 500 search warrants and 500 witnesses; and not find out that Hillary Clinton created the hoax they were investigating?

As Turley points out, Mueller’s team originally consisted of the very FBI officials who were given Sussmann’s Alfa Bank “evidence.” But, believe it or not, they apparently never talked to any Clinton campaign people, or Fusion GPS, or Rodney Joffe, or Marc Elias, or…Michael Sussmann.

Scratching the Surface of Hillary’s Dishonesty

Finally, we’re going to make fun of Hillary now, because she deserves it. Victoria Taft has some video of Hillary from a 2019 interview with NBC’s Jane Pauley. Seeing it now gives new meaning to what Hillary said so disingenuously at the time: “I don’t know we’ll ever know everything that happened,” she told Pauley, “but clearly we know a lot and are learning more every day…I know that [Trump] knows this wasn’t on the level.”
Indeed, Hillary, Trump has always known it wasn’t on the level, but not in the way you were trying to make people believe. He knew you weren’t on the level. You assumed we would never “know everything that happened,” but, the reality is that “clearly we know a lot [about what you did] and are learning more every day.”

Still, what we know must barely scratch the surface of your dishonesty. As bad as things are in our country right now, we can only get down on our knees and give thanks to God that you were not elected President.

Thoughts Going Into Week 2: Hillary Did It