Supreme Court Showdown on Censorship Ahead 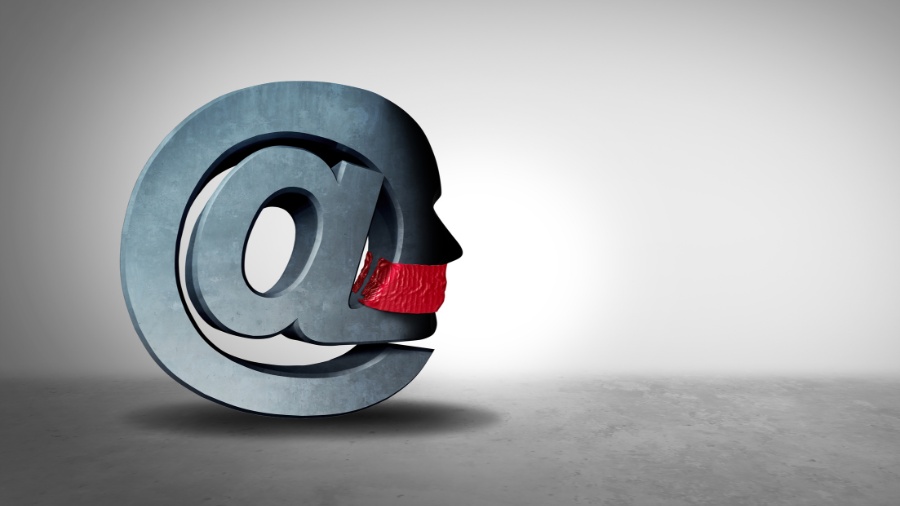 A staggering 99% of Twitter employees who make political contributions give to Democrats. It’s almost as lopsided at Facebook and Alphabet (the parent company of Google), according to Federal Election Commission records.

The Vice is Tightening, Snuffing Out Freedom

Relying on these left-leaning tech platforms to be even-handed was always naive. But recent evidence — email correspondence between Big Tech executives and some 45 Biden administration officials — suggests a danger even bigger than Silicon Valley bias. Government is actually calling the shots on what to censor. The U.S Constitution bars government from censoring, so Team Biden has deputized Silicon Valley to do its dirty work.

The complicity between the Biden administration and Big Tech should frighten all Americans. It’s like a vice tightening its grip, snuffing out freedom. That makes reining in Big Tech even more urgent. On Sept. 16, the opportunity arrived.

The complicity between the Biden administration and Big Tech should frighten all Americans. It’s like a vice tightening its grip, snuffing out freedom.

The Fifth Circuit Court of Appeals rejected “the idea that corporations have a freewheeling First Amendment right to censor what people say,” according to Federal Judge Andrew Oldham. The court upheld a Texas law that bars social media companies from taking down postings based on political view.

For two decades, tech giants have claimed a constitutional right to remove anything and anyone from their platforms. The appeals court said no.

The social media giants are appealing their loss to the United States Supreme Court. Justice Samuel Alito indicated the case “will plainly merit this court’s review.”

Digital Platforms as The Government’s Handmaiden

Get ready for a Supreme Court showdown, with Clarence Thomas leading the effort to check Silicon Valley’s power. In April 2021, Thomas lamented “the concentrated control of so much speech in the hands of a few private parties.” Rather than waiting for Congress to fix it, Thomas said the Court should fashion a remedy as soon as a case comes before it. That time has arrived.

Thomas has proposed that social media platforms be regulated like common carriers or public utilities. AT&T can’t refuse to open a phone account because of your political views. Your local electric company can’t pick and choose its customers, and neither can Amtrak.

In 1980, the Supreme Court ruled in Pruneyard Shopping Center v. Robins that California could compel a shopping mall owner to open the premises to political protesters distributing leaflets. California required the mall to be open to all speakers. Shopping malls were the public squares of the 1980s. Digital platforms are the 21st-century public squares.

They must not become government’s handmaiden. We have evidence that is occurring, thanks to a lawsuit brought by Missouri Attorney General Eric Schmitt and Louisiana Attorney General Jeff Landry against top Biden officials. Citing frequent email exchanges between these officials and Big Tech employees, Schmitt and Landry warn of a “massive, sprawling federal ‘Censorship Enterprise’” and claim the Biden administration has “colluded with social media companies to censor free speech.”

There are more revelations to come. Dr. Anthony Fauci and White House press secretary Karine Jean-Pierre were ordered by a federal court on Sept. 6 to turn over their email exchanges with Big Tech to the Missouri attorney general.

The Biden administration claims to be fighting to protect democracy. But its efforts to silence political rivals using Big Tech censorship proves the hypocrisy of that claim. Keeping social media platforms open to all viewpoints is vital to democracy.

It’s also vital to the free exchange of scientific ideas. Big Tech willingly complied with the Biden administration’s attempts to stamp out scientific disagreement over how to handle COVID. Scientists who dissented from the party line on lockdowns, masking, school closures and even the virus’s origins were blocked. The result was a phony scientific consensus and many costly mistakes.

In September 2021, when YouTube suspended Kentucky Sen. Rand Paul (a physician) for posting a video reporting that cloth masks are ineffective, Paul charged that social media companies were acting as an arm of the federal government. ABC News bashed Paul’s accusation as “without evidence.”

Now, we have the evidence.

Just in time. Democracy and free scientific inquiry will be safer for it.