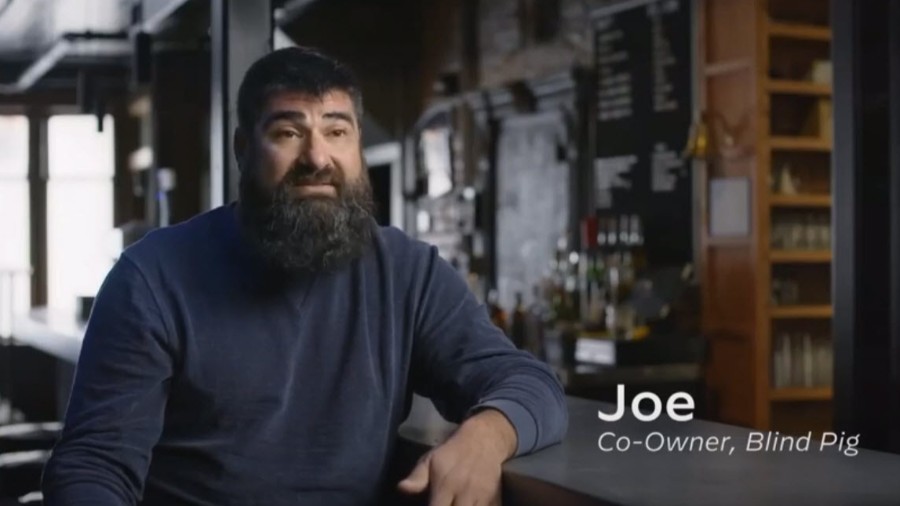 A Michigan bar owner featured in a Joe Biden campaign ad saying his business may fail because of President Donald Trump’s COVID-19 response is a wealthy tech investor who made it big after receiving a large family inheritance.

Joe Malcoun, the co-owner of The Blind Pig, said in the ad his bar was nothing more than an empty room because of Trump’s inaction against the virus. “This is the reality of Trump’s COVID response,” Malcoun said.

“We don’t know how much longer we can survive not having any revenue. A lot of restaurants and bars that have been mainstays for many years will not make it through this,” the bar owner said. “My only hope for my family, this business and my community is that Joe Biden win this election.”

However, the Washington Free Beacon reported Monday that the odds that Malcoun falls under financial hardship are slim.

Malcoun told a Michigan-based NBC affiliate in 2018 that he received a lottery-like inheritance from his wife’s grandfather about a decade ago and used those funds to become an angel investor in tech companies in the state.

“Usually you become a CEO and you make money, and then the money allows you to become an angel investor,” Malcoun said. “I happened to have different circumstances where I had money (first).”

Malcoun leveraged his inheritance to become the “go-to guy” for people seeking investments in the Ann Arbor area, according to Click On Detroit.

And despite pinning his bar’s hardships on Trump in Biden’s ad, Malcoun told Michigan Live in June that he decided it was “not worth it” to host any live shows at the bar despite having authorization from the state to hold events at limited capacity.

“Now that we tried it and saw it’s really hard to communicate what it means to have a really socially distanced and live music show, we decided it’s not really worth trying,” Malcoun explained. “The very last thing we want is to be the epicenter of a new outbreak.”

Malcoun acknowledged in a tweet Tuesday that his bar is “technically ALLOWED to be open at reduced capacity right now … we are closed because it’s UNSAFE and irresponsible to be open.”

“If Trump had taken this virus seriously from the beginning and imposed a national strategy to address it venues like the Pig would be open by now and you would be enjoying live music again,” Malcoun tweeted. “But instead he chose to weaponize COVID for his own political gain and has convinced his supporters that the medicine is the illness.”

Malcoun also responded to the Beacon’s report, saying the story “is not about me or any individual.”

“I am the mechanism for telling a story on behalf of thousands of others,” he tweeted. “Right now thousands of venue employees and musicians are out of work and millions of fans were robbed of live music experiences. That is the real tragedy.”

In addition to co-owning the bar, Malcoun is the co-founder of Cahoots, a coworking destination for tech startups in Ann Arbor, the CEO of the software company Nutshell, the president of CKM Capital Partners and a board member of the ACLU of Michigan, according to his LinkedIn profile.