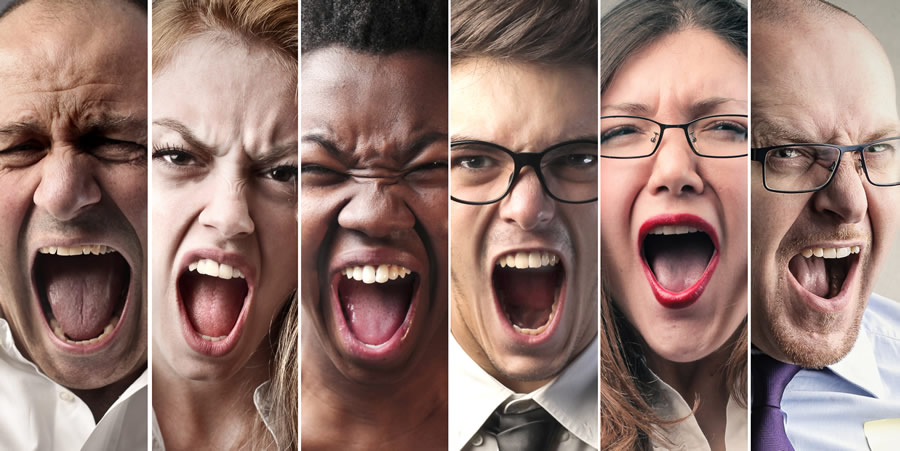 It (the Guillotine) was the sign of the regeneration of the human race.
It superseded the Cross. Models of it were worn on breasts from
which the Cross was discarded, and it was bowed down
to and believed in where the Cross was denied.
— A Tale of Two Cities by Charles Dickens

Eject the Cross and You’ll Erect a Guillotine

Both the cross and the guillotine present themselves as the answer to injustice. But while one brings justice and reconciliation, the other brings only bloodshed to its victims, and addiction to vengeance to its users.

So said Dickens in his take on the French Revolution’s “Great Terror,” describing masses drunk on rage who poisoned the air with an epidemic of wrath, infecting many, intimidating the rest.

His characters, like today’s marching vandals, rioters, and police-haters, had their various social and political demands. But their obsession was the Guillotine.

Its terrorizing effect on the public was their daily bread, the execution of Aristocrats their daily entertainment. They were pumped with rage, their drug of choice, which like all drugs gratified but never fully satisfied. In that wrathidemic, as in ours, ragers raged, while forever jonesing for more.

But before you condemn rage, consider its origins.

Dickens does just that, beginning his Tales with close-ups of abuse in the city of St. Antoine, where families are bled dry by taxes, where starvation and misery are so rampant that people drink spilled wine out of cracks in the street, and where Aristocrats speeding in their carriages can run a child over and shrug.

By the time the tables are turned and La Guillotine appears, it’s hard not to cheer.

You stop cheering, of course, once you see how tyrannical the formerly oppressed become, and how comfortably and hypocritically they assume the oppressor role. A Tale of Two Cities shows people as drunk on power as they are anxious to lash out at the innocent and the guilty alike.

My, how far we have not come.

Our cultural Guillotine, to the cheers of many, has appeared. It’s now trendy to denigrate whites as racists, police as brutes, conservatives as fascists. Threats against all three are often made, and when violence against them is committed, plenty of folks minimize it, justify it, or both.

But before this sickness started to spread there were other sins, not all of them ancient. Sure, we’ve always flinched at the images of slavery, Jim Crow, KKK lynchings.

There’s also, though, the wake up call of last May’s image – a prone, helpless African American begging a white man to let him breathe. There’s last February’s image – two white men with no legal authority detaining then killing a black jogger unfortunate enough to have passed them on the road.

Then there are the unseen images (hundreds? thousands?) of racially-motivated violence, or suspicions, or contempt, that were never videotaped, that we never saw, but that others experienced and can’t forget.

The Cross is definitely being replaced with the Guillotine in our public square. But it was also missing anytime someone of one race abused someone of another.

You don’t have to join the Left’s distorted view of America to recognize that while the nation is not inherently racist, racism exists within it. Always has; still does, probably more than most of us know.

The Cross is definitely being replaced with the Guillotine in our public square. But it was also missing anytime someone of one race abused someone of another. Having no respect whatsoever for the Black Lives Matter movement, I know that black lives matter. Whenever that sacred fact has been ignored, seeds for wrath have been sown.

But an Unjust Reaction

In light of that, how do we assess the crowds rampaging across American cities?

Most conversations I’ve heard break them down into three groups:

I’d say all of them are part of the march. Let’s also, though, consider the participation of people discovering, repeating, then getting hooked on the Joy of Wrath.

People are hungry for a cause. Specifically, they crave one in which there’s an Oppressor to fight, and an Oppressed to defend.

Join up and you are a Right Person fighting a Right Cause. There’s your first taste of Social Righteousness.

Now march, and you’re aggressively declaring your rightness. Confront, accuse, and scream at Oppressors, and you’re not only Right, you’re now Daring. Then damage or even destroy the Oppressor’s property, and congrats! You’ve graduated from Right Person to Wrathful Avenger.

The Ashwood Recovery clinic described this dynamic: “Research has shown that the brain gets both a dopamine and adrenaline rush from being right in an argument.”

Elaborating on the “high” you can get from that alone, they continue:

People who love adrenaline a little too much will use other people to get that rush – by causing conflict, instigating arguments, creating drama, and even exploding at other people in anger or frustration.

When you argue and win, your brain floods with different hormones: adrenaline and dopamine, which makes you feel good, dominant, even invincible. It’s the feeling any of us would want to replicate.

So the next time we’re in a tense situation, we fight again. We get addicted to being right. (Emphasis mine)

No wonder people get hooked on this kind of behavior. It lets them be publicly right, becoming the declared winners in an argument won by intimidating and silencing their opponents.

Dickens’ revolutionaries knew a thing or two about that. They delighted in conquering and humiliating any perceived adversary, constantly rehearsing how many had been guillotined the day before, how many were slated for beheading today, and how there were never enough executed Aristocrats to satisfy them.

Madame DeFarge nicely summed up this attitude of her day and ours, when challenged by her husband to consider how excessive her vengeance was becoming: “Tell the wind and the fire where to stop, but don’t tell me.”

Where the gospel’s gentle influence is refused, look for a riptide of treacherous influence to replace it. Look no further, by the way, than tonight’s news.

But the Ejected Cross is still the Relevant Cross, just as surely as the Rejected Christ is still The Christ.

So those of us who cleave to it and Him are commissioned to speak to this epidemic of wrath, with empathy and action.

With empathy, because injustices have been committed. So have atrocities, and both have, too many times, been met with indifference by an uncaring majority.

We are not helpless in the face of national upheaval. Indeed, it’s in times of greatest confusion that the Gospel has been, against the backdrop of such darkness, especially bright and inviting.

Never forget that the Cross is about, among other things, justice. So much so that God the Father refused the anguished cry of God the Son who asked that He be spared the cross if there was any other way. (Matthew 26:39)

There wasn’t, that’s how immovable God’s insistence on justice is. Sin had to be punished, no negotiation allowed. When God’s righteous standards are violated, He takes it so seriously that, to insure the rightful penalty, He gave but did not spare the ultimate gift. (John 3:16)

Let’s translate His intolerance for sin by weeping with anyone who’s suffered unjust treatment, making sure they know we may not ever fathom what prejudice has done to them, but we care and hurt with them regardless.

Then let’s follow tears of empathy with redemptive action, correcting the problem when we can, holding the guilty accountable, and enacting legitimate reforms instead of scorched-earth destruction.

We are not helpless in the face of national upheaval. Indeed, it’s in times of greatest confusion that the Gospel has been, against the backdrop of such darkness, especially bright and inviting.

May we, the Light of the World, be always and forever the same.