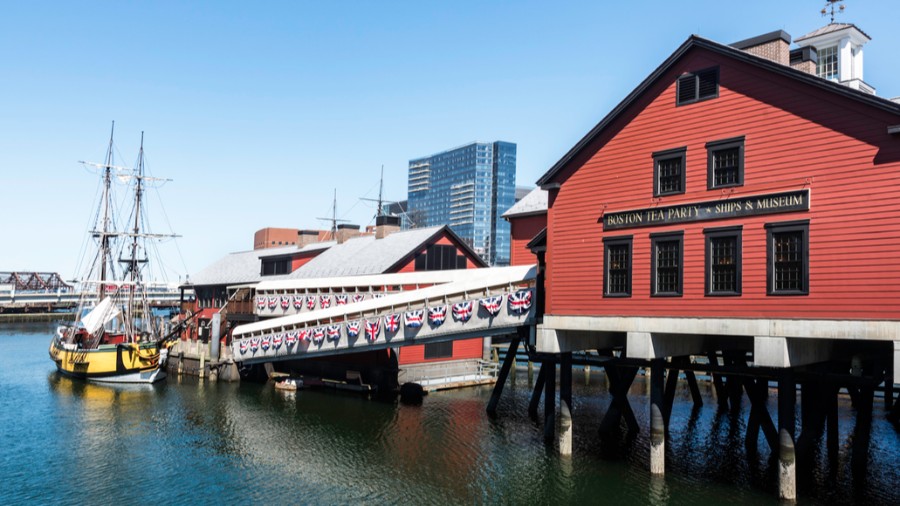 Lawful protest in the American political process isn’t the same as the lawless rioting, looting and destruction of lives and property that became a threat to the public in the past week.

The death of a black man, George Floyd, at the hands of a white police officer May 25 in Minneapolis sparked widespread protests there and across America. Many of the demonstrations, despite the general lockdown and stay-at-home orders still in place during the coronavirus pandemic, have been peaceful. However, in many cities, vandals and looters are destroying public and private property and ransacking minority-owned businesses among many others. Several people have been killed amid the violence. Defacing a monument to the 54th Massachusetts, a regiment of all-volunteer black soldiers during the Civil War, hardly seems like an appropriate or reasonable protest of Floyd’s killing, or racism in America, or really anything else.

These shameful and destructive actions have been denounced by many — including Floyd’s family  — and are a direct assault on the rule of law. Unfortunately, some have taken to justifying the violence we’ve seen in recent days and have been making a direct comparison to the Boston Tea Party and other acts of rebellion in the American colonies leading up to the Revolutionary War.

Associating the violent destruction of a police station and wanton looting of businesses this past week with the Boston Tea Party is an abuse of history.

“The destruction of a police precinct is not only a tactically reasonable response to the crisis of policing, it is a quintessentially American response, and a predictable one,” journalism professor Steven W. Thrasher at Northwestern University wrote in Slate, adding: “The uprising we’ve seen this week is speaking to the American police state in its own language, up to and including the use of fireworks to mark a battle victory. Property destruction for social change is as American as the Boston Tea Party.”

The insinuation is that the destruction of the 3rd Precinct police station in Minneapolis, or looting and arson, is somehow in line with venerable American traditions and can lead to positive change within the American system of free government. This is nonsense.

In the early 1770s, discontent was brewing in Boston and other parts of the British colonies in America in response to a series of acts passed in Parliament putting duties and taxes on various goods vital to the economy of the colonies. The taxes were obnoxious enough, but what was truly intolerable to the American colonists was that they had no say in the laws, no avenue to have representation in the British Empire’s governing body.

The Tea Act of 1773, which led to the Boston Tea Party, actually was, in part, a lowering of a previous tax. This too was unacceptable. Yes, the taxes were bad enough, but the rate of taxation was not, ultimately, the issue at hand. Instead, it was the colonists’ belief that they were living under an arbitrary and increasingly authoritarian government, that their pleas for change would be effectively ignored.

The American colonies, with a long history of self-rule and belief that they were British subjects just as much as those living in London, saw the actions of the British government as looming tyranny. Instead of finding ways to accommodate the colonists’ fears, as some wiser statesmen such as Edmund Burke were imploring Parliament and King George III’s ministry to do, the British government tightened the screws. Confrontation was becoming inevitable.

Boston stewed with discontent in the winter of 1773. Colonists refused to let ships that brought tea owned by the East India Company — essentially a monopoly backed by England — to be unloaded for sale in the city. It’s important to note too that colonists had negotiated for weeks simply to have the ships filled with tea sent back to England rather than force a confrontation. British law mandated that duties on goods aboard ships be paid within 20 days, or authorities would seize the ships and sell the items.

The owner of one of the tea-carrying ships, Francis Rotch, pleaded with the crown-appointed Massachusetts governor to allow him to sail back to England, but the governor repeatedly denied his request. When Rotch returned to Boston on the evening of Dec. 26, 1773 and delivered the bad news to Boston’s Committee of Correspondence that his request had been rejected, the die was cast.

A group of townspeople associated with a patriot group called the Sons of Liberty, many dressed as Mohawk warriors, went into action. Historian Jack Rakove recounted what happened next in his book, Revolutionaries: Inventing an American Nation: “Once the ‘Mohawks,’ numbering fifteen or twenty a vessel, boarded the ships, the crowd watched silently as 340 massive chests of East India Company tea were hauled on deck and whacked open with axes; then the contents were thrown overboard. By 9 p.m. a cargo valued at a hefty nine thousand pounds sterling was weakly brewing in the low-tide waters.”

The Sons of Liberty carefully targeted their protest. They opposed an arbitrary and obnoxious tax, not a ship owner, and certainly didn’t intend to harm Bostonians. They conducted themselves in as orderly a fashion as possible. In fact, Samuel Adams, one of the leaders of the Sons of Liberty, insisted that the protest occurred “without the least injury to the vessels or any other property.” The Sons of Liberty broke a padlock to get to the tea inside, but replaced it the next day. They certainly didn’t take that moment to rob their local businesses or burn buildings to the ground.

Not everyone was convinced. Notably, George Washington and Benjamin Franklin weren’t pleased with the property destruction, however justified, and disapproved when riots previously erupted in response to Parliament’s “Intolerable Acts,” as they were called. Franklin and Washington, like numerous other American colonists at the time, hoped that a lawful resolution was possible despite their opposition to the British government’s actions in general.

Columnist Dan McLaughlin, writing in 2014 for The Federalist, was correct in saying the reason Americans so fondly remember the Boston Tea Party and other incidents of rebellion in the American colonies is “not because rioting was morally justified or successful in bringing about its aims, but because we see the ultimate result that those outbursts led to the American Revolution.” The Boston Tea Party was an act of rebellion from a colony revolting against the use of arbitrary power, which the Declaration of Independence later explicitly cited as the reason for the colonies to separate from England.

Our System of Free Government

The Constitution and the governing system created by the founding generation following the Revolution was designed to ensure that American citizens did not have to suffer arbitrary government. We, unlike the colonists of the 1770s, would have the chance to petition authorities, conduct elections and seek representation in government.

It’s worth noting that when groups of Americans organized militias to oppose taxes in the 1790s and threatened to topple local authorities in Pennsylvania, President George Washington personally led a military force to crush it. Violent resistance to duly passed laws, whether good or not, would be met with force.

Laws may not change and — as the world is not perfect — injustices will still occur under our system, but we have the tools to appeal to ballots over bullets that the colonists didn’t. This is the cornerstone of liberty and self-government. Associating the violent destruction of a police station and wanton looting of businesses this past week with the Boston Tea Party is an abuse of history. It makes a mockery of our constitutional, free government.