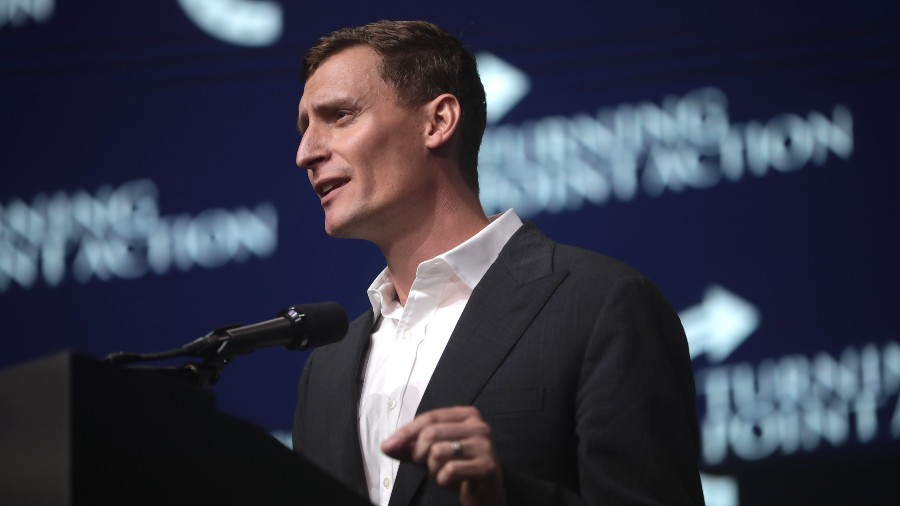 Republican Arizona Senate candidate Blake Masters said overturning Roe v. Wade wasn’t good enough and that the government needed to step in and restrict abortions nationwide in a Thursday appearance on the podcast The Truth with Lisa Boothe.

The Supreme Court is likely to overturn Roe this session, a leaked draft opinion revealed May 3, meaning states would be able to regulate and restrict abortion as they did prior to 1973. Masters argued the federal government needs to step in to ban late-term abortions in states that want to continue allowing them after Roe is overturned.

At other points today, some GOP senators had muted praise for the draft substance.

Romney: "I support a decision to return a decision on abortion to the states."

Rounds: Overturning Roe "in my opinion would be good"

Portman: "I'm pro-life, so I'm not discouraged by that" https://t.co/4wbHNA4tCS

“They use this sort of Federalist language, federalism, to try to just get off the hook,” Masters said. “But I don’t think you can simply return the issue to the states, ’cause I don’t think that California, or Oregon should allow Planned Parenthood to go in at seven or eight months in utero and kill babies, sever spinal cords and dismember babies. And that’s what the left really does want to do, to be clear … At some point the federal government has got to step in and protect life.”

“If Roe’s overturned, that question will go back to the states, it’ll be up to the individual state legislators”-@TedCruz told me. Texas, of course has one of the most restrictive abortion laws in America https://t.co/xEfDBZfHGE

Masters said some conservatives take the path of least resistance on abortion by advocating for the end of Roe and for states to decide their abortion laws individually without taking a firmer stance on what those laws should be.

“You hear so many Republicans saying, I think, just the bare minimum on this issue because it can be controversial and they want to play it safe,” he said. “I think the safe course, what political consultants would encourage people to say, is ‘Let’s hope the Supreme Court overturns Roe v. Wade’ — which obviously they should — ‘and then let’s return this issue to the states.’”