Stacey Abrams is Wrong for Georgia and America 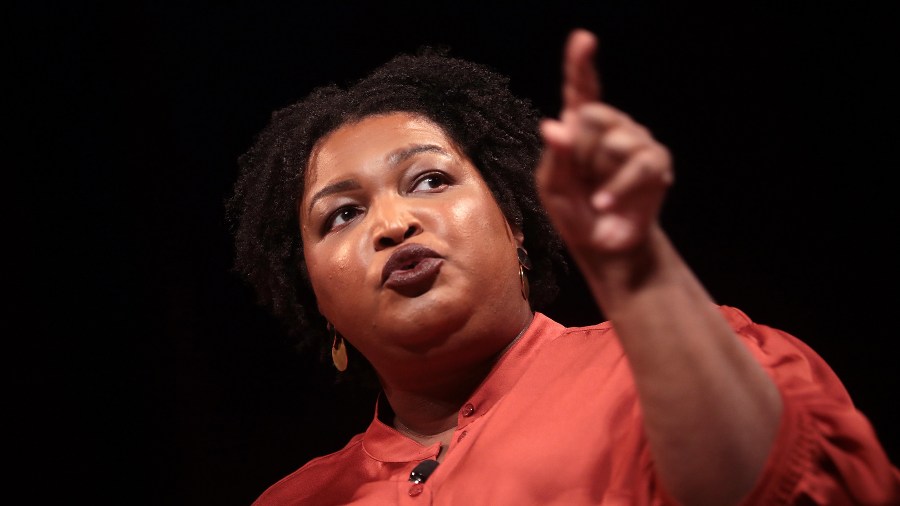 Stacey Abrams is running for Governor of Georgia again this year, a role she has repeatedly said she actually won in 2018. But I don’t want to talk about Ms. Abrams being an “election denier,” which she clearly is. I want to talk about something near and dear to Ms. Abrams: “barriers to access.”

A Self-Absorbed Desire for National Prominence

Abrams led the nationwide mob, including Major League Baseball, which attacked Georgia’s 2021 election reform law as an effort by “racists” to suppress the vote among people of color like her and me. That stunt cost the majority-Black community of Atlanta around $100 million in lost revenue. Local Black business owners, who had been excitedly preparing for a huge influx of customers, were devastated — as were their employees, who had been eagerly anticipating inflated tips and overtime pay.

President Biden took Ms. Abrams’ lead and on May 26, 2021 called the new Georgia voting laws “Jim Crow in the 21st Century” and “Jim Crow 2.0.” All these histrionics were based on the fact that the law required voters to present some form of identification before voting and prohibited outside groups from using refreshments as a form of electioneering. Supposedly, these were evil Republican schemes to depress minority turnout.

She refuses to take a stand against the very real “barriers to access” afflicting the Black community because she would rather focus on promoting her lies about voting rights.

Abrams and the activist groups she controls have spent millions of dollars attacking Georgia’s new voting laws in court, forcing Georgia taxpayers to cover seven-figure legal bills even though her challenges ultimately proved that there was nothing discriminatory about the laws.

The real world evidence also disproves Abrams’ hysterical claims. Already, voting in the mid-term elections in Georgia is at an all-time high, surpassing turnout in the hotly-contested 2020 presidential election and the 2018 midterms. Did that make Ms. Abrams rethink her earlier charges of racism regarding the new voting law? No: she just changed a few notes in her “woe is me” tune.

The Very Real ‘Barriers to Access’ That Stacey Abrams Ignores

Ms. Abrams, desperate to revive her sinking chances of replacing Governor Brian Kemp, is now pivoting to say that voter suppression of Black people is not about voter turnout, but rather about “barriers to access.”

What I wish Ms. Abrams would talk about are the real “barriers to access” that people of color face today, including many constructed by ourselves.

For me, the initial “barrier” is the continued destruction of the nuclear family, and it is a barrier that helps create or impact all other barriers. According to the U.S. Census Bureau, single-parent homes — typically just the mother — among Blacks increased from 22 to 55 percent between 1960 and 2013 and today stands at a depressing 65-70 percent. Much of the progress we made during the 1960s civil rights crusade has effectively been undone by this trend.

What typically follows from this is poverty and a subsequent “barrier to access” of quality education and parental involvement in that education. In Black America, a lack of quality, sustained education often leads to even more poverty or prison, and sometimes both, especially among young Black men.

The “barrier to access” of safe communities is growing more dire in this country, especially in urban communities — which is code for “Black neighborhoods.” We all watched in the 2020 Summer of Love as “peaceful protestors” — Black and white — looted, burned, injured, and murdered their way through so many communities in America. We heard the ridiculous screams of “Pigs in a blanket; fry ‘em like bacon” and calls for the defunding or “re-imagining” of police by people who had no clue what sort of harm they were seeding with their words and acts of violence.

Did Stacey Abrams speak out against the growing barrier to safe communities? Of course not — in fact, she justified the violence.

There are more “barriers to access” Stacey Abrams ignores in her self-absorbed desire for national prominence. There is one that literally makes me weep: the “barrier to access” to life. Ms. Abrams’ aggressive pro-abortion stance has taken an almost ghoulish turn lately. Last week she declared that abortion was a way to combat the runaway inflation crippling Georgians and the rest of our nation. That notion not only defies Economics 101, but also Humanity 101.

So let’s stop taking Stacey Abrams and her crocodile tears seriously. She refuses to take a stand against the very real “barriers to access” afflicting the Black community because she would rather focus on promoting her lies about voting rights. As the turnout numbers demonstrate very clearly, Georgia’s new voting laws succeeded in their goal of making it easy to vote, but hard to cheat!

Ken Blackwell, Chairman of the Council for National Policy Action (CNPAction )is the former Secretary of State of Ohio.

Madison on the Chopping Block?

The Age of the Absurd

The Best Thing Most Americans Can Do to Make America Better