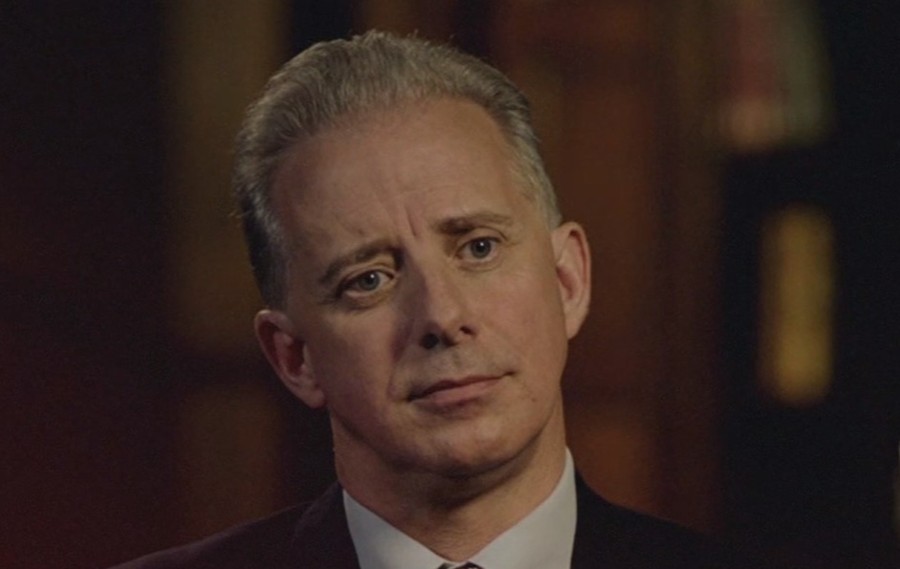 The Stephanopoulos/Steele interview aired by ABC “News” was actually part of an hour-long “documentary” produced for HULU called “OUT OF THE SHADOWS: The Man Behind the Steele Dossier.” I’ll just tell you right now, we have not been able to bring ourselves to watch. I know my slogan is, “We read the news so you don’t have to,” but neither I nor my staff can stand the idea of sitting through it. Life is too short, and there is too much real, serious investigation to keep up with.

So we should thank California Rep. Devin Nunes, who headed the House Intelligence Committee during their investigation of “Crossfire Hurricane,” for making himself watch the whole blasted thing, which he calls “entirely fiction.” For “ABC News to put out something like that is just bizarre,” he said, quipping that ABC should move their headquarters to Fantasyland at its parent company’s Walt Disney World.

Nunes suspects the media don’t really still believe what Steele said about Trump is true, but that “there’s something more nefarious going on.” He said he has “no idea, you know, what’s behind this — the timing, the release of this. That anybody would be defending Steele or those dossiers … at this point is an absolute joke.”

Will Durham Be Able to Continue His Investigation?

He has confidence that Durham is doing “a real investigation,” but he’s concerned that it might not continue, “because we know DOJ is completely politicized.”

So, will Durham be able to continue looking into the FBI’s investigation (“investigation”) of the Clinton Foundation? During AG Merrick Garland’s cringeworthy testimony before the House Judiciary Committee last Thursday, he avoided saying. As part of his larger investigation of the FBI’s “Crossfire Hurricane,” Durham has been looking into whether donors to the Clinton Foundation got special treatment from then-Secretary of State Hillary Clinton.

Garland was asked specifically if Durham would continue free of political influence, but he skirted that question. He did say that because budgetary provisions are public, we “would know if he weren’t continuing his work.” Hey, thanks, Mr. Attorney General!

Christopher Steele — Anything But Professional

John Solomon at Just the News followed up in detail after the ABC interview, saying that Steele’s main source and even his friends undercut his claims of “professionalism.” Steele’s work was anything but.

Of course, we already knew that the FBI had to terminate him as a “confidential human source” because he had leaked to the media. Some professionalism.

What’s especially interesting about this latest news from Solomon is that it sheds light on how much information came to Durham from the lawsuit filed against Steele by Alfa Bank, the financial institution wrongly implicated in that story of computer servers “pinging” between their offices and Trump Tower. (Alfa Bank prevailed in that lawsuit.) Steele’s own legal team gave statements in a London courtroom stressing that the dossier was not verified, that much of its information was not corroborated, and that he suffered from “strong anti-Trump biases.”

“It is raw intelligence,” they said last year. “It is the basis for further investigation by the recipients. So to put the bar too high in terms of establishing accuracy at that stage would be quite wrong in principle.”

“We can say,” they also stated, “the critical consideration is that his confidential human intelligence was not factual evidence to be used in a personal or public report or in court or anything like that … It was raw intelligence to be passed on as part of a much bigger intelligence picture.”

Someone should have told that to then-CIA Director John Brennan, back when he was insisting the dossier be included in the intelligence agencies’ assessment of Trump’s so-called “Russia” connections. One wonders why he treated such an easily discredited piece of fiction as if it were the Dead Sea Scrolls.

And as for the “much bigger intelligence picture,” we know that, despite what Brennan has tried to claim, the dossier was the cornerstone for “Crossfire Hurricane.” The FBI would not have gotten the warrant to spy on Carter Page without it; in fact, they had been turned down for a similar warrant before.

Solomon’s commentary includes links to the pdf’s of relevant testimony from the Alfa Bank case. He’s got footnotes from our own intelligence community discrediting the dossier (Brennan obviously wasn’t listening). He’s even got pdf’s of the FBI’s notes from their interview with Steele’s primary sub-source, who called it “bar talk and gossip.”

Judicial Watch unearthed still more documents that undercut Steele. JW President Tom Fitton told Just The News he was dismayed that ABC News would be lending credibility to the dossier now. “I was disappointed that ABC … gave him, you know, more time to spread this disinformation,” Fitton said. “… He’s been, in my view, thoroughly debunked by official and unofficial investigations, documents you’ve uncovered, we’ve uncovered, the IG has uncovered.”

Bruce Ohr at the Justice Department — whose wife Nellie Ohr did research for Fusion GPS — warned that it was unverified raw intelligence and that Steele seemed “desperate” to defeat Trump.

Even former National Security Council expert Fiona Hill — remember her from Trump’s impeachment? — who is the person who introduced Steele to his sub-source (thanks, Fiona!), dismissed the dossier as a “rabbit hole,” likely Russian disinformation mixed in with other information that might or might not have been true.

Solomon links to a pdf of a recently declassified FBI re-interview with Steele himself, along with business partner Christopher Burrows, acknowledging his anti-Trump bias in the fall of 2017. The FBI had to know good and well what they were dealing with.

Solomon links to much more — he characterizes this as an “avalanche” — that shows Steele and his work for exactly what they were. And yet when Steele sat down with Stephanopoulos, he admitted only that the dossier was not “100 percent” and defended it. It’s shameful that ABC “News” did this horrid piece of “journalism.”

As for Michael Sussmann, he’s not looking too impressive, either. Durham has filed an opposition to his motion for a bill of particulars, arguing that his 27-page “speaking indictment” more than adequately informs him of the charges he faces.

TechnoFog has deciphered Durham’s reply and thinks subpoenas will be going to the DNC, the Hillary Campaign/Hillary for America, Georgia Tech University, and the team of cyber experts working on the Alfa Bank hoax, Fusion GPS, and “numerous companies” involved with “Tech Executive – 1,” identified as Rodney Jaffe.

This and much more leads him to think the perpetrators in the Alfa Bank hoax will be charged and that the investigation is much more expansive. He brings up CrowdStrike as well — referencing, in fact, the article at Real Clear Investigations by Aaron Mate that we brought you a few days ago. A close look at CrowdStrike would “strike” at the heart of what the DNC was up to with the Russia Hoax.

For more on this, here’s a colorful piece from John Solomon.