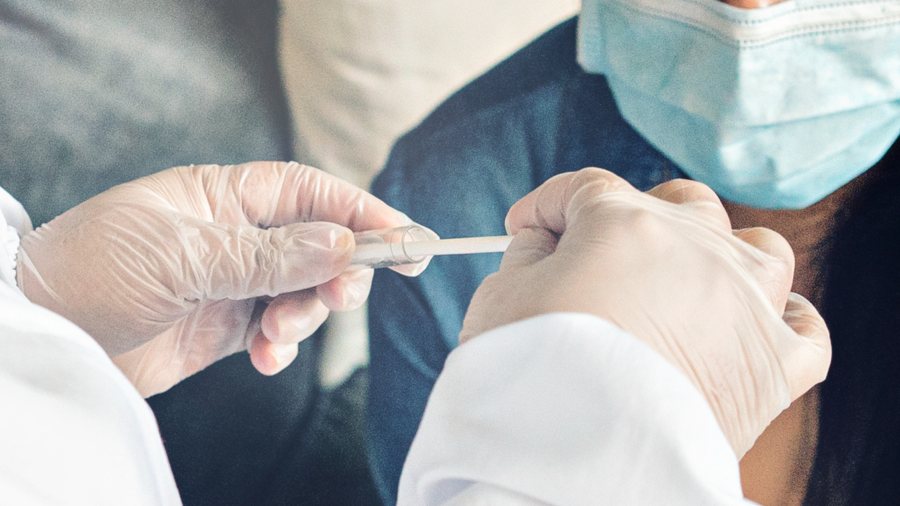 The first Spanish study on how the Omicron variant of COVID-19 infects, incubates, and transmits was recently concluded by the Public Health Observatory of Cantabria.

Findings of the Study

The findings, which have not yet been peer reviewed, show that the highly infectious variant accounted for nearly half of the infections recorded during the whole pandemic. One reason Omicron has proven so transmissible, researchers discovered, is that the window for transmission is earlier than previous variants.

“Half of the infections occurred before the onset of symptoms,” researchers said.

“This would imply that the effectiveness of measures such as screening, rapid testing, or isolation would decrease significantly in the absence of preventive measures such as distance, limiting mass gatherings or social gatherings,” researchers said.

Perhaps the most consequential finding in the research, however, is that vaccines did not appear to reduce the spread of the virus.

This is a departure from the Delta variant, researchers said, where transmission differences were found in vaccinated households and workplaces.

The study was based on 622 Omicron cases (and their 1,420 contacts) detected in Cantabria, a region on Spain’s north coast, in December 2021.

The findings out of Spain are just the latest example of why COVID-19 continues to spread despite human ingenuity and the widespread efforts of central planners to tame the virus.

Unlike previous pandemics, governments around the world took sweeping actions to restrict basic freedoms out of fear of the deadly pathogen. Businesses were closed, speech restricted, free assembly denied, and bodily autonomy was violated.

Despite these efforts the virus, now in its third year, continues to rage, and in many parts of the world governments have been slow to rescind harmful policies despite their ineffectiveness.

To its credit, parts of Spain have proven much more responsive than other parts of the world.

Last week, public health officials in Catalonia, an autonomous province in northeast Spain, and several other provinces, announced they were scrapping vaccine passports in light of this new evidence.

A committee of scientists told Catalonia’s regional government that because of the nature of Omicron, “a large part of the population is once again susceptible to getting infected whether or not they are vaccinated or have already had the illness.”

“The effectiveness of the compulsory use of the COVID certificate is reduced as an extra level of security,” scientists added.

The requirement to show a COVID passport had been in place since November in Catalonia, the second most-populous community in Spain, with some 7.7 million people. Smaller regions in Spain, such as Cantabria and Asturias, also have reportedly announced they will no longer require COVID passports for people to enter bars, restaurants, and other public spaces.

European media point out that Spain has suffered from widespread Omicron outbreaks even though the country boasts one of the higher vaccination rates in the world.

“Despite high levels of vaccination in Spain where 90.7 percent of people over the age of 12 are fully immunized,” The Local reports, “coronavirus cases exploded in Spain over the Christmas holidays, giving it one of Europe’s highest incidence rates.”

Catalonia in Spain has announced they are scrapping the use of covid passports to access public areas like restaurants etc.

Looks like they are listening to the freedom protests.

The Pre-Eminence of His Own Plan

While the effectiveness of vaccines in slowing the spread is questionable, there is still an abundance of evidence suggesting that vaccines can significantly reduce the likelihood of falling seriously ill from COVID-19.

Dr. Jay Bhattacharya, a professor of medicine who studies epidemiology at Stanford University, credits his own speedy recovery from COVID to the vaccines and has praised them as “a wonderful achievement.”

But Bhattacharya has said vaccines are primarily a matter of personal health, not public health, since the benefits of vaccination lay primarily with the individual, and has argued that efforts to mandate vaccination erode confidence in public health.

The new research out of Spain, combined with recent data from the CDC that show natural immunity confers more protection from some COVID variants than vaccines, reveals the folly of these coercive policies.

Vaccine passports are inherently unjust because free people require free movement, but they become both unjust and ridiculous when they fail to reduce the transmission of the virus or account for natural immunity.

Provinces in Spain that are rescinding their vaccine passport policies in light of this new evidence deserve some credit, because this does not come naturally to state planners.

In his work Socialism: An Economic and Sociological Analysis, the economist Ludwig von Mises noted how difficult it is for bureaucrats to relinquish control over their own plans.

“What those calling themselves planners advocate is not the substitution of planned action for letting things go. It is the substitution of the planner’s own plan for the plans of his fellow-men,” Mises wrote. “The planner is a potential dictator who wants to deprive all other people of the power to plan and act according to their own plans. He aims at one thing only: the exclusive absolute pre-eminence of his own plan.”

For those wondering why many countries continue to use coercive policies even in light of this new evidence, the words of Mises offer a beam of understanding.

Fortunately, many countries around the world — including the United Kingdom, Denmark, and the Czech Republic — are beginning to see the error and injustice of these coercive measures.