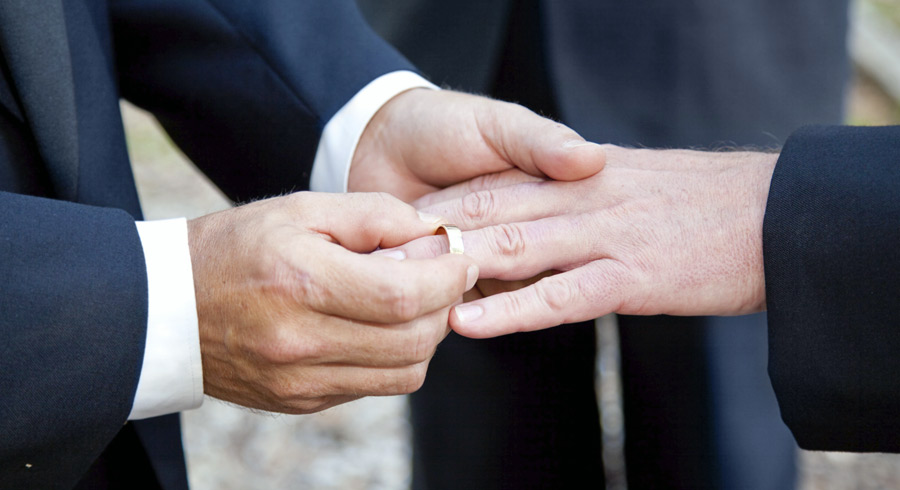 That’s the message one prominent pastor is sending to some 16 million members of the Southern Baptist Convention.

“But there’s a coming a day, I believe, that many Christians personally and churches corporately will need to practice civil disobedience on this issue.”

The foundation for such a possibility was laid Wednesday morning in Columbus, Ohio where the current and former presidents of the nation’s largest Protestant denomination sent a strong message to the country.

What would it look like if 16 million Southern Baptists engaged in civil disobedience?

“We strongly encourage all Southern Baptist pastors, leaders, educators and churches to openly reject any mandated legal definition of marriage and to use their influence to affirm God’s design for life and relationships,” the statement declared.

While affirming their love for all people — regardless of sexual orientation, the former Southern Baptist presidents said the “cannot and will not affirm the moral acceptability of homosexual behavior or any behavior that deviates from God’s design for marriage.”

“Our first duty is to love and obey God, not man,” they emphatically stated.

Graham, who was elected president in 2003 and 2004, was among those signing the statement. In all—  some 35 years of Southern Baptist leadership was represented.

He told me Christians must be prepared for the aftermath of a court decision that legalizes gay marriage.

“Many people must be willing to count the cost on this,” he said.

So what would it look like if 16 million Southern Baptists engaged in civil disobedience?

“I hope we never live to find out what that looks like,” Graham told me. “There are many Christians today who are preparing if necessary to go to jail.”

I’ve known Pastor Graham for years and I’ve never known him to use hyperbole. His words and his predictions are sobering. And he hopes the Supreme Court and Washington, D.C. hear what Southern Baptists are saying.

“We want them to know our voices will be heard,” he declared.

The issue of same-sex marriage has already been addressed by attendees at the denomination’s annual meeting. Delegates, known as messengers, approved a resolution opposing gay marriage and Southern Baptist Convention President Ronnie Floyd delivering a fiery sermon vowing not to obey the court’s decision.

Graham said they are calling on Southern Baptist business owners and public sector workers to stand together as well—  knowing full well they could lose their jobs and careers.

“We are concerned about Southern Baptist Christians in the marketplace – in the media and corporate world,” he said.

He related the story of a deacon in his church who politely declined participation in his company’s “diversity day.”

“He’s already been sent to human resources and he received a semi-threatening letter from the CEO,” Graham said. “It’s already happening – the punishment—  the discrimination.”

Denominational leaders are warning churches and Christian schools to be prepared for potential lawsuits from LGBT activists as well as the threat of losing tax exempt status.

“The punch that is most deadly is the one you don’t see coming,” Graham said. “You need to see this coming. It’s coming your way. It’s coming to a town, a city, a university, a college, a church near you,” he said.

Todd Starnes is host of Fox News & Commentary, heard on hundreds of radio stations. His latest book is “God Less America: Real Stories From the Front Lines of the Attack on Traditional Values.” Follow Todd on Twitter@ToddStarnes and find him on Facebook.

This column first appeared on Todd Starnes American Dispatch, June 17, 2015, and is reprinted with permission.

The LGBT Bully Squad is Coming for Your Church Next