Soros: Reports of His Death Are Greatly Exaggerated 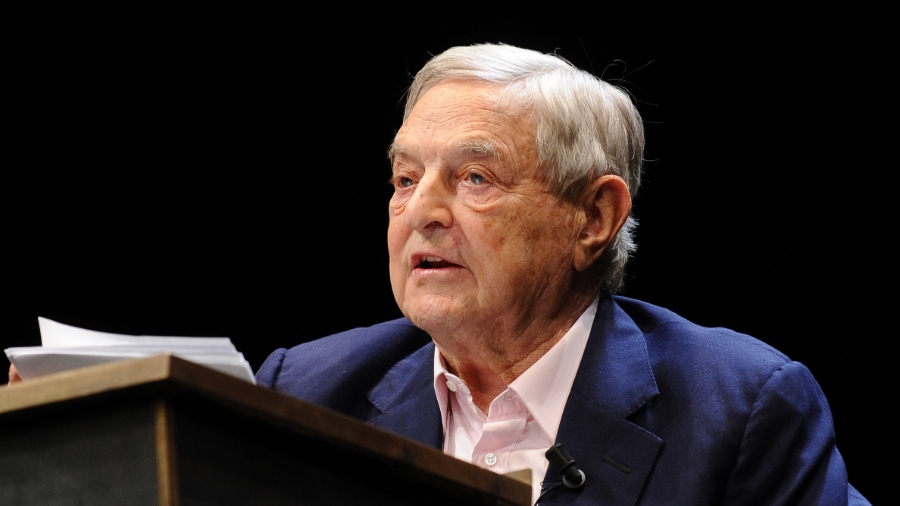 A reader wrote in to note it had been a long time since he’d seen George Soros and asked us to find out for sure if he’s even still alive. The answer: I have to confirm that, yes, Soros is still alive, at least as of May 25. On that day, he appeared at the World Economic Forum in Davos — after all, what would the WEF be without George Soros? — and was preserved for posterity on video.

The 91-year-old “billionaire philanthropist,” as he is euphemistically described, definitely looks and sounds aged in this video, extremely so, but there he is. To those who like to picture the fires of hell licking at his heels, I would point out that upon his death, there’s no telling how many radical leftist/globalist organizations will be raking in money after the reading of his Last Will and Testament.

According to Wikipedia, he has, over the years, donated $32 billion to the Open Society Foundations. Only $15 billion of that money has been distributed so far. And in March of 2021, his net worth was still estimated at $8.6 billion. So after he’s gone, his legacy will endure.

Chilling: ‘I Was Only a Spectator’

Here’s a link to the video. He begins speaking, answering reporters’ questions about Ukraine, at about 3:00. I recommend checking this out even if you don’t want to watch him — just scroll down and read the sharp comments, one after another after another! We like this one: “Soros is like a glazier who walks around town at night breaking windows and the next morning he’s offering his help…”

His thinking: Hey, if I hadn’t done it, somebody else would have! It all would have unfolded the same way regardless, so I bear no responsibility for the consequences. I might as well be the one making money.

Speaking of Wikipedia, the entry on Soros offers a great example of why you don’t want to rely on it for anything other than basic facts (such as a birthdate). The summary glosses over Soros’ survival of Hitler’s “final solution,” saying that “Soros survived the Nazi occupation of Hungary and moved to the United Kingdom in 1947.” How he survived is much more complicated than that, and later paragraphs minimize his experience during that time and, in particular, how he felt about it. While Soros was only a young teenager then and probably had a much more limited role in assisting in his protector/guardian with the confiscation of Jews’ property than many believe — he said he was only present and seeing it happen — he said it was “not a problem” for him.

In this now-infamous 60 Minutes interview from 1998, he said (starting at 7:45) that posing as a Christian while watching his fellow Jews being shipped off to death camps was “when my character was made.” He learned “that one should think ahead, should understand and anticipate events” when one is under “threat of evil.” But when interviewer Steve Kroft asked him if it was difficult for him, as a Jew, to go from house to house with his guardian as the worldly goods of the other Jews were confiscated and they were sent to concentration camps, he answered, “Not at all, not at all. Maybe as a child [editorial note: he was 14], you don’t see the connection, but it created no problem at all.”

He continued: “Well, actually, in a funny way [editorial note #2: funny??], it’s just like in markets — that, if I weren’t there — of course, I wasn’t doing it — somebody else would be taking it away anyhow, whether I was there or not — I was only a spectator — the property was being taken away.”

So Soros says that he himself wasn’t physically removing the property; he was 14 years old and simply accompanying his guardian while this was happening. But listening to his matter-of-fact account of this and how he felt about it is chilling.

The King of Rationalization and Compartmentalization

As for his extremely consequential moves in world markets, he told Kroft, “Whether I or somebody else does whatever is happening in the markets, it really doesn’t make any difference to the outcome. I don’t feel guilty, because I’m engaged in an amoral activity which is not meant to have anything to do with guilt.” Well, okay then.

Yet here’s what Wikipedia says about the right’s condemnation of Soros:

His extensive funding of political causes has made him a ‘bugaboo of European nationalists.’ The New York Times reported in October 2018 that ‘conspiracy theories about him have gone mainstream, to nearly every corner of the Republican Party.’ Numerous American conservatives have promoted false claims that characterize Soros as a singularly dangerous ‘puppet master’ behind many alleged global plots. Conspiracy theories targeting Soros, who is of Jewish descent, have often been described as antisemitic.

It also says that “because of his Jewish identity, wealth and philanthropy, Soros has been described as ‘the perfect code word’ for conspiracy theories that unite antisemitism and Islamophobia,” essentially dismissing valid criticisms of this meddlesome man as born of prejudice. Soros apologists fail to understand that our criticism has nothing to do with his Jewish heritage or even the fact that he is a wealthy man.

Consider that in the 60 Minutes interview, Soros said this: “I am basically there [playing the markets] to make money. I cannot and do not look at the social consequences of what I do.” Yes in almost the same breath, he contradicted himself: “…I am actually trying to do the right thing, and sometimes what I do has an unintended negative consequence.” Later in the interview, under questioning by Kroft, he acknowledges this dichotomy, saying, with a slight smile, that he is “one person, who at one time engages in amoral activities and the rest of the time tries to be moral.”

It seems that Soros’ ability to manipulate markets (and, indirectly, elections?) is rivaled only by his talents for rationalization and compartmentalization. Not surprisingly, we also learned from Wikipedia that his degrees from the London School of Economics are not in economics but in philosophy. His thinking: Hey, if I hadn’t done it, somebody else would have! It all would have unfolded the same way regardless, so I bear no responsibility for the consequences. I might as well be the one making money.

Anyway, reports of Soros’ death are greatly exaggerated. And if you don’t like that, well, according to Wikipedia you’re just a conservative who doesn’t like rich Jews.