Their Son is Suicidal Because of Bullying. They Blame an Obama-Era School Discipline Policy. 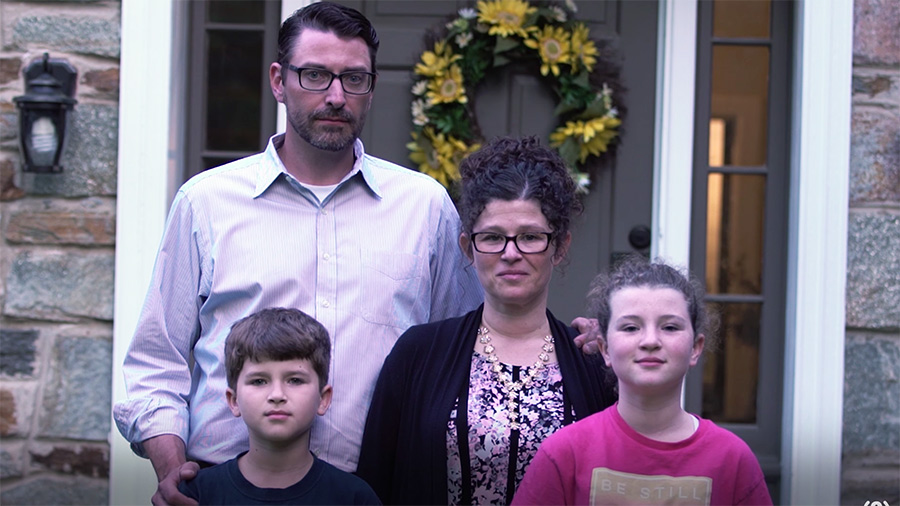 PARKVILLE, Md.—Nicole Landers found a note written by her 9-year-old son, Jared. “Kill me. I mean nothing. I have issues,” it read.

Her son’s April 16 note, Landers said, was the culmination of months of bullying Jared endured in the classroom. That bullying included being struck in the face and thrown in the mud by another student. Even threats of electrocution.

“Jared has been relentlessly bullied,” his stepfather, Josh Landers, told The Daily Signal. “To the point of being suicidal.”

The Landerses tried addressing the situation with officials at Pine Grove Elementary School in Carney, Maryland, where Jared, who has since turned 10, is in fourth grade.

The parents provided documentation to The Daily Signal of bullying reports they filed with Baltimore County Public Schools throughout the year, including communication from April, when the situation became dire.

Nicole and Josh Landers say their 12-year-old daughter, Tamar, has faced multiple instances of sexual harassment in the same school district. They say Justin, their 18-year-old son, was threatened after reporting a student with a knife in class at his school, Loch Raven High School.

Officials at Baltimore County Public Schools, the parents say, are unable to provide a safe learning environment for their three children, who remain enrolled in the school district. They blame an Obama-era school discipline policy.

The U.S. Department of Education had good intentions in establishing the policy, noting that black students in the 2011-12 school year were three times as likely to be suspended and expelled as white students. Many argued that high suspension rates for minority students contributed to a “school-to-prison pipeline,” where already disadvantaged children ended up incarcerated.

To address this disparity, the Obama administration established new school discipline guidelines in 2014. Using the threat of civil rights lawsuits, the policy urged the nation’s schools to use positive reinforcement instead of punishing students’ bad behavior by suspending or expelling them.

“We went from a policy of zero tolerance to extreme tolerance,” Josh Landers says. “All that it has done is caused chaos within classrooms. It has disarmed teachers from having the ability to control their classes and stay safe and protected. Students are bullied relentlessly.”

In order to address this, Nicole and Josh Landers started Parents Against School Violence, a group that is calling on Education Secretary Betsy DeVos to rescind the Obama administration’s 2014 guidance. DeVos is in the process of reviewing those guidelines, and hasn’t made a decision.

The Landerses, however, say they don’t have time to wait. Next year, they plan to send Jared and Tamar to private school.

“I’m not confident that both of the children we still have left in the public school, that they would both come out alive or not seriously harmed,” Nicole Landers says.

“We’ve done some investigations with a couple of private schools, and we’re going to bite the bullet,” Josh Landers adds.

The Landerses say they aren’t sure how they’ll pay for private school, but that extra work, second jobs, and God will help.

“We will go to whatever lengths that we have to, to ensure not only their most basic safety within the school system, but also the benefit of a healthy education,” Josh Landers says of Jared and Tamar.

Watch The Daily Signal’s feature video to learn more about this policy and hear the Landerses’ full story.