Some Thoughts on Beth Moore and John MacArthur 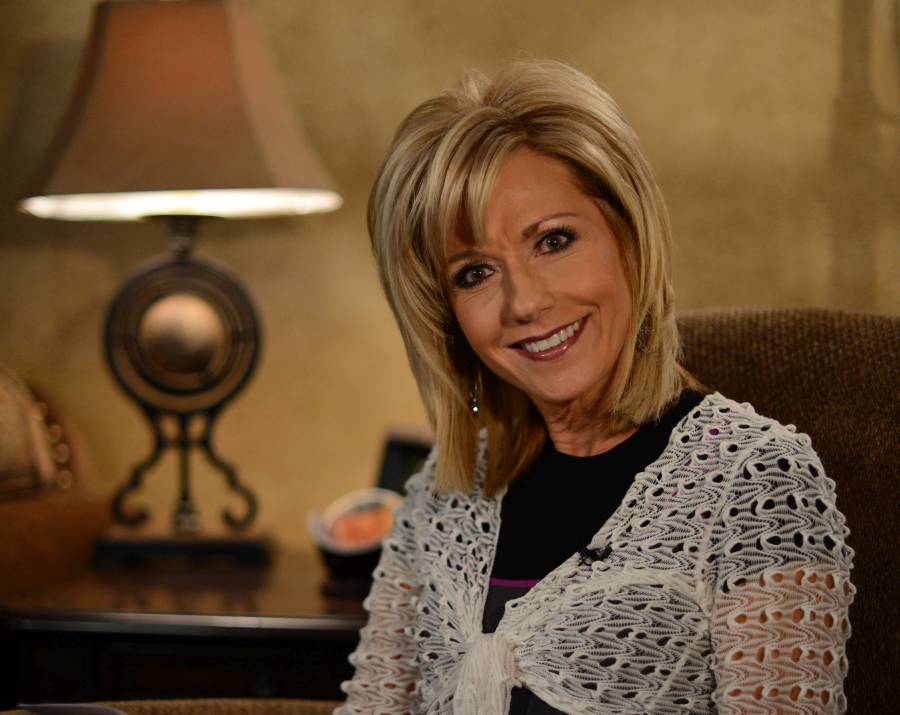 As founder and publisher of The Stream, let me state openly how much I love Beth Moore and John MacArthur. Throughout my more than 50-year ministry, both of them have blessed me and my family, and the entire church family. On more than one occasion, both have expressed respect, honor and appreciation for my ministry and the outreaches of LIFE.

We share Joe Dallas’s articles often on The Stream. Here is one I personally appreciate, and I pray all believers can learn to love one another, allow “iron to sharpen iron” and see our Savior clearly revealed by the reality of our love one for another. Thank you, Joe.

I doubt you need the backstory, but in case you missed it, last week renowned pastor and author John MacArthur was asked during a panel discussion to give a one-word reaction to the equally well-known name “Beth Moore.” His two-word response? “Go home.”

We’re not sure where that came from. Did Pastor MacArthur mean Mrs. Moore should not, as a woman, ever speak in public, and therefore should take the next bus home? Did he think it’s OK for her to speak, but doesn’t like what she says when she does speak, so he wants her to say it only at home? Did he think she was on third and needed to sprint to the plate? Whatever his “Go home” was meant to convey, just scan Facebook and you’ll see plenty of uproar over it.

The general consensus is that MacArthur’s comment was dismissive and arrogant, an unwarranted slap against a vibrant, influential fellow minister who happens to be female.

His position as a Complementarian (one who holds the view that women should not serve as pastors, preachers, or teachers to men) is not under fire so much as his tone, which was applauded by those in attendance but has generated widespread boos elsewhere.

Moore, in contrast, probably energized her following with a direct response to MacArthur which was a study in gracious assertion:

Here’s the beautiful thing about it & I mean this with absolute respect. You don’t have to let me serve you. That gets to be your choice. Whether or not I serve Jesus is not up to you. Whether I serve you certainly is. One way or the other, I esteem you as my sibling in Christ.

Reading the multiple comments folks are making about this, what stands out to me is not so much the difference between Complementarians and Egalitarians (those believing the Bible places no limits on female leadership), but the assumptions the two groups often have about each other, the way those assumptions are communicated, and the “at the end of the day” level of importance we should place on this age-old debate about women preaching.

Let’s look at each of these.

The Complementarian is often assumed to be a sexist hiding behind theology. Yet sexism is, by definition, “prejudice, stereotyping, or discrimination … on the basis of sex.”

Well, yeah, there are guys who show prejudice against women, treating and stereotyping them with open contempt. But you can’t accuse Complementarians of that just because of their theological position. Their writings and, in most cases, their actions don’t show any belief in the superiority of men over women, nor do they assume that women are all a certain way or type. (See here)

You could technically say they discriminate (not a dirty word; anyone who says something is right or wrong discriminates) since they believe that a limited number of roles or offices are intended for men only. So they discriminate by determining, according to their best understanding of scripture, which roles or offices are best suited for which sex. (See Chuck Swindoll’s article on the subject, where he supports female gifting and leadership short of the the elder board or the pastorate.)

But whether you share it or not, the belief that God assigned men and women certain roles or offices is a big jump from the belief that one is of more value or competence than the other. As a feminist friend of mine wrote years ago, “Equal does not mean the same; difference does not mean deficiency.”

Far from being Good Ole’ Boy sexists, Complementarians generally do recognize women’s gifts, encourage their use, and celebrate their ministries with few and limited parameters drawn.

I knew, for example, prominent Complementarian pastors who would bus their congregations to attend the late Kathryn Kuhlman’s preaching and healing services, or invite women of influence like holocaust survivor Corrie ten Boom to testify to (and yes, exhort) their flock. So their belief in sex-specific roles hardly negated their appreciation of women’s anointing and capacities. Sexism, then, is by no means a shadow automatically trailing Complementarianism.

Orthodox Christians may differ over the role of women, yet those differences neither make nor break a conservative’s credentials.

Certainly, some who’ve rejected the Complementary view have rejected a high view of scripture as well, but the one needn’t follow the other. No one should be assumed to have abandoned orthodoxy just because of an Egalitarian stance.

Take Pastor Jack Hayford, a revered conservative leader, who’s openly expressed the egalitarian view . Or the International Church of the Foursquare Gospel, founded by Aimee Semple MacPherson and led by men and women, where “liberal” and “Foursquare” aren’t even good friends, much less dating.

And Billy Graham’s daughter Anne Graham Lotz preaches a gospel message as unvarnished as her father’s. Indeed, a 60 Minutes segment showed Dr. Graham in his later years informing Anne, before he stepped onto the platform of a crusade, “I feel a lot better knowing that you’re here because if anything happens to me, you can just step up and take over.”

So let’s not make assumptions about each other based on where we stand on this issue. Complementarians are generally not anti-woman, and while Feminists may be Egalitarian by nature, Egalitarians should never be presumed to be Feminist.

Paul’s advice to the Romans, “Let everyone be fully persuaded in his own mind.” (Romans 14:5) is pretty relevant here. We can each examine the scriptures ourselves like good Bereans (Acts 17:11) then conclude, having prayerfully analyzed and compared verses (II Timothy 2:15) where we’ve landed on the topic of female leadership. It’s a subject to wrestle with.

But not to divide over, much less take cheap shots over, and there’s my biggest disappointment in all of this. I disliked Pastor MacArthur’s “go home” remark because I felt it was condescending and uncalled for. But no less so than the many remarks I’ve read since then about MacArthur.

I refuse to call him, as many are now doing, a buffoon, chauvinist, or prideful jerk. On the contrary, the man has faithfully preached, taught, and written about the Word for decades with a consistency and discipline I admire hugely.

That admiration is one sided — I am, after all, both a Charismatic and a Counselor, two C’s that don’t sit well with him — so I approve of him far more than he’d ever approve of me. Still, he doesn’t deserve to be denigrated or have his motives and character called into question, as many are now doing. On this point let’s take a lesson from Beth herself who plainly said, “I esteem you as my sibling in Christ.” That he is.

Which is, I guess, why I’m so disappointed in his remark, and even more so, in the enthusiastic approval he got from those present when he made it. Some say it sprang from sexism; some say it was ego.

I say we’ve got a sweeping problem of worldliness infecting way too many of us.

This is the age of the mob scene, the tantrum, and the sad, juvenile tendency to run and observe whenever someone yells “Fight! Fight!” We gather around controversy for entertainment, and we follow people who huff and puff and berate others, stupidly telling ourselves their public aggression is strong leadership; deep conviction. Dear Lord, what a sad trend has settled onto America!

But we, the church, can do better. We can do it by denying ourselves permission to use social media as a platform to belch when a reasoned statement is called for.

We can call each other out if we resort to name calling, put-downs, and sarcasm.

We can believe in each other enough to believe we can all state opinions without robbing the dignity of another, and we can refuse to give our allegiance to cultural influencers who may hold a good position, but express it so boorishly that they bring out the worst in us.

So come on, all of us. Grace and truth. Speech seasoned with salt. Speaking the truth in love. All that stuff we punctuate our conversations with.

Beth Moore herself recently tweeted some advice along these lines: “Let’s cool it on the slander towards JMac et al. Doesn’t honor God. Let’s move on.”

If we can’t even manage that, then let’s take Pastor MacArthur’s advice instead, and just go home.