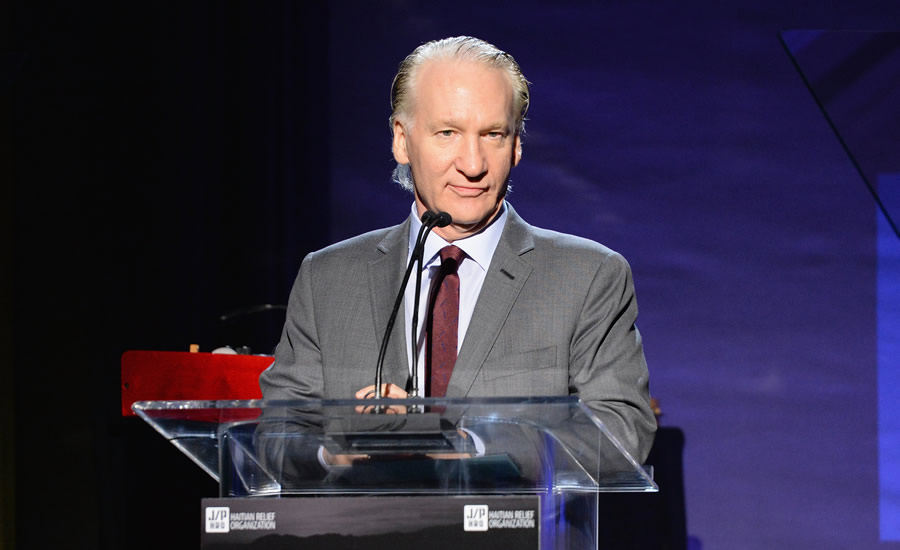 A mounting discontent with “cancel culture” is emerging, even in some liberal circles.

On a recent episode of Real Time, host Bill Maher dedicated a monologue to the cancel culture phenomenon. Maher is very much a man of the left, and of course used some of his time to attack Republicans.

It’s Real, Undeniable, and Out of Control

But he also noted that cancel culture from the left is real, undeniable, and out of control.

“Liberals need a Stand Your Ground law … for cancel culture,” Maher said. “So that when the woke mob comes after you for some ridiculous offense, you’ll stand your ground, stop apologizing.”

He then criticized those who deny cancel culture’s existence.

The first step to defeating the absurdity of the woke left is to draw it out in the light and expose its absurdities.

Just days before, Disney+ and Lucasfilm decided to cancel actress Gina Carano from their series The Mandalorian, ostensibly for her social media posts that they didn’t agree with, and more likely than not for simply being a conservative in Hollywood.

Maher finished his monologue by saying that some of the woke crusades sound like they come from The Onion, a parody website.

Not only did the Dr. Seuss estate remove six books from publication, but the books were scrubbed from Amazon and eBay. Even President Joe Biden’s “Read Across America Day” message scrubbed any reference of the once-beloved children’s book author.

The activists demand, the institutions obey.

It’s one thing to see the problem for what it is. The first step to defeating the absurdity of the woke left is to draw it out in the light and expose its absurdities.

The next step is to take action to reform the institutions that have been captured by this ideology, or build new ones that won’t back down in the face of the woke moral panic.

This is what former New York Times opinion editor Bari Weiss called for in a recent New York Post editorial.

The New York Times brought in Weiss to deepen the readership’s perspective after the 2016 election of President Donald Trump. Weiss is a centrist who on many issues leans left, but she was treated like a pariah from the moment she began working for The Times, not only by angry mobs on social media, but by members of The New York Times staff. It got so bad that she eventually resigned.

Her resignation letter is well worth reading.

Now she and others are starting the challenging work of building new institutions to replace the old ones.

It’s clear, for instance, that the Americans Civil Liberties Union is morphing into a more openly progressive organization, willing to uphold and enforce the dogmas of the left.

As a conservative, I’m not surprised.

Just look at the transformation of college campuses. They were once home to the “free speech movement,” when the left didn’t have nearly as much cultural and institutional power. Now that they are in charge, you will find few places in America where speech is more under threat than a modern college campus.

Just as worryingly, there is a growing movement to redefine racism that has been more normalized by our most elite institutions. Critical race theory posits that racism is structural and endemic. Equality under the law is portrayed as an excuse to perpetuate this systemic racism.

The only way to not be racist, according to these theories, is to be “anti-racist” and embrace laws and practices that may be racially discriminatory to promote “equity.”

Nevermind if the laws are outright tyrannical.

Question the new wokeness and you will often be called a racist and quickly canceled. So who will actually stand up for the principle of free speech, rational debate, and pursuit of the truth?

Is Martin Luther King Jr.’s dream for a world in which we judge people based on merit rather than skin color — an idea that came to be embraced by Americans across the political spectrum — a thing of the past rather than the future?

Despite this rising tide of wokeness, there are some on the left who still take free speech seriously and are aghast at the new racial essentialism.

Dissidents in the Cancel Culture Crosshairs

It’s these dissidents who are often first in the cancel culture crosshairs, after all. They are often closer to the institutions that have been poisoned by the woke ideology and are the first ones to be targeted by its inquisitors.

It would be foolish at this point to rely on the ACLU to come to your defense when the mobs are looking to destroy you.

Weiss and a long list of others formed an organization that could fill this gap.

The Foundation Against Intolerance and Racism, which includes many prominent dissident liberals, is “dedicated to advancing civil rights and liberties for all Americans, and promoting a common culture based on fairness, understanding, and humanity.”

Here is what the organization says it stands for:

We defend civil liberties and rights guaranteed to each individual, including freedom of speech and expression, equal protection under the law, and the right to personal privacy.

We advocate for individuals who are threatened or persecuted for speech, or who are held to a different set of rules for language or conduct based on their skin color, ancestry, or other immutable characteristics.

We support respectful disagreement. We believe bad ideas are best confronted with good ideas — and never with dehumanization, deplatforming, or blacklisting.

We believe that objective truth exists, that it is discoverable, and that scientific research must be untainted by any political agenda.

We are pro-human, and promote compassionate anti-racism rooted in dignity and our common humanity.

All pretty basic stuff that is now controversial in the current political and cultural climate.

This is a good start, but it must be followed up by other efforts to save our civil society from devolving into a woke, repressive nightmare.

Jarrett Stepman is a contributor to The Daily Signal and co-host of The Right Side of History podcast. Send an email to Jarrett. He is also the author of the book The War on History: The Conspiracy to Rewrite America’s Past.