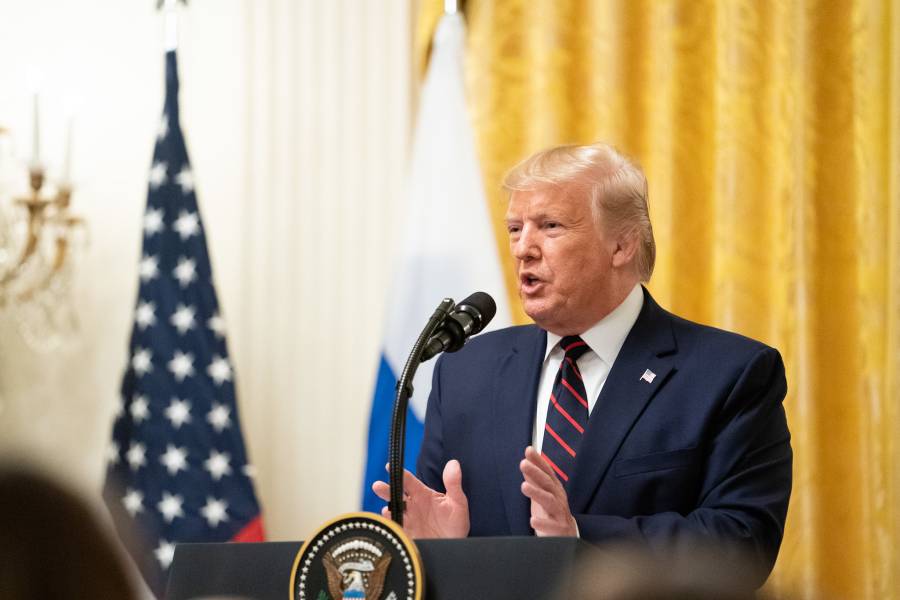 Rudy Giuliani may rant, but once again he’s right concerning the actions of President Trump. At a time when almost the entire media are conducting an exercise in groupthink, Rudy can devastate their argument in just a few sentences:

The fact is, the President of the United States has every right to ask countries to help us in a criminal investigation that should be undertaken … suppose the political opponent committed murder; what are we gonna do? He’s a political opponent, so you don’t investigate him? The fact is, this is not a political opponent; it didn’t start that way. … I started this investigation long before he was a candidate … solely for one single purpose: because I’m his defense lawyer, and it exonerates him. It shows there was a lot more collusion in Ukraine than in Russia and that Joe Biden materially assisted in getting some of that covered up.”

And the alleged corruption goes back way before that — to the ‘80s and ‘90s, he said over the weekend to Howard Kurtz on FOX News’ Media Buzz. And when Kurtz pointed out, accurately, that many people are uncomfortable with the idea of the President’s personal lawyer doing this investigation instead of the government, Giuliani agreed that the government should be doing it — but that they’re not. And he knew how corrupt some of our own FBI officials were, he said, citing Andrew Weissmann.

“I didn’t go after Joe Biden,” Giuliani said. “They [the Ukrainians] handed it to me.” In fact, they were the ones who showed him the video we’ve all seen of Biden’s “confession” on stage during that 2018 meeting of the Council on Foreign Relations. (So that’s where that came from.)

Giuliani also rightly pointed out that if a Republican had bragged about withholding foreign aid to get someone fired who just happened to be investigating his son, the media would have gone insane — I assume that means more insane than they are now.

Notice that in just about every media report you’ll see, there’s an apparently obligatory statement about the accusations against Biden being unsubstantiated by any evidence. Not true, as we know, but that assertion will be included in the story. Never mind the three sworn affidavits that show Biden was, well, bribing foreign officials to fire an inconvenient person.

Giuliani explained that he’s not trying to knock out one of Trump’s main political rivals, as Kurtz suggested, but rather “to investigate what is massive corruption in the Obama administration — a pay-for-play scheme that goes back to the early days…”

It’s hard to imagine the media having more of a meltdown than they are having right now, over the quip Trump made on the White House lawn urging Ukraine and China to investigate Joe and Hunter Biden. Why, it’s “a national emergency”!

Once again, the media fail to understand Trump and the provocative way he uses language. If Trump or any U.S. official really wanted to do something underhanded, he’d avoid the glare of the cameras, talk privately to foreign leaders and cut some kind of deal or threaten them to do his bidding. (Um, isn’t that what Joe Biden did with the Ukrainians to get their prosecutor fired?)

In other words, Trump was goading the press and talking off the top of his head, not making a serious request of President Xi. It’s like that joke he made about the Russians finding Hillary’s emails. The media didn’t get that, either. Both of these quips had underlying points to make: the first about Hillary’s carelessness with classified material, the second about the need for foreign countries to investigate the “pillage” that has gone on.

As bad as it is now, we can expect this insanity to build in anticipation of U.S. Attorney General John Durham’s report on the role played by foreign nations such as Ukraine in a counterintelligence effort directed against the Trump campaign in 2016. It won’t surprise you to hear that former CIA Director John Brennan, speaking on MSNBC, tried to discredit his work:

I’m supposedly going to be interviewed by Mr. Durham as part of this non-investigation…I don’t understand the predication of this worldwide effort to try to uncover dirt, either real or imagined, that would discredit that investigation into Russian interference.

No predication? How about the use of a phony “Russian dossier” to start a counterintelligence investigation of Trump and fraudulently obtain a FISA warrant to spy on his campaign? How about what looks to be the use of undercover agents in foreign countries to spy on them, CIA-style, and plant information with them, such as the idea that Russia had emails to and from Hillary Clinton that could damage her campaign? Those are just for starters.

Certainly the CIA had no business being involved in any of this, and John Brennan’s fingerprints appear to be all over it. And if anyone can conduct a responsible investigation, it’s Durham. He’s been described by former Attorney General Michael Mukasey as “straight as the edge of a ruler.” He has “a thirst for anonymity.” No one can honestly say he’s partisan. We investigated cases under Janet Reno during the Bill Clinton administration and was suggested by Eric Holder to investigate the reopened case on CIA interrogations.

Consistent with what Giuliani said about the Justice Departments enlisting the aid of foreign countries for their investigations, Mukasey observed that this was indeed “absolutely” appropriate. It’s characterized as “seeking dirt” on an opponent when it really is a legitimate attempt to find out what happened. Nice to see that Giuliani isn’t a lone voice crying in the wilderness and that rational people (besides me) agree with him.

Mukasey called Trump’s comment about China investigating the Biden’s “bad form, for sure,” but that it didn’t involve criminal activity. He also pointed out that there was activity by the Obama administration to get the Ukrainians to provide information on Trump’s then-campaign director Paul Manafort, “and I don’t see anybody being outraged about foreign meddling in a U.S. election, notwithstanding that a Ukrainian court found that Ukrainian officials HAD been induced to meddle into the U.S. election …”

One of the best commentaries I’ve seen about Trump and Ukraine — this one tying in the so-called “whistleblower” complaint about Trump’s phone call with President Zelensky — comes from Lee Smith at RealClear Investigations. This extremely comprehensive piece is a must-read; it makes sense of the whole mess (yes, it’s quite long, but definitely worth your time) and I encourage you to share.

He certainly answers John Brennan’s concerns about “predication.” Smith also has an intriguing new book coming out, entitled THE PLOT AGAINST THE PRESIDENT: The True Story of How Congressman Devin Nunes Uncovered the Biggest Political Scandal in U.S. History.