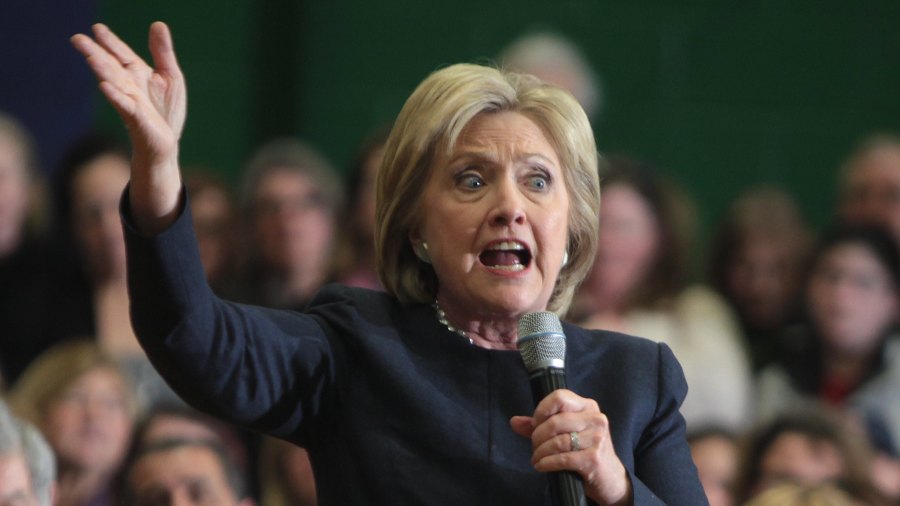 In fact, if you saw our reports last week about new developments in the Special Counsel investigation, Bartiromo’s interviews with both Solomon and former Director of National Intelligence John Ratcliffe will serve as a great summary and follow-up. (And if you didn’t see them, these interviews will help catch you up.) Here’s the link to that episode; Bartiromo’s coverage of the Durham probe starts about 17 minutes in.

Solomon, who told Maria the Danchenko indictment shows the Trump-Russia investigation was built on “lie upon lie upon lie,” has a new report at Just the News in which he shifts to Durham’s look at top FBI officials.

According to Solomon, Durham has two “buckets” of evidence he’s assembling — one implicating the Clinton campaign and the other involving top intel personnel and their willingness to mislead with falsified evidence in their pursuit of Trump. He told Bartiromo that “many other [intel] people are being examined at this moment.”

According to Solomon, Durham has two “buckets” of evidence he’s assembling — one implicating the Clinton campaign and the other involving top intel personnel and their willingness to mislead with falsified evidence in their pursuit of Trump.

“There’s no doubt there’s activity inside the grand jury right now,” he said, “aimed at looking at top level officials at the FBI.” Red flags were raised on the Steele “dossier” as early as August of 2016 but were obviously set aside. A month later, the CIA tied it to the Clinton campaign, but sent their report on this to … Peter Strzok. The FBI even had a spreadsheet indicating all the dossier’s impossible or uncorroborated claims.

Solomon says the latest criminal indictment, that of Christopher Steele’s primary sub-source Igor Danchenko — alleged to have made false statements five times to the FBI — is just as much an indictment of the FBI as it is of him. The FBI should have seen the serious flaws in the “dossier” even though Danchenko didn’t tell them about getting the material from Clinton ally Charles Dolan.

Incidentally, Dolan wasn’t Danchenko’s only named sub-source. One of the others, “Sub-source #4,” Alexey Sergeyevich Dundich, claims Danchenko “framed” him as a sub-source “to add credibility to his low-quality work.”

“My impression is that Mr. Danchenko fabricated the information published in the dossier to make quick money,” he declared. “It is apparent to me that the dossier is a deliberate fraud and a collection of idle rumors.”

Destroying Trust in the FBI

But if the “dossier” was so obviously bogus, why didn’t then-FBI Director James Comey, Deputy Director Andrew McCabe, and lead “Crossfire Hurricane” investigator Peter Strzok dismiss it as such? They clearly knew it was a hoax. As retired FBI intelligence chief Kevin Brock says,

The fact pattern that John Durham is methodically establishing shows what James Comey and Andrew McCabe likely knew from day one, that the Steele ‘dossier’ was politically-driven nonsense at the behest of the Clinton campaign. And yet they knowingly ran with its false information to obtain legal process against an American citizen. They defrauded not just a federal court, they defrauded the FBI and the American people.

He went on to say that this has destroyed trust in the FBI. “As Comey cashes his royalty checks from a book and a movie, where do everyday, working FBI agents go to get the Bureau’s reputation back? The damage done by Comey, McCabe and others to the trust that Americans have traditionally placed in the FBI is incalculable.”

Indeed, as the depth of this deceit becomes increasingly evident, there will no doubt be calls to dismantle the FBI and completely start over. I would say the person most qualified — and motivated — to restructure the intel bureaucracy might be none other than Mike Flynn. Now that would be justice.

I would also add that, in exploiting this fakery after Trump became President, it was they at the Justice Department — as opposed to Trump supporters — who were involved in a coup, ultimately engineered by Hillary Clinton and her allies. I hope this is where Durham is headed.

One defense the FBI will likely try, to defend itself against charges of corruption, is that this happened because of incompetent people at the top, but that doesn’t wash. As Solomon points out, one FBI official, Kevin Clinesmith, has already admitted to doctoring a piece of evidence that was used to get the Carter Page warrant. And these people are highly skilled at protecting themselves legally. Recall that Comey even gave up his security clearance so he wouldn’t be able to testify about classified matters. Not so incompetent when it comes to covering his backside.

Former chairman of the House Intelligence Committee Devin Nunes has known about the Clinton connection for years now.

We already knew the Steele ‘dossier’ was orchestrated and funded by the Democrats, and now we know that a Democrat operative, who’d been a registered Russian agent and was closely linked to Kremlin officials, served as a direct source for the dossier’s fabrications, he told Just the News in a reference to Charles Dolan. As I’ve said for years, the only people who colluded with Russians were the Democrats.

As for Peter Strzok, he went on MSNBC Thursday and actually denied to Rachel Maddow that there was ever an FBI investigation of the Trump campaign, which is a blatant lie. (I assume he’d justify this statement by saying Carter Page was no longer with the Trump campaign when they got the warrant against him; this is a dodge that is easily dismantled.) He said that what “certain far-right commentators” are saying about that is “nonsense.”

Solomon just smiled and shook his head at this, saying that Strzok’s own original statement that started the “Crossfire Hurricane” investigation was that they were “looking at whether individuals associated with the Trump campaign were coordinating or conspiring with Russia.” The Trump campaign was mentioned a dozen times in the first FISA application, submitted in October of 2016 at the height of the campaign.

“He was lying the other night,” Solomon said. “There’s no other way to say it politely.”

More Pieces of the Puzzle

Sara Carter, in an appearance this weekend on Steve Hilton’s Fox News show The Next Revolution, brought up a couple of interesting facts we didn’t know about Fiona Hill, a star witness in Trump Impeachment #1. Not only did she introduce Igor Danchenko to Christopher Steele, but she also introduced Clinton crony Charles Dolan to Danchenko.

All of these connections appear to center around the solidly anti-Trump “think-tank” the Brookings Institution, headed by big-time Clinton ally Strobe Talbott. Also, Hill was working closely at the time with H.R. McMaster, the person who replaced Michael Flynn as Trump’s new national security adviser after the FBI set Flynn up and destroyed his career.

It seems that practically every day, there’s another puzzle piece or two to put in place.