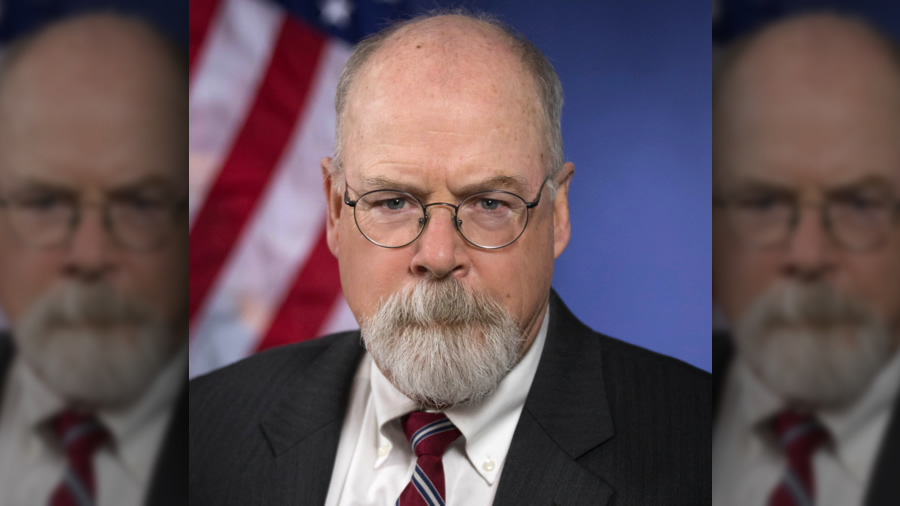 When John Durham left his position as U.S. attorney last week, many assumed this was the Biden administration’s way of cutting short his investigation into the FBI and “Crossfire Hurricane.” And you can bet that’s what they’d like it to be. Fortunately, though, in anticipation of that inevitable move, President Trump “promoted” Durham to special counsel, ensuring that his investigation of the FBI would continue no matter who was in the Oval Office. And now, John Solomon reports that Durham has had a big break in the case.

The story of “Crossfire Hurricane” has gone on so long — five interminable years — that, judging from the letters I receive, most Constitution-loving conservatives have given up hope that perpetrators at the FBI (and CIA, and State Department) will ever face legal consequences for creating an investigation of a major-party political candidate out of whole cloth. Whenever Republicans see an update, they roll their eyes and say, “Sure, right.” But according to Solomon, in an interview Sunday with Maria Bartiromo, Durham has seen a breakthrough by way of one FBI agent who is now cooperating.

This Could Get Interesting

“It’s a very active criminal case,” Solomon said, “a lot of witnesses, a lot of negotiation with lawyers. The big news is that a former member of the Comey-McCabe inner circle, one of the senior FBI executives — I don’t know which one yet — one of them has begun cooperating, and that’s opened up a tremendous amount of internal knowledge, being able to describe the nuances of evidence. Very big breakthrough for John Durham.”

Solomon said it’s “absolutely true” that there was no predicate for starting “Crossfire Hurricane.” He said Durham has a big question to answer, and it seems to me the answer is obvious: “If you open a false investigation and you sustain it with false evidence, does that amount to a crime?”

Durham would have to have permission from Biden’s DOJ to indict, so this could get very interesting. “All the signs are that they’re moving towards criminal charges,” Solomon said.

He posted a report Sunday showing how cozy the FBI’s relationships were with the media, and how inaccurate the news stories based on their self-professed “leak strategy” often were.

Yes, it’ll make you sick: Senior FBI officials under Comey and McCabe were on a first-name basis with reporters at The New York Times, CNN, The Wall Street Journal, and ABC News. Thousands of text messages declassified over the past three years show our agents agonizing over the storylines that were appearing in the press after they’d leaked information to them.

The media seemed at least as eager as the FBI to smear Trump with the negative stories and would exaggerate leaked information. Peter Strzok complains at one point that a Times story had gotten it wrong. “We are unaware of any Trump advisers engaging in conversations with Russian intel officials,” he texts. “Our coverage has not revealed contact between Russian intelligence officers and the Trump team.”

Of one mistake in the media, an agent is quoted as saying, “I’m glad it was so superficial. If they decide to start digging deep, we are screwed on trying to protect some of our stuff related to that case.”

Lisa Page writes back, “My guess is that we ‘suggest’ a good news story about the [Bureau]. To remind people that we are still the good guys trying to keep America safe, and not political operatives who sway elections.”

Ha, that’s a good one. They actually were political operatives swaying an election, but they didn’t want it told in the media that way. The FBI might have cared about their own reputation, but they didn’t bother to correct the fake stories about Trump and just let his new administration be damaged by them.

In fact, when interviewed by Solomon, former intel chief of the FBI Kevin Brock (“really respected across the political aisle”) said that after seeing all that he has seen in the past year, the only explanation he’s left with for why the FBI continued to sustain the “Trump/Russia” investigation when all the signs pointed to shutting it down is this: political bias.

Keep in mind, Durham’s investigation is important not just for accountability of those involved with “Crossfire Hurricane,” but also because the FBI is still involved in larger power struggles. For example, there are huge questions about what they knew before the January 6 breach of the Capitol Building. Former Director of National Intelligence John Ratcliffe said the FBI had information ahead of time that should have allowed them to prevent it.

They’ve since used the breach as a pretext for outlandish, banana republic-style security measures and even for using a “geofencing” tool to strip data out of a particular location during that event. They scooped up records from members of Congress that showed no connection to any of the rioters, but, as Florida Rep. Matt Gaetz said to Bartiromo:

If the legislative branch of government can be swept into a massive collection effort by political actors at the FBI and Department of Justice, just imagine what they can do to regular Americans that they want to target for their politics.

So it’s Donald Trump one day, members of Congress the next, but it won’t be long before the FBI becomes like every other agency of government, targeting their opponents, helping their friends, and we have to point out…that you’ve got Hunter Biden’s lawyer’s law partner who is now leading the criminal division in the United States Department of Justice. It should remove any sense of objectivity or credibility to the work that they’re doing.

He pointed out that Nancy Pelosi’s appointment of Lt. Gen. Russel Honoré to do the post-January 6 security review is like “having Gov. Andrew Cuomo do your sexual harassment policy review.” The way Honoré is conducting this, Gaetz said, ignores basic due process. Honoré even called for Sen. Josh Hawley to be disbarred, he noted.

A review is supposed to start with the facts and let those facts drive the investigation. You don’t start with your desired political outcome and then try to “reverse engineer” by the way you gather the facts.

Since Republicans have so little power right now, Gaetz said, the best we can do is “go out and tell the American people that these exercises have no credibility. They are not about law enforcement,” he said, “they are not about some upcoming, renewed attack on the Capitol. Remember when we were told that March 4 would be this cataclysmic, apocalyptic day and it turned out to be nothing? But they are trying to create a constructed threat to justify the continued occupation of our capital city…”

In other words, out of political bias, Democrat legislators and their eager accomplices are still as busy as ever creating false narratives. That’s why it’s important that the Obama FBI doesn’t get away with “Crossfire Hurricane.”