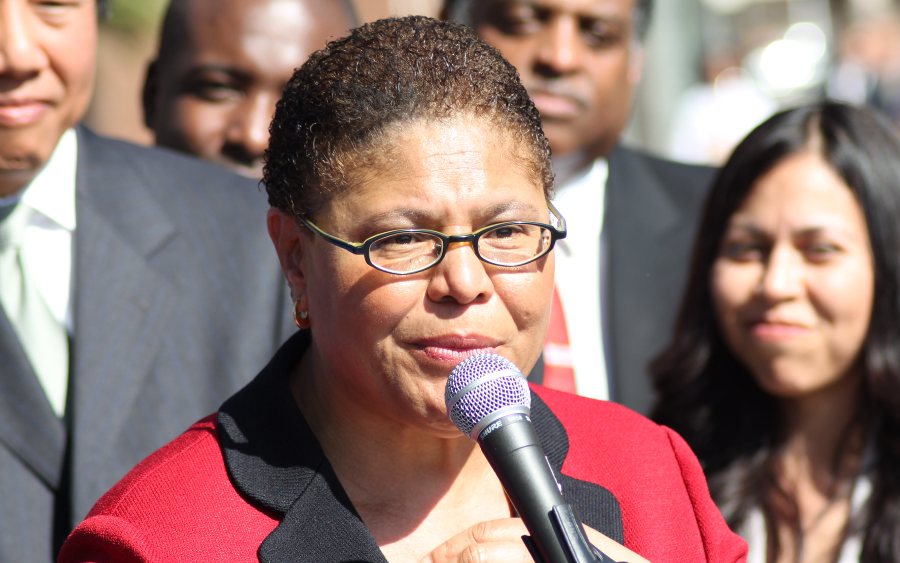 Democratic California Rep. Karen Bass is gaining ground in the Los Angeles mayoral race among those who are less affected by violent crime: white liberals.

Support for Bass declined from April to May among black and Asian voters and remained stagnant among Latinos, but support among white liberals surged, according to a UC Berkeley Institute of Governmental Studies poll shared by the Los Angeles Times. Rising violent crime since 2020 has disproportionally impacted black and Hispanic people, and the spike in murders from 2020 to 2021 was heavily concentrated in black and Hispanic neighborhoods, according to The Marshall Project.

Bass’ campaign has focused on social justice rather than crime, and Bass does not believe police are the answer the city’s crime problem, according to her campaign website. She said community organizations and trained experts, not police, should be given resources to deal with the root causes of crime.

Today I announced a plan to combat crime with deep, structural investments for communities across L.A.

We have to prevent the conditions that lead to crime and rehabilitate people who have made mistakes.

We can have safety and justice at the same time. https://t.co/0MbllPUPgV

Bass saw a 15 to 19 point increase in support among Democrats, white voters and women along with a 33 point increase from white liberals from April to May, according to the poll. Support fell 26 points among black voters and 2 points among Asian voters during the same timeframe, and Latino support remained the same.

Los Angeles saw a 30% reduction in crime during my time as President of the Police Commission. I've done it before, and I will do it again as your Mayor. #CarusoCan⁠ pic.twitter.com/UUGti9XXHY

Bass’ opponent, billionaire real estate developer and former Republican Rick Caruso, has emphasized the problem of crime in his campaign and has drawn public attention to his service as president of the Los Angeles Police Commission, during which time the crime rate reportedly fell 30%.

Bass and Caruso did not respond to The Daily Caller News Foundation’s request for comment.