Real feminism is about furthering equality for all women around the world. 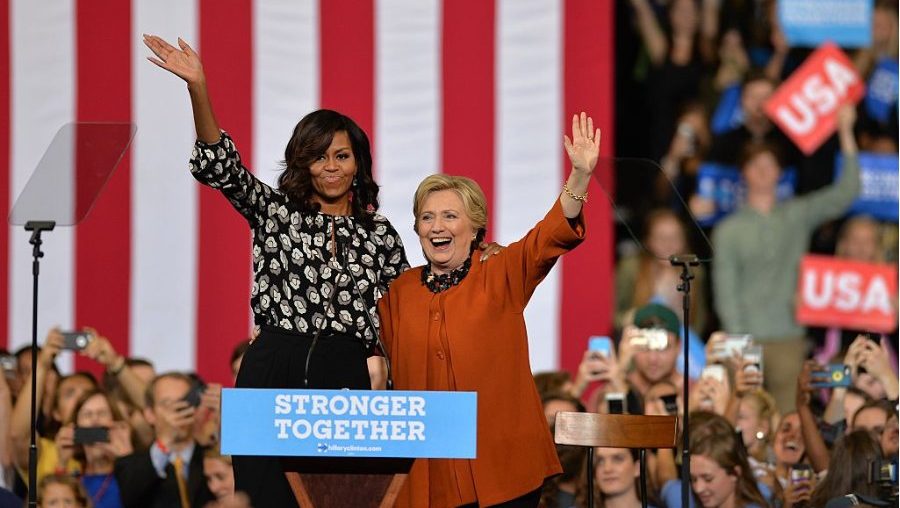 Fake news, move over — there’s a new con (wo)man in town. It’s called fake feminism, and according to a woman on the left, conservative women are the culprits.

Liberal feminist writer Jessica Valenti, author of books such as Sex Object: A Memoir, and Why Have Kids?, took to The New York Times Sunday to argue Republicans are “appropriating” feminist rhetoric in their use of the term. How dare they not ask for permission?

In her article, “The Myth of Conservative Feminism,” Valenti writes:

Conservatives appropriating feminist rhetoric despite their abysmal record on women’s rights is, in part, a product of the president’s notorious sexism. Now more than ever, conservatives need to paint themselves as woman-friendly to rehab their image with female voters.

In an attempt to justify the hypocrisy of feminists refusing to celebrate historic achievements such as Gina Haspel becoming the first female to lead the Central Intelligence Agency, Valenti argues, “Feminism isn’t about blind support for any woman who rises to power.”

Pay no mind to the many faces of the Democratic Party who have long argued women should vote based on their reproductive body parts.

“There’s a special place in hell for women who don’t help each other,” feminist icon Gloria Steinem infamously said on the 2016 campaign trail.

So which way is it — does feminism champion individuality and free thought, or is it “my way or the highway”?

Conservative women have long been divided on whether they identify as a feminist. Speaking on a 2018 women’s panel at the Conservative Political Action Conference, I publicly embraced the term to acknowledge that women throughout history were not always equal, and to honor all the work of the first-wave feminists who came before us.

Others argue the term was so badly hijacked to mean supporting an anti-male, pro-abortion without limits agenda, that it’s a lost cause to use the term.

“It’s difficult for me to call myself a feminist in a classic sense because it seems to be very anti-male, and it certainly is very pro-abortion, and I’m neither anti-male or pro-abortion,” White House senior adviser Kellyanne Conway said at CPAC in 2017. “I look at myself as a product of my choices, not a victim of my circumstances.”

Disagreement among right-leaning women about the feminist identity exemplifies a healthy debate seldom seen or allowed on the left. As the world witnessed at the inaugural Women’s March, unless you unequivocally support abortion, you’re not welcome to be one of them.

In response to the threat posed by right-leaning women who identify as feminist, Valenti said:

Now we have a different task: protecting the movement against conservative appropriation. We’ve come too far to allow the right to water down a well-defined movement for its own cynical gains. Because if feminism means applauding ‘anything a woman does’ — even hurting other women — then it means nothing.

In truth, Valenti is right to feel threatened by those of us who’ve embraced the term “feminism.”

We’re reaching out to young women and explaining that disagreement is OK, and we’re showing that standing up for women can also mean standing up for issues such as tax reform, and a strong national defense.

After all, the Trump administration has one of the most pro-women foreign policy agendas we’ve seen in decades. Instead of sending planes filled with cash to regimes such as Iran who arrest women for taking off their hijabs, we’ve exited the Iran deal, sending the message that we stand in solidarity with women and no longer excuse violations of their most fundamental human rights.

And despite being pariahs within the culture, conservative women have played a healthy role in the #MeToo movement, proving that feminism can accomplish so much more when everyone’s involved.

Feminism has evolved, and it appears we’ve reached a breaking point. Lined with Planned Parenthood’s pocketbook, the left’s goal is to define it based on the single issue of abortion.

Conservatives, on the other hand, argue it’s time for a more inclusive version of feminism that focuses on the plights of women worldwide — not just here in the United States.

Valenti and her allies can work overtime trying to discredit our perspective and accuse us of “appropriating” the term. But those of us who embrace it aren’t backing down to her school girl bully approach.

Instead, we’ll use the attack as an opportunity to have a conversation, not just with America but the entire world, about why feminism is about so much more than the single issue of abortion.

We’ll show that real feminism is about furthering equality for all women around the world. And how selecting Gina Haspel as the first woman to lead the CIA was a great first step.

Kelsey Harkness is a senior news producer at The Daily Signal and co-host of “Problematic Women,” a podcast and Facebook Live show. Send an email to Kelsey. @kelseyjharkness