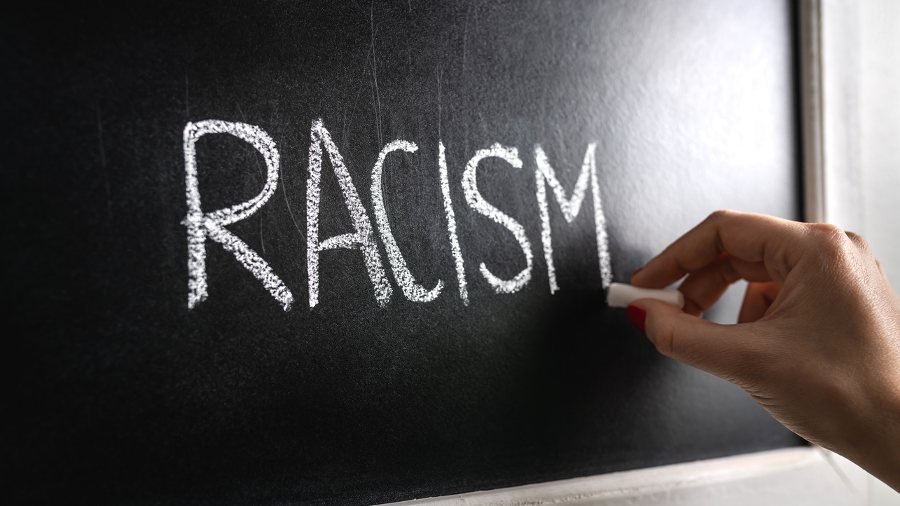 On one side is a bunch of parents, most elected Republicans and conservative-minded or centrist types. They say that something called “Critical Race Theory” (CRT) has polluted education materials used by many public schools. They say it distorts history and indoctrinates kids into false self-perceptions as innate oppressors or pathetic victims depending on their physical racial characteristics.

On the other side are leaders of teachers’ unions, most elected Democrats and most of big media, among others. They say CRT is a useful learning tool in some law schools but is not taught in K-12 public schools. They accuse the other side of exploiting a non-issue or of simply using CRT as a racist “dog whistle” (a term on which I wish I could impose about a four thousand year moratorium).

What is Critical Race Theory?

Here’s your crash course, as briefly as I can do it. It starts with Marx — Karl not Groucho. He was really into class warfare and the struggle of the oppressed group (the working class) against the rich people (the capitalists). His philosophy was a call to revolution (“Workers of the world, unite!”).

The influence of Marx carried over into different fields of study. In 1923 some Marxist scholars at the University of Frankfurt founded an institute in which they applied his views and his activism to different areas like psychology, sociology, culture and mass media. One of them coined a new term for what they were doing: “Critical Theory.”

In 1935 this ‘Frankfurt School’ relocated their project to New York City to begin affiliating with Columbia University. Their brand of “cultural Marxism” applied what Marx had called “the ruthless criticism of all that exists” to different traditions of Western thinking. The decades thereafter saw neo-Marxist philosophy make its way into nearly all fields of scholarship.

It’s not the job of public schools to indoctrinate and train the next generation of leftist revolutionaries, any more than public schools are supposed to teach Catholic dogma or Islamic sharia.

Today you can see the philosophical heritage of Critical Theory all over higher education, where it’s common to find courses offered in Critical Whiteness, Transgender Theory, Queer Theory, Chicano Studies, Postcolonial Feminism, Blackness, Intersectional Theory, etc. All of these share the common root of Critical Theory. A more detailed account of how education was transformed in this way can be found in Isaac Gottesman’s 2016 book The Critical Turn in Education.

What thrives in the academy eventually leaks into the everyday culture. Popular writers have packaged a kind of ‘CRT for the common man’ under names like “anti-racism,” which has itself become a term of art now. The basics are:

Is CRT Being Taught in Public Schools?

In one sense the answer is NO. The reason most people don’t know much about what I just explained in the section above is that they never learned about it. If we were to include questions about CRT proper on standardized tests — questions about the Frankfurt School, about the history or development of neo-Marxism, about Critical Legal Theory, etc. — most students couldn’t answer them any more than the average citizen could.

But here is the shell game that is being played. The parental critics of the education establishment aren’t accusing public schools of giving formal lessons that explain what CRT is. Nobody imagines a grade school teacher saying, “Boys and girls, today we’re going to learn all about Critical Race Theory.”

So while, technically, you can say that the schools don’t teach CRT in this sense, that doesn’t address the actual complaints of parents. The real question is whether the teaching establishment has accepted or embraced the key tenets of CRT as part of its guiding pedagogical mission and ideology. The issue is whether CRT is being presupposed as the operative worldview behind the curriculum and as such is filtering into the classroom as teachers talk to kids about all of the subjects they discuss.

University schools of education train future teachers. In 2019 Jay Schalin of the Martin Center for Academic Renewal published his study of three of the top schools of education, using their syllabi across various courses offered. He found that the most common authors assigned promoted the ideas of Critical Theory.

The concept of “Critical Pedagogy” was discussed in more obscure Marxist circles decades ago, but its aims and methods have insinuated themselves into the schools and departments that train public school teachers today. As two longtime educators recently admitted:

Few if any students read the scholarly texts of Kimberlé Crenshaw or Richard Delgado in their classes. But even so, the language, the theory, the application, the ideas, the instructional practices, the arguments, and the policies of these scholars permeate almost every sphere of K–12 education.

Researcher and documentarian Christopher Rufo wrote last year about a teacher training in Seattle in which the trainers identified themselves by pronoun and race (“She/her, white”) and instructed teachers in “anti-racist pedagogy.” Participants learned, among other things, how American schools “murder the souls of black children every day through systemic, institutionalized, anti-black, state-sanctioned violence.”

This ‘Critical Pedagogy’ affects decisions by school boards and districts that in turn affect students and families. Traditional, merit or achievement-based educational systems are “racist,” according to the San Francisco school board commissioner. Because standardized testing and gifted programs reward high achievers and demonstrate unequal results (lack of “equity” in CRT lingo), they must be “interrogated” or abolished as part of the activist “dismantling.”

There was controversy in upstate New York when parents learned that the Buffalo school district was fully invested in a CRT-inspired approach to activist teaching. If you want to see what the lessons looked like, you can peruse them here. And of course many schools have adopted curriculum from the historically erroneous “1619 Project.”

In the recent Virginia governor’s race, when CRT became an issue due to parents protesting it at school board meetings, candidate Terry McAuliffe repeatedly denied that CRT is taught in the state’s schools. Rufo then tweeted documents showing that back when McAuliffe was governor the first time, his Dept. of Education promoted CRT by name as an “important tool” and a “best practice” in order to “re-engineer attitudes and belief systems” among students.

There is now a group that monitors these developments nationwide, which you can see here.

Critical Race Theory is part of a long neo-Marxist tradition of Critical Theory in general. It has been ensconced in a lot of university education departments for years. Its more populist form is now present in many teacher training seminars and the materials they use.

It would almost be better if schools openly taught lessons about Critical Theory — its history, main tenets, and criticisms. High schoolers could handle that and make up their own minds. As it is, CRT is simply taken as the received wisdom that informs the entire profession and its goals, at least in some places. The effects range from the infuriating to the ridiculous. What are we to think when an education professor characterizes the objectivity of math as “white supremacist patriarchy”?

Are parents justified in protesting the influence of CRT in their kids’ classrooms? Why wouldn’t they be? It’s not the job of public schools to indoctrinate and train the next generation of leftist revolutionaries, any more than public schools are supposed to teach Catholic dogma or Islamic sharia. And as Columbia Professor and New York Times contributor Jon McWhorter says in his new book Woke Racism, this ideology is basically a new religion.

McWhorter and other black intellectuals have a fairly long but underreported record of refuting the errors of CRT. The great Thomas Sowell, in his library of writings over the years, refuted many of them in advance, in what have been called “pre-buttals.”

Perhaps McWhorter said it best in his recent tweet, referencing two popular authors of today (both of whose books he has savaged in his reviews): “Whatever you call it, there is a KendiAngelonian strain in educational circles these days nationwide, and it needs either defense or elimination. But coyly insisting that ‘CRT,’ specifically, isn’t being taught won’t cut it.”

Clint Roberts has spent many years teaching courses in philosophy, ethics and religion for various universities, including the University of Oklahoma and Southern Nazarene University. Article originally published at How to Read a News Story. Reprinted with permission.