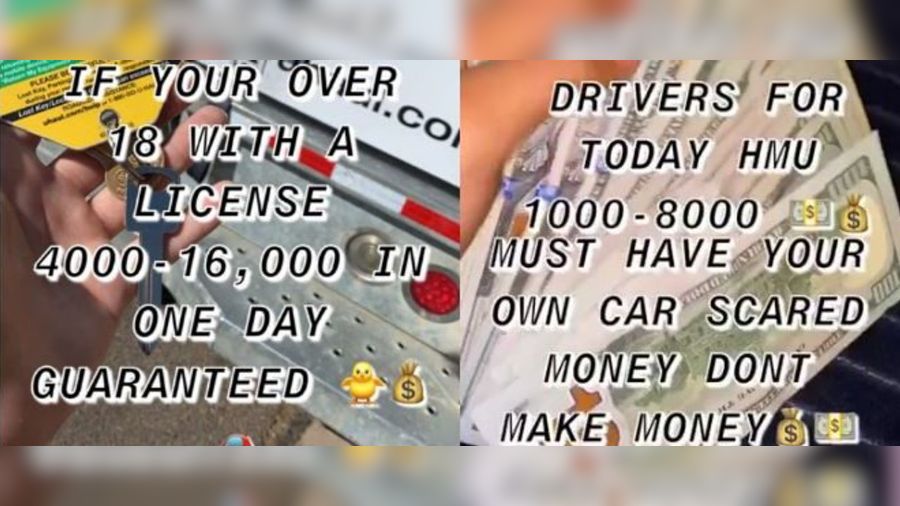 Dora Ortega knew her teenage son was hiding something when he arrived home at 2 a.m. He was wearing expensive new clothes that she knew he couldn’t afford with his warehouse job.

But it wasn’t until Ortega’s son finally admitted what he’d really been up to that she realized the gravity of the situation.

Ortega’s son, who was 19 at the time, had been picking up migrants at the U.S.-Mexico border and smuggling them into Arizona, she told The Daily Caller News Foundation.

“They’re gonna be caught and then they’re gonna go to jail the rest of their life. That’s what I’m trying to avoid. I told my son, ‘you want money, mijo? Ok, work,’” Ortega told the DCNF.

Ortega’s son, whose name is being withheld for his safety, drove two separate trips from Phoenix earlier in 2022, each time transporting two illegal immigrants further north. He was paid a total of $3,400 for both trips, according to Ortega.

How did this happen? Ortega said her son found this human smuggling gig on the social media platform Snapchat.

While Ortega would not disclose who may have been behind the ad that lured her son, law enforcement officials say drug cartels are usually the culprits. Ortega’s son is not the only teen who’s been enticed by social media savvy cartels.

Reed, who has been working to combat human smuggling operations for 25 years, said things have really changed with the opportunity social media access affords cartels.

“10, 15 years ago, if I was investigating a human smuggling organization, it was somewhat of a familial tie, mom and pop operation,” Reed said. “If we looked at a human smuggling organization in the past, the elements of how they work together was compartmentalized. You had your smugglers in Central America, or in Europe, or wherever they were going to be, and they had somewhat of a relationship or contact with individuals in North America and then domestically. Well, you don’t need that anymore.”

“I can talk to someone right now in Antarctica as long as they have internet access,” Reed said. “That’s not only created an increased and better mode of communication in order to carry to conduct illegal activity, but it’s also created a huge recruitment platform. Social media recruiters are targeting users who predominantly tend to be young adults, and obviously juveniles — teens.”

Social media platforms are catching on. Snapchat, where Ortega says her son was lured into committing criminal acts, has its own Law Enforcement Operations team that works with authorities to combat criminal activity, a spokesperson told TheDCNF.

‘The Kids are Gonna Pay’

In February, Cochise County Sheriff’s Department started “Operation Safe Streets” to combat human smuggling and address what has become an everyday occurrence for the county, putting its 126,000 residents’ safety at risk.

“The cartels have begun using various social media platforms, including TikTok and Snapchat and WhatsApp and Facebook to advertise for people to come to Cochise County, pick up migrants and transfer them to more metropolitan areas such as Tucson or Phoenix,” sheriff’s office spokeswoman Carol Capas told TheDCNF.

On the second day of the operation, authorities noticed a 16-year-old girl and her two 14-year-old friends trying to evade them, according to Capas. The teens were involved in a human smuggling operation and were likely awaiting instructions from their contact on social media at a gas station when they attempted to flee from law enforcement, Capas added.

“She was traveling so fast that she went airborne,” Capas said.

“She struck a vehicle that was parked. Once she did that, she lost control of the car, rolled it over, ejecting one of the 14-year-old girls. They had some serious concerns that the 14-year-old would not survive, but she did. She was in critical condition for a long time but she did survive,” Capas said.

Between April 1 and 25, Cochise County officers caught 97 individuals attempting to transport illegal aliens into the country. The drivers ranged in age from 14 years old to 66 years old and were often U.S. citizens, and most of them were likely recruited on social media, according to Capas.

Reed said he’s seeing more people coming out of state to smuggle migrants into metropolitan areas. The sheriff’s office is seeing the trend too, with people flying into Phoenix from Michigan and California and renting cars to smuggle migrants across the border.

And recruiters using social media for their illegal operations provide drivers, like Ortega’s son, with “a false sense of comfort,” according to Reed.

“They’re telling them if they’re underage … nothing’s gonna happen to you, oh, if you run … law enforcement won’t chase you. They’re not allowed to chase you. But that’s not true … And they’re encouraging them to do these things. And they’re making these decisions, because they’re basically going off the word of someone that they don’t they’ve never met or don’t even know,” Reed explained. 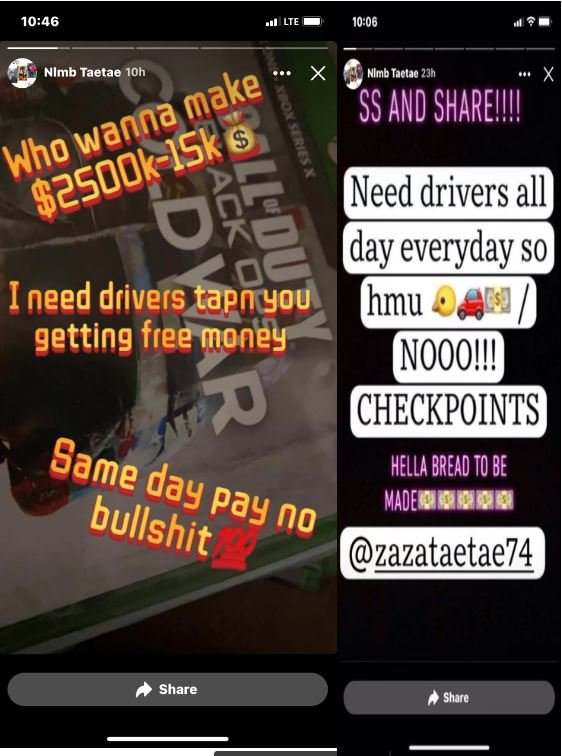 The social media ads are “pretty brazen” and don’t “sugarcoat” that they’ll pay money for anyone who wants to pick migrants up, Reed added.

Ads on social media often flaunt the thousands of dollars smugglers can get paid. One ad told users they can make between $2,500 and $15,000, according to an ad the Cochise County Sheriff’s office shared with TheDCNF.

Ortega worries that kids will continue to fall prey to the illegal acts. She hopes sharing her story will alert other parents to the dangers their kids could be exposed to online.

“I’m a single parent, I want him to be good in life, my dream as a parent is [for] my kids to succeed in life,” she said.

The sheriff’s office is spending an average of $20,000 a week to keep their deputies on the roads to handle smuggling events that are happening every day and are for the most part tied to messages on social media, Capas explained.

Ortega recognized that her son would’ve had to pay a high price if he had been caught, adding that he’s lucky he didn’t lose his life.

“The kids are the ones that are gonna pay the consequences … and I don’t think that’s right … it’s illegal, it’s a crime,” she said.

“The message that we drive home is we will come and find you wherever you’re at … If you’re involved in this … the border police are going to show up and contact you,” Reed said.