Skanderbeg: The Scourge of Islam 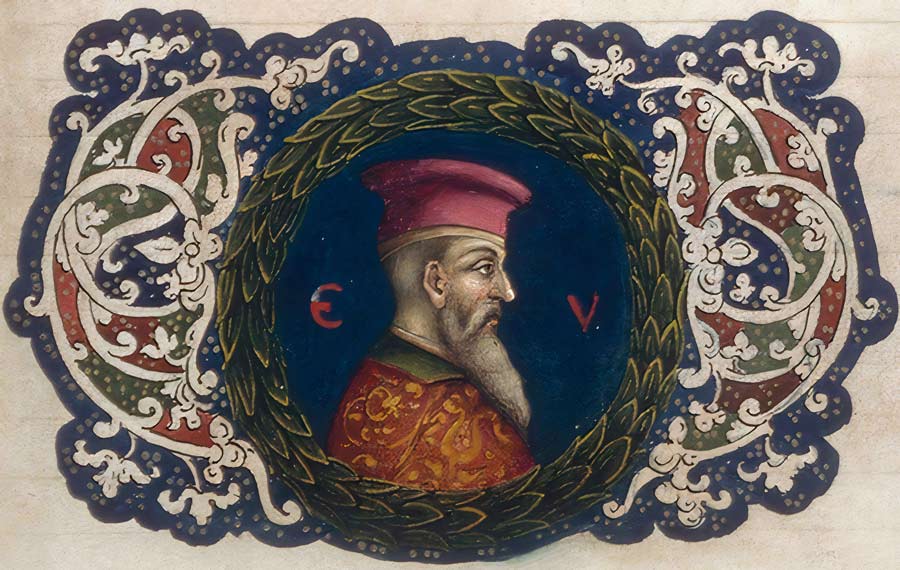 A miniature illustration of Skanderbeg.

By Raymond Ibrahim Published on September 3, 2022 •

September 2 in history witnessed one of the most stalwart defenses against the Islamic spear-thrust into Europe — the Battle of Albulena in Albania, 1457.

To appreciate the significance of this epic clash, one must first appreciate the leader of the Albanian forces, George Kastrioti, better known as Skanderbeg (“Lord Alexander”). Today, he is as little known in the West as he was once widely celebrated all throughout Europe. His life, which is featured in the new book, Defenders of the West: The Christian Heroes Who Stood Against Islam, validates the saying that “truth is stranger than fiction.”

Born of Albanian royalty, he was taken captive as a child by the Ottoman Turks, and trained to be a janissary, a Christian slave turned Muslim soldier. Excelling at war, he quickly rose among the Ottoman ranks until he became a celebrated general, with thousands of Turks under his command. Despite all the honors showered on him, once the opportunity appeared, he showed where his true allegiance lay: he broke free of the Ottomans and fled to his native and continuously harried Albania. There, after openly reclaiming his Christian faith, he “abjured the prophet and the sultan, and proclaimed himself the avenger of his family and country,” to quote Edward Gibbon.

Thereafter, from 1443 to 1468 — a quarter of a century — Skanderbeg committed his life to the successful defense of his tiny homeland against the world’s most powerful empire. In so doing, he renounced a life of wealth, prestige, and untold pleasures among the Ottomans and willingly embraced a life of nonstop war among and on behalf of his own people — not infrequently living in mountains and caves as a fugitive, though always living in freedom.

The Battle of Albulena, which occurred on today’s date, arguably represents the pinnacle of his career.

His “ingratitude” naturally provoked the Turks to no end and prompted wave after wave of jihadist invasions, each larger and crueler than its predecessor. Yet, in a total of twenty-four battles and sieges, he beat them all back, always while being vastly outnumbered by his Muslim foes. Little wonder he is known as the Albanian Braveheart.

The Battle of Albulena, which occurred on today’s date, arguably represents the pinnacle of his career. In late May 1457, 80,000 Turks under the command of Skanderbeg’s own nephew, Hamza — whose jealousy had caused him to betray his uncle — marched through and devastated the Mat River valley in north central Albania. Because Hamza was well acquainted with his uncle’s guerilla tactics, Skanderbeg had to improvise. Instead of hiding his vastly outnumbered army — barely one-tenth the size of the Muslim army — in the mountains and awaiting the opportune moment to strike, as he had often done, he divided them into many smaller units and dispersed them in the valleys and woods. For three months, all the Turks saw were tiny roving bands of Albanians, none of which dared leave the mountains and engage them. As a result, nearly three months later, by late August, the Ottomans concluded that Skanderbeg had become a moot point — that he was “done up with,” that his men had “deserted” him, and that he himself had quit to “the mountain fastness in order to save his skin,” to quote from the sources.

But just when the Turks were most convinced that the Albanians had lost both their leader and their nerve, on September 2, 1457, Skanderbeg, having reunited his 8,000 men, launched a lightning-swift strike. Under Mount Tumenishta, to loud cries and the braying instruments of war, he and his cavalry and guerilla fighters suddenly burst into the Muslim camp in a frenzy of war. The trapped Turks were terrified — despite assurances from Hamza that the Albanian army was much smaller than it seemed. Panic spread, and the Muslim army was routed on the plains of Albulena. In what became one of the Ottomans’ worst defeats, as many as 30,000 Turks were either butchered or captured in the bloody onslaught.

Skanderbeg Benefited All of Europe

Not only Albania but all of Europe benefited from Skanderbeg’s stalwart defense and perseverance, which continued until the moment of his death some years later. Had the Ottomans managed to transform Albania into a launching pad into Italy in 1450 instead of when they did, in 1480, Muhammad II, the Conqueror — modern-day Turkey’s hero — would have had 30 years, not just one, to pursue his long cherished goal of conquering Rome and, from there, inundating Western Europe with his Eastern hordes.

That Skanderbeg was a quintessential Defender of the West was even acknowledged by the United States Congress, in a 2005 resolution titled, “Honoring the 600th anniversary of the birth of Gjergj Kastrioti (Scanderbeg), statesman, diplomat, and military genius, for his role in saving Western Europe from Ottoman occupation.”

In the centuries following his death, more than 1,000 books in more than 20 different languages, and any number of operas and plays, were written about him. In a letter dated 1756, Major General James Wolfe of Britain wrote that Skanderbeg “excels all the officers, ancient and modern, in the conduct of a small defensive army.” In 1905, historian William J. Armstrong went so far as to write that “the exploits even of the renowned paladins of the crusades, whether Godfrey or Tancred or Richard or Raymond, pale to insignificance by similar comparison. Only the legendary feats of King Arthur and his knights … suggest a parallel of wondrous achievement.”

Such praise is well warranted.

For the full story of Skanderbeg — as well as several other Christian heroes who stood against Islamic jihad — see Defenders of the West, from which the above account was excerpted.