Update: Jeffrey Weiss, the pilot, who also owned the plane, was a philanthropist who regularly volunteered to transport people in need of medical care, the New York Post reported on Tuesday. 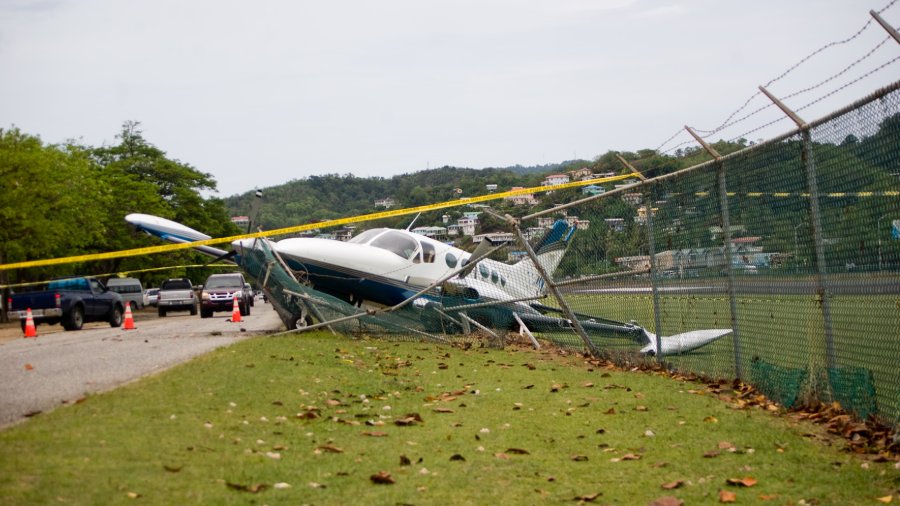 This is a stock photo of a crash of a small plane. It is not a photo of the Beechcraft BE58 crash in Texas.

Everyone aboard the twin-engine Beechcraft BE58 died in the crash, The Associated Press reported. The plane crashed just a few miles from Kerrville Municipal Airport where it was meant to land. The plane had taken off from a Houston-area airport and was not scheduled as a commercial flight, according to the report.

The fatal crash occurred shortly before 9 a.m. as it approached the airport, roughly 70 miles from San Antonio, according to Federal Aviation Administration spokesman Lynn Lunsford. FAA officials haven’t yet determined the cause of the crash.

There was no inclement weather, heavy rains or winds near Kerrville at the time of the plane crash, according to National Weather Service meteorologist Cory Van Pelt.

The names of the five passengers on board haven’t been released, according to a Texas Department of Public Safety spokesman, Sgt. Orlando Moreno, the AP reported.

Raytheon Aircraft manufactured the plane in 1999. Two individuals together own the plane, according to the news agency.

FAA and National Transportation Safety Board officials arrived at the scene shortly following the crash. They will continue investigating what might have caused the fatal crash.