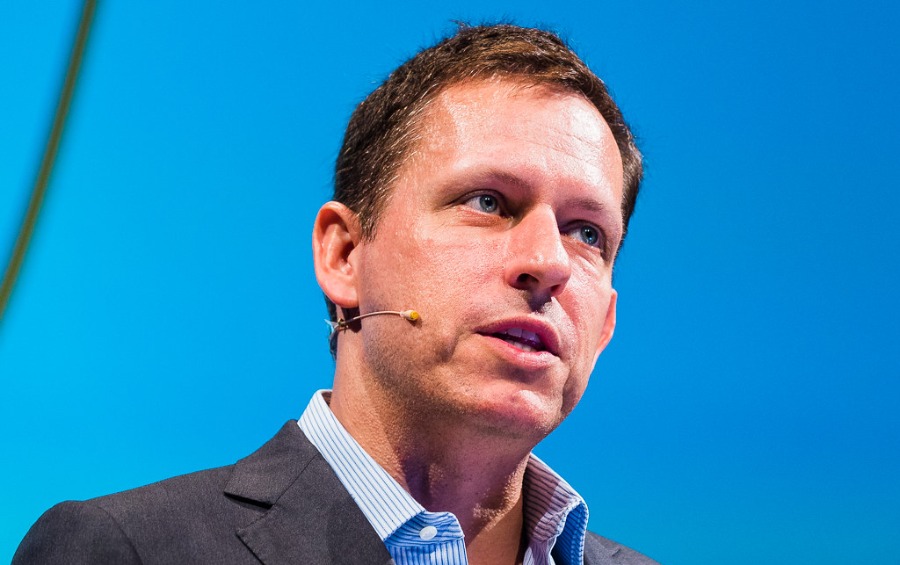 How would you respond if PayPal co-founder Peter Thiel asked you his favorite interview question: “Tell me something that’s true that almost nobody agrees with you on.”

As reported by Ruth Umoh at CNBC:

According to Thiel, this interview question helps pinpoint applicants who are innovative thinkers with an abundance of ideas — the type of person who can survive Silicon Valley’s competitive atmosphere.

The question, according to Thiel, tests both originality and courage. “It’s always socially awkward to tell the interviewer something that the interviewer might not agree with,” the billionaire explains.

Even if no one ever asks, it’s a good mental exercise. Most of us could alter it slightly to “Tell me something that’s true that almost nobody in your group agrees with you on.” Focusing on what makes us unique helps with job searches and assorted other challenges.

Not Afraid to Ask Questions About Google

Thiel, who will be speaking at the COSM conference in Bellevue, Washington, October 23–25, 2019, isn’t afraid to ruffle much bigger feathers. As a Silicon Valley great, he has been unsparing in his public concern over Google’s cloudy relations with China.

Earlier this month, as an early investor in Google’s DeepMind (of chess- and gobot fame), he questioned Google’s cozy relations with China. China makes no distinction between military and civilian enterprises and openly seeks total control over citizens’ lives (via an AI-enforced social credit system). Thiel writes:

A.I.’s military power is the simple reason that the recent behavior of America’s leading software company, Google — starting an A.I. lab in China while ending an A.I. contract with the Pentagon — is shocking. As President Barack Obama’s defense secretary Ash Carter pointed out last month, “If you’re working in China, you don’t know whether you’re working on a project for the military or not.”

No intensive investigation is required to confirm this. All one need do is glance at the Communist Party of China’s own constitution: Xi Jinping added the principle of “civil-military fusion,” which mandates that all research done in China be shared with the People’s Liberation Army, in 2017.

His question, “How can Google use the rhetoric of ‘borderless’ benefits to justify working with the country whose ‘Great Firewall’ has imposed a border on the internet itself?” is timely. China’s government uses high tech for, among other things, sophisticated racial profiling.

Elsewhere, he has described Google’s ties with China as “seemingly treasonous” (Bloomberg, July 2019) and calling for an investigation in “a not excessively gentle manner” (Business Insider, July 2019).

Many Google employees appear to share Thiel’s concerns, hence recent reports of internal unrest over dubiously ethical projects. His view is also supported by Richard Clarke, White House cybersecurity chief under former President Obama, who noted that Google no longer has the Pentagon as a client and “If you turn around and you work on artificial intelligence in China, and you don’t really know what they’re going to do with that, I think there’s an issue” (CNBC, July 2019).

Thiel has a unique platform from which to raise these hot-button issues; he is very much a Silicon Valley insider. He has been, for example, chairman and CEO of PayPal and an investor in Facebook (2004) He still sits on Facebook’s board. His venture capital firm, Founders Fund (2005), has invested in Airbnb, Lyft, and Elon Musk’s SpaceX. So most of us have heard of at least one enterprise he had a hand in.

The Person Behind the Challenging Question

And yet Thiel still makes independent decisions. While at Stanford (BA, Philosophy, 1989), he founded a newspaper that was critical of political correctness. To this day, his Thiel Foundation gives young entrepreneurs $100,000 over two years to just forget university and start their businesses.

He also moved from San Francisco to Los Angeles in early 2018, denouncing Silicon Valley as a “one-party state.” (Humble Google employees have similar stories to tell.)

Meanwhile, he has written The Diversity Myth: Multiculturalism and Political Intolerance on Campus (1995) and Zero to One: Notes on Startups, or How to Build the Future (2014), neither of which would help much if he had hoped to pose as a New Establishment stuffed shirt.

Perhaps the independent decision-making that seems to be part of Thiel’s success helps to explain his challenging interview question. If you can get to COSM this year, be sure to get your seat early for his session. If you can’t make it, at least have fun pondering his question and learning more about your own unique gifts.

New Evangelical Statement on AI is Balanced and Well-Informed