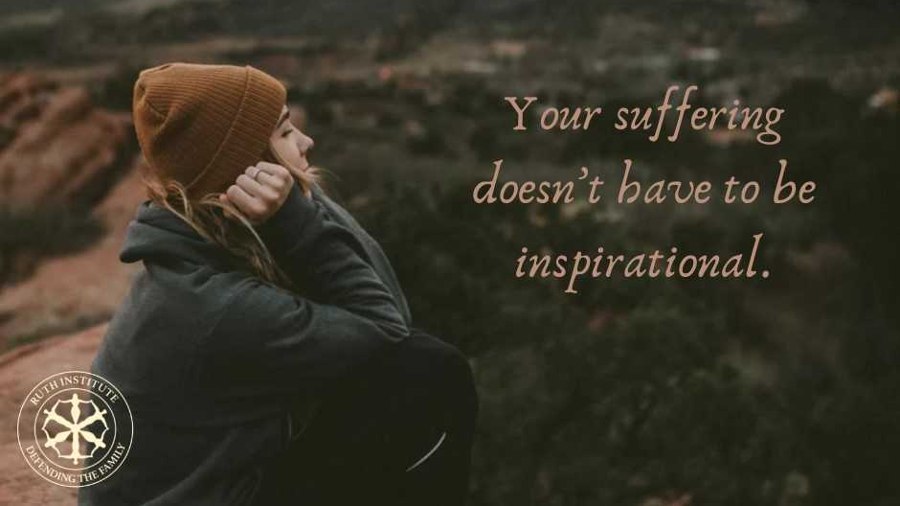 This week on “Ask a Survivor,” clergy abuse victim Faith Hakesley discusses whether or not people should go public with their abuse stories.

A while back, I saw this quote: “Your suffering doesn’t have to be inspirational,” and it stuck with me. While others might interpret this differently, here’s how I see it: the lessons you learn, the changes you make, and the perseverance you show to get through hard times isn’t necessarily meant to be shared with everyone. Your scars are beautiful, and God can (and sometimes does) choose to use them to help and inspire others. However, He does not call us to share in a public way.

Most of us know someone who has a social media following (big or small) whose goal is to inspire others, spread awareness, and/or use as an outlet. It’s great when we’re able to gain encouragement and inspiration from our brothers and sisters in Christ! Sometimes these individuals and their stories are part of the reason we feel encouraged to acknowledge and address our pain, to seek help, and even to find our own voice. Some blogs, social media pages, books, etc. can be very inspiring. On the other hand, some of us might find others to be discouraging. That’s okay!

The latest Dr. J Show features Dr. Jay Richards, Ph.D., director of the Richard and Helen DeVos Center for Life, Religion, and Family; Research Fellow at The Heritage Foundation; a senior fellow at the Discovery Institute; and Executive Editor of The Stream. He is also author or editor of more than a dozen books.

Note: You can watch a preview on YouTube. Then you’ll be invited to watch the rest on Locals.

Dr. Richards breaks down Florida’s recent decision to no longer allow “gender-affirming care” to be paid for by Medicaid. The decision was made by a health board, not a legislature. Rather than passing a law that could later be overturned, a medical review board concluded that there wasn’t sufficient evidence that gender interventions were helpful.

“This is a signal to doctors that this isn’t the proper thing to be doing. You should not be giving 13-year-olds puberty blocking drugs and cross-sex hormones as a treatment for gender dysphoria,” Richards points out, especially puberty is the best cure for this condition.

Florida pediatricians will feel less social pressure to allow or perform these “treatments” now that the state board of medical experts has weighed in, Richards says. Having spoken around the country, he senses that most pediatricians don’t want to do these procedures but they’re afraid to speak out.

“We’ve got this vocal minority of activists who feel empowered, and the vast majority of normal, well-meaning people are silent. And that’s why this is happening.”

Watch to learn how you can help stop the transgender craze. For instance, show up to local school board meetings. “Schools typically hold rabid gender ideologues,” Richards says, “and that’s where a lot of this stuff is coming from, often behind parents’ backs… It’s not just a unit in health class. It can appear throughout the curriculum.”

“Transgenderism is the darkest thing I’ve ever worked on, but I’m optimistic that we’re going to beat it… In 15 years, this is going to be a major medical scandal.”

Watch the full interview by joining the Ruth Institute community on Locals.

Candidates Who Stand Unapologetically For Life and the Family Win

“The 2022 election proved that candidates who are uncompromising on life and the family are winners,” said Dr. Jennifer Roback Morse, Ph.D., president of the Ruth Institute.

“A case in point is Florida’s Gov. Ron DeSantis, who was reelected by a 19-point margin, the largest in a Florida governor’s race in 40 years. When he won his first term in 2018, his margin of victory was a scant 32,000 votes. This time, he cruised to victory with a lead of 1.5 million votes.”

“DeSantis even won in traditionally Democratic Dade County, which hasn’t voted Republican in a governor’s race in 20 years.”

“Family advocates have a friend in the Florida governor,” Morse said. In his victory speech, DeSantis stated: “We have embraced freedom… we have protected the rights of parents… and we reject woke ideology.”

“That’s no idle boast,” Morse noted. “The governor helped pass a parents’ bill of rights, which prohibits any discussion of sexual identity in public schools before the third grade. When the Disney Corporation opposed the measure, DeSantis worked to remove its local tax exemptions.”

DeSantis also pledged to expand protections for the unborn from the current 15-week ban on abortion to a heartbeat bill. “This may in part account for the governor’s inroads among the state’s growing Hispanic community, which is traditionally both pro-life and pro-family,” Morse said.

Vance said: “I am 100% pro-life, and I believe abortion has turned our society into a place where we see children as an inconvenience to be thrown away rather than a blessing to be nurtured.”

Morse concluded, “DeSantis and Vance have charted a path for the Republican Party by showing that a pro-family candidate can win.”