Should Society Tell 10-Year-Olds, ‘The World is a Better Place With You in It’? 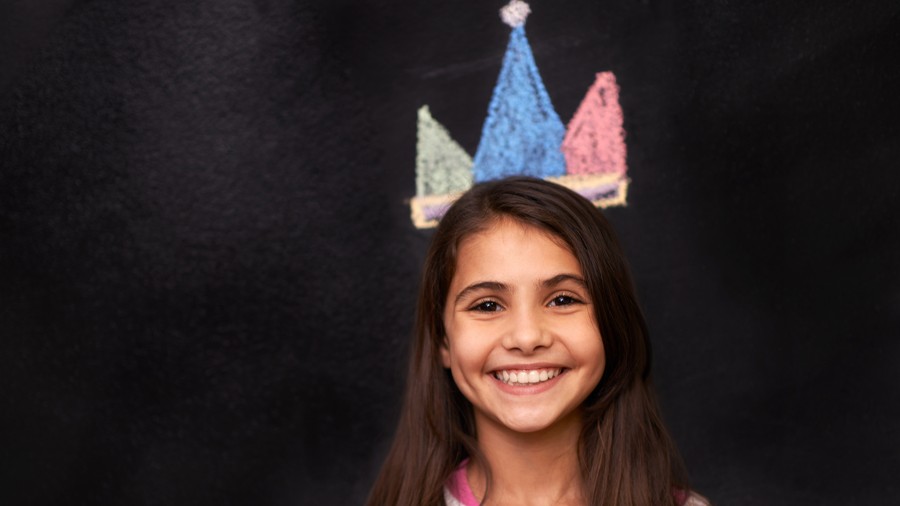 A couple of weeks ago, The New York Times published a photo of what I had reason to believe was an elementary school classroom. I couldn’t help but notice a big, colorful sign in the classroom that read, “The World Is A Better Place With You In It.”

Using an example of it being a fifth-grade classroom, I said to my radio audience that I thought the sign foolish, even stupid.

We call the World War II generation “the greatest generation.” How many members of that generation do you think were told when they were in fifth grade that the world was a better place because they were in it?

My reasoning was that self-esteem needs to be earned, that it cannot and should not be given. People walking around with unearned high self-esteem are often a danger to society. This was confirmed by one of the most highly regarded criminologists in the country, professor Roy Baumeister, who has written and who told me on my radio show that murderers possess higher self-esteem than almost any other members of society. This makes perfect sense. You have to think you are better than others to take another person’s life.

50 Years of Unmerited Praise Produced What?

So, then, what’s wrong with this message to fifth graders? Isn’t it a positive thing for a 10-year-old to be told that the world is a better place just because he or she is in it?

We’ve had 50 years of telling young people how terrific, brilliant and special they are, of giving young people trophies even when they or their teams lose, and, more recently, abolishing valedictorians lest any graduating students think poorly of themselves. Yet all of this showering of esteem has been accompanied by the highest depression and suicide rates among young Americans ever recorded.

Equally awful, all this unmerited praise has produced at least two generations of young and now middle-aged Americans who are indeed special — in their narcissism and in their inability to deal with setbacks. If I’m so great — if the world is lucky to have me — why isn’t life rewarding me? Why is life so difficult?

This is the genesis of the “safe spaces” almost every contemporary American campus provides to college students who find having a speaker on campus with whom they differ so traumatic that they retreat to a “safe space.” There they are provided with hot chocolate, Play-Doh and videos of frolicking kittens so that they can soothe their perceived trauma.

Telling every fifth-grader that the world is a better place because he or she is in it feeds this unearned sense of importance. Not to mention that is rarely true. Their family may feel it’s a better place because they were born, and if a parent wishes to communicate that sentiment, that might be a helpful thing to say on occasion.

However, that raises the question of whether it was a bad thing that few parents, let alone schools, prior to the 1970s said that to their young children. In some cases — such as a child who thinks inordinately poorly of himself — it may occasionally do some good. However, given the increasing number of narcissistic and depressed young Americans over the last half-century, it certainly hasn’t been a good thing for society to constantly communicate such messages.

“Love your neighbor as yourself.”

“Watch your tongue” (gossip is a big no-no in Judaism).

“Who is strong? The one who conquers his urges.”

In other words, traditional religious education revolved around making children better people — precisely so that one day the world will be a better place for our having been in it.

Even traditional American public schools — up until the mid-20th century — emphasized self-control, not self-esteem. And Christian schools always emphasized humility — virtually the opposite of unearned self-esteem.

Did My Father Love Me? He Sure Did

My criticism of the “The World Is A Better Place With You In It” poster in elementary schools went viral after a left-wing website tweeted a small portion of my talk show’s video. At one point last week, it was actually the highest trending tweet on Twitter.

As in every instance of my being attacked on left-wing sites, either a small, out-of-context portion of what I said was quoted or a headline simply lied about what I said. An example of both was this headline on the left-wing site AlterNet: “‘What a stupid message’: Dennis Prager blasted for suggesting that children are pointless.”

One of the hosts of the left-wing podcast, “The Young Turks,” actually said that my father obviously didn’t love me because I said it was inconceivable that he would have told me when I was in fifth grade that the world is a better place because I was in it.

We call the World War II generation “the greatest generation.” How many members of that generation do you think were told when they were in fifth grade that the world was a better place because they were in it?

I suspect close to none. Their parents and their schools emphasized self-control, not self-esteem.

Which is a major reason they did make the world a better place.

Dennis Prager is a nationally syndicated radio talk-show host and columnist. His commentary on Deuteronomy, the third volume of The Rational Bible, his five-volume commentary on the first five books of the Bible, will be published in October. He is the co-founder of Prager University and may be contacted at dennisprager.com.

Cancel Culture is Prophetic, and the Bible Offers Advice on How to Handle It

‘One Nation Under Allah’?