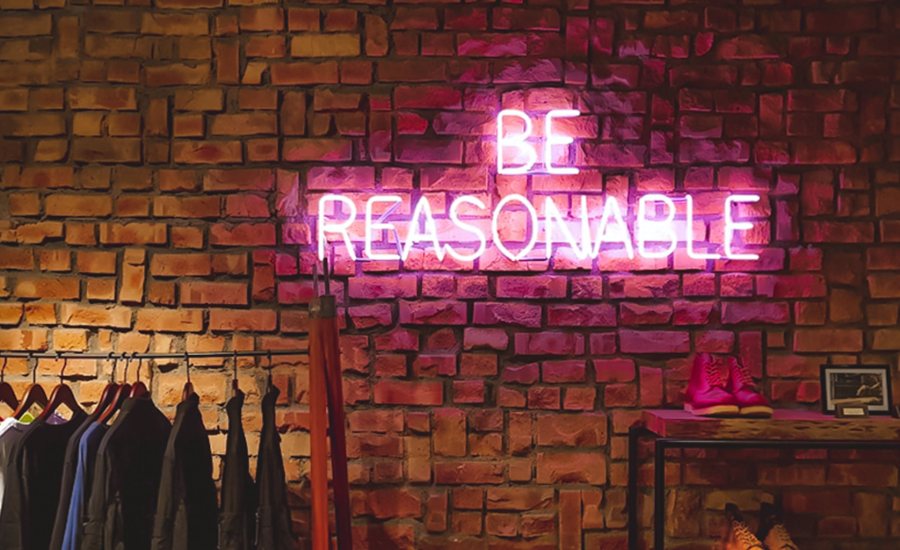 By Travis Dickinson Published on September 5, 2020 •

Not long ago, a cable TV show host, who is an outspoken atheist, had on his show a relatively well-known Christian pastor. In a discussion about morality and faith, which was overall friendly, the host asked the pastor why “faith” is a good thing. This appears innocent enough and is, I think, a good question. I wonder how many of us would have a good answer for this question. But the host didn’t leave it there. Here is how the full question was asked: “Why is faith good? Why is the purposeful suspension of critical thinking a good thing?”

Now this is of course a leading question, since the host is attempting to force the pastor to answer the first question in light of the definition found in the second. It can be difficult to give a straightforward answer to these sorts of complex questions.

How Christians Talk About Faith

So it is an unfair question but really it is only sort of unfair, given the way that many Christians talk about faith. Many Christians seem quite happy to talk about faith as necessarily irrational (that reason is incompatible with faith) or a-rational (that reason is harmful or irrelevant to faith). Sometimes the thought seems to be that faith, in a way, takes over or fills the gap when our reasons run out. Or, even worse, reason is detrimental for faith. It’s like a seesaw. The more reason one has, the less faith. The more faith, the less reason.

Many Christians seem to embrace the idea that faith and reason are completely separate pursuits. There are your rational pursuits on one hand (science, political platforms, etc.) and your faith pursuits on the other, and never the twain shall meet. On this latter notion, evidence against (or for) the claims of Christianity are irrelevant since evidence has nothing to do with faith.

What is Reasonable Faith?

On my view, it is a very serious mistake to think of faith as irrational or a-rational. However, I want to be clear at the outset that there can be an overreliance on reason, especially if we think of reason in its more academic sense. No one needs a well worked out, logically sound argument with premises that entail a specific conclusion to have reason for belief. You won’t last long if this is your criterion for rational belief. If you find yourself standing in the way of oncoming traffic, please don’t try to formalize an argument before stepping aside! The seeing of oncoming traffic should be reason enough.

I am not sure [blind faith] is a coherent notion. What would that look like to trust someone or something for no reason at all?

It is also important to mention that one can be very rational in believing something even if one is not able to articulate what one’s reasons are. I think most committed Christians have reasons to believe that Christianity is true. Most Christians have things like religious experiences, answered prayers, an experience of God’s providence in a time of need, the testimonies of others of these things, and so on. Moreover, the world testifies of God’s existence, in both its mere existence and its design. If cornered, one may not be able to, on the spot, articulate these reasons, but it simply doesn’t follow that one doesn’t have them. On my view, Christians are far more rational in their faith than even they realize. They just haven’t reflected carefully enough to be ready to give that defense.

So with our understanding of “reason” sufficiently broadened, I want to make the claim that to think reason either runs contrary to faith, floats freely of faith or that faith is an otherwise blind, reason-less pursuit are not biblical views.

I have often challenged my students, as something of an assignment, to come up with one example from Scripture of so-called “blind faith” and I goad them a bit by saying that I don’t think they will find even one instance … but good luck trying. There is always at least one enthusiastic student who cannot wait for the next time we meet and will offer a narrative such as Abraham offering up Isaac as a sacrifice, in Genesis 22:1-19, as an example of blind faith.

The thought seems to be that Abraham had all the reason in the world not to go through with the sacrifice but chose to blindly place his faith in God. Again, it is of course the case that Abraham did not have a formalized argument for sacrificing Isaac but is it true to say that he had no reason at all? Even though the command would have been horrifying, as a dad, it seems to me that Abraham made a very rational choice.

What reason did Abraham have?

We should keep in mind that God spoke verbally to Abraham (give that one a second) and told him to sacrifice his son. By this time, Abraham had come to believe (for good reasons!) that God is the one and only almighty God. It wasn’t so long before this event that Abraham and Sarah had had Isaac. Every child is of course a miracle but it is on a whole different level when Abraham is 100 years old and Sarah is in her early 90’s.

This undoubtedly expanded Abraham’s understanding (to say the least!) of what God is able to do and even more importantly it expanded his understanding that God is steadfastly faithful to fulfill his covenant promise. In a word, God proved himself to Abraham to be trustworthy or what we may call faith-worthy.

With all of this as backdrop, when the almighty God of the universe shakes the sound waves and tells you to do something, is it not eminently rational to act accordingly no matter how crazy the request sounds to us? It’s true that he had some competing reasons, but they pale in comparison to the reasons he had for going through with the sacrifice.

Peter and a Perfectly Good Boat

This is not unlike Peter’s cognitive situation on the Sea of Galilee. In Matthew 14:25-32, Peter demonstrates his faith in the person and power of Jesus by jumping out of a perfectly good boat and, as a result, Jesus enables him to walk on water. But Peter starts looking around at some competing reasons suggesting walking on the water in a violent storm is not such a good idea and he quickly cedes his trust away from Christ.

It is not as if Peter lacked reasons for trusting Christ, given all that Peter had seen and come to believe about him. His doubt was the irrational choice. So it seems to me that these are examples of responses of reasonable faith (or the lack thereof as it turns out for Peter) rather than examples of blind faith.

The Incoherence of Blind Faith

One reason that I am so confident my students will never find any examples of blind faith is that I am not sure it is a coherent notion. What would that look like to trust someone or something for no reason at all? Take for example, the “faith fall” you maybe did or have seen in a high school youth group. This is where one student stands on a table or chair with his or her back to a group of peers whose arms are interlocked together. Without looking, the student is meant to fall into the arms of the student’s peers. This is sometimes said to illustrate faith because the student who falls is not looking and has to “blindly” trust his or her peers.

But how blind is this? I very much doubt any of us would take the fall unless we knew there were a pile of arms behind us. In other words, the student has pretty good reasons for thinking that this will go well. For it to be blind, you would need to just fall at some random moment in the hopes that a group of peers had strategically gathered behind you. I don’t recommend this for your next youth meeting, nor do I recommend understanding faith as reason-less for our pursuits of God.

It is ALWAYS more rational to trust the God of the universe and submit ourselves to him!

Travis M. Dickinson, Ph.D., is associate professor of philosophy and Christian apologetics at Southwestern Baptist Theological Seminary, in Fort Worth, Texas. He writes at The Benefit of the Doubt blog.

Originally published at TravisDickinson.com. Reprinted with permission. A version of this article originally appeared on theologicalmatters.com which is no longer on the web.