They Shoot Horses, Don’t They?

If the stress of euthanizing animals drives some vets to suicide, what will happen to euthanasia doctors? 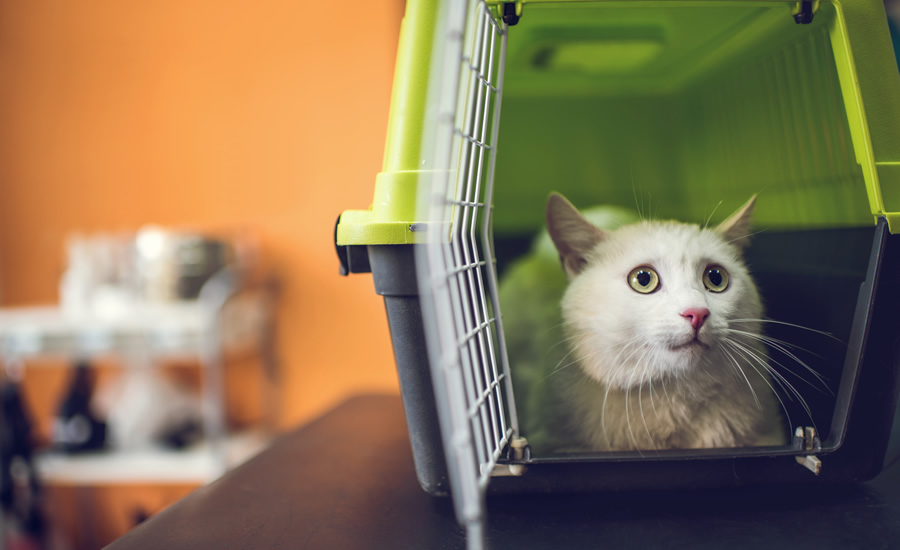 Every year, about 1.5 million cases of euthanasia take place in the United States. Does this have a negative impact on healthcare workers?

Sorry, about 1.5 million cases of cat and dog euthanasia take place. But the question is still relevant. Veterinarians, veterinary assistants and shelter workers experience great stress at having to put animals down.

Vets are idealists. They love animals and choose a career so that they can help them. Instead, many find that a significant part of their daily routine is killing animals, often for frivolous or utilitarian reasons. Bernard E. Rollin, a philosopher at Colorado State University who specialises in veterinary ethics, recently observed:

The consequences are manifest. One recent study showed that one in six veterinarians has considered suicide. Another found an elevated risk of suicide in the field of veterinary medicine. Being asked to kill healthy animals for owner convenience doubtless is a major contribution.

What makes the vets so uncomfortable with the deaths of cats and dogs? Professor Rollin attributes it to a condition which he has called “moral stress” which “grows out of the radical conflict between one’s reasons for entering the field of animal work, and what one in fact ends up doing.”

With euthanasia or assisted suicide or both legal in seven jurisdictions in the United States, plus Canada, the Netherlands, Belgium and Luxembourg, it’s worthwhile examining the experiences of vets to see what the future may hold for doctors.

The emotional connection between the work of human doctors and animal doctors is closer than you might think. Rollin points out that most pet owners feel that their companion animals are “part of the family.” In some surveys the proportion reaches 95 percent. Owners often react to a pet’s death with the intensity of grief which appears equivalent to the loss of a beloved relative.

So the moral stress which vets experience is relevant. Rollin points out that moral stress is different from other kinds of workplace stress, which can be relieved with psychological techniques.

Furthermore, normal avenues for alleviating stress are not available in this area. Whereas if one is stressed by normal stressors, standard stress management vehicles are quite helpful, for example relaxation techniques or talking it out with peers and family, these modalities are not available for moral stress.

He explains that vets may not be supported when they try to share the stress of having to kill animals.

As one woman who worked in a shelter told me, “I tried to explain to my husband at dinner that I had killed the nicest dog earlier in the day. He responded by clapping his hands over his ears and telling me he did not want to hear about it.”

If the stress is not handled properly, it can have very serious consequences for their health. “The eventual effect of such long-term, unalleviated stress is likely to be deterioration of physical and mental health and well-being, substance abuse, divorce, and even, as I encountered on a number of occasions, suicide.”

Suicide amongst vets has been the topic of several studies. “Veterinarians are four times more likely than members of the general population and two times more likely than other health professionals to die by suicide,” according to a 2012 study in the journal of the American Association of Suicidology, Suicide and Life-Threatening Behaviour.

Australian research found that “veterinarians who perform a greater number of euthanasias each week experience greater levels of job stress than those who perform less” — and job stress is a significant factor in suicide. Why? Performing euthanasia day in, day out, also appears to make some vets less able to resist the temptation to commit suicide. The authors of the 2012 study found that:

… individuals who have had more experience with euthanasia were less fearful regarding the prospect of their own death, and this was accounted for by the diminished distress about euthanasia that comes with repeated exposure …

All else being equal, veterinarians may be more likely than members of other professions to enact a lethal attempt when they desire suicide because their exposure to euthanasia has rendered them less fearful of death.

Aren’t there lessons in these findings which are relevant to doctors who euthanize their patients? Sometimes doctors in Belgium or the Netherlands are quoted as saying that the death they helped was beautiful or peaceful. Could that be bravado masking their own nonchalance about human death?

Lessons to be Learned

No matter how much affection people feel for their companion animals, the similarity between veterinary euthanasia and human euthanasia is far from being exact. But there are lessons to be learned.

How many times have we all heard the argument, “They shoot horses, don’t they?” It’s logic is that if the suffering of animals and humans is essentially the same, they both should be released from suffering in the same way. “You wouldn’t let a dog suffer like this…”

But if the animal-human parallel works for the patient, why not the doctor? If we allow euthanasia, surely we can expect the same burn-out rates and the same suicide rates as veterinarians … at least the same. That should scare us all — especially the doctors who will be responsible.

Michael Cook has worked as a book editor and magazine editor and has published articles in magazines and newspapers in the US, the U.K. and Australia. Currently he is the editor of BioEdge, a newsletter about bioethics, and MercatorNet. “They Shoot Horses, Don’t They?” was originally published at MercatorNet.com and is used here with permission.