Friday is Constitution Day — a day that recognizes the adoption of the U.S. Constitution and those who have become U.S. citizens. 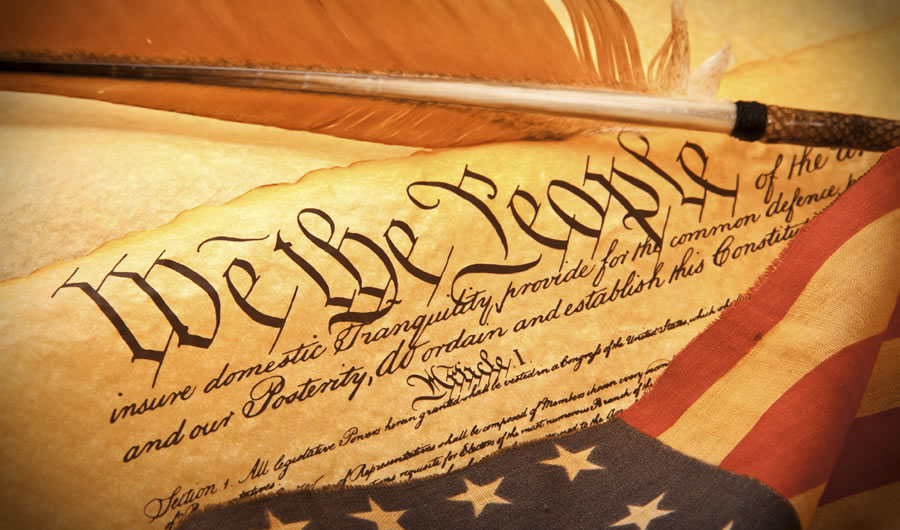 This year’s Constitution Day marks 229 years since the signing of the U.S. Constitution and the establishment of our republic.

The Framers of our Constitution recognized that a general understanding of the nation’s laws, history, and government was central to the longevity of the republic. The United States is, as Benjamin Franklin described, “a republic, if you can keep it.”

How is the republic kept? First of all, by an informed citizenry. As Thomas Jefferson once declared, “It is every American’s right and obligation to read and interpret the Constitution for himself.”

In Federalist No. 1, Alexander Hamilton concurred: “The subject speaks to its own importance; comprehending in its consequences nothing less than the existence of the union, the safety and welfare of the parts of which it is composed, the fate of an empire in many respects the most interesting in the world.”

If knowledge of the Constitution is essential for the welfare of our nation, then there is cause for great concern.

Recent survey data reveal a distressing lack of knowledge of our constitutional history. When asked, even given multiple choices, more than 70 percent of college graduates were unable to identify James Madison as the Father of the Constitution. A majority did not know the ratification process for proposed constitutional amendments. Remarkably, 10 percent wrongly identified Judith Sheindlin — better known as the TV personality Judge Judy — as a U.S. Supreme Court justice.

These numbers betray an unsettling reality: Too many Americans seem to lack even an elementary understanding of their government and their nation’s past.

What’s especially troubling is that this historical and civic illiteracy has occurred not just as a result of personal apathy, but also institutional neglect.

Understanding the Constitution isn’t merely an academic exercise. It’s essential for democratic participation. Today’s students will be tomorrow’s citizen-leaders, and from casting their ballots on Election Day to engaging in community affairs, many of their most important decisions will require an understanding of broader historical context.

Fortunately, there are some positive signs. State policymakers have begun to recognize the crisis in historical literacy for what it really is. In 2015, eight states enacted laws requiring high school students to pass citizenship tests before they could graduate. Students must grasp essential civic and constitutional concepts, such as term lengths and the delineated powers of the three branches of government — the same basic questions that college graduates struggle to answer.

While these might be steps in the right direction, stronger civics standards in elementary and secondary education do not acquit institutions of higher education of their unique responsibility to foster a deeper understanding of our Constitution, laws and history. Colleges and universities have the singular capacity to offer students rigorous, in-depth instruction in history, political science and the humanities just as they take their first steps into citizenship and the workforce.

Sadly, most colleges and universities are trending in the opposite direction. In many cases, they require students to learn about particular geographic regions — just not the United States. And the U.S. history classes that do exist often allow students to focus on niche topics, such as history of the FBI or witchcraft and possession, instead of the surveys of America’s history and founding documents they sorely need.

Institutions might pay lip service to civics each year on Constitution Day, holding a solitary lecture or distributing a few pocket Constitutions, but their actions throughout the rest of the year fall short.

To put substance behind their rhetoric, schools should renew their commitment to core standards and curricula by restoring meaningful U.S. history or government course requirements. Without them, an engaged and informed citizenry will be lost, further jeopardizing our beloved republic.