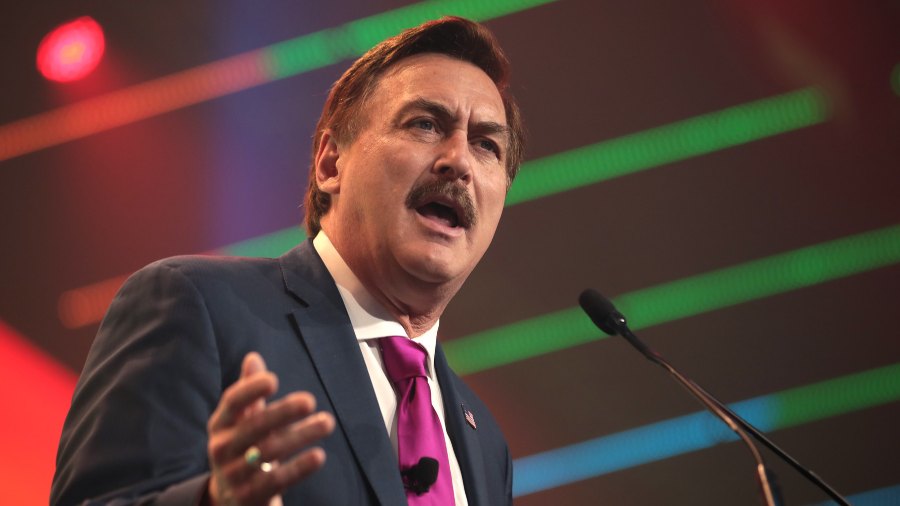 In the most underreported story of the week, Mike Lindell’s three-day cyber web symposium on 2020 election fraud kicked off Tuesday morning. Have you heard much about it yet?

Lindell is hosting the event from Sioux Falls, South Dakota, and says it will feature 65 forensic cyber experts who are challenging the official results of the Biden/Trump presidential election. It will include a recreation of the vote count “in real time,” he says, so viewers can have a better understanding of what unfolded on November 3 and into the wee hours of November 4.

He’s offering $5 million to anyone who can show that the evidence he presents is “not cyber data from the November 2020 election.”

Does Mike Lindell Have the Goods About the 2020 Election?

Let me say up front that we have no advance knowledge of the evidence Lindell plans to present at his event. I know Mike and he’s been a guest on my TBN show, but we promise to analyze his evidence as independently and objectively as possible (we’re not cyber experts) and report the findings as honestly and spin-free as we can.

Let’s tune in to as much of this symposium as we can
and see what he’s got.

We’d like to think Lindell has the goods, but whether or not he can show that voting machines were, or even could be, hacked (we have no idea), there’s plenty that still arouses suspicion about hanky-panky on Election Night. And, no, it has not been “debunked.” That doesn’t mean it’s been proven — it has not — but it can’t just be discarded, either, unless one’s agenda depends on it being discarded.

Some of Lindell’s critics wish he’d concentrate on those other reasons to suspect cheating, such as problems with mail-in ballots, and view the voting machine issue as a distraction. I see their point, but have a question for them: If there are security problems with electronic voting, shouldn’t we find that out before the next election?

Anyway, Lindell has invited people from across the political spectrum — some reports say thousands of invitees — and at this writing, we don’t really know who’s going to be there. He says he’s invited cyber experts, politicians and media. One we do know: Nancy Pelosi said she had a scheduling conflict and won’t attend. (Those hair appointments are hard to change!) But I don’t think anyone will miss her.

Lindell is hoping the event will attract hundreds of millions of viewers and be “the most watched live event in history.” That will be a good trick with the almost-total news and social media blackout on it. “I believe people are going to tune in,” he said. “I want them to watch whether they’re a Democrat or Republican, or liberal or conservative. This is America, and we, and every person needs to see this, and say, ‘What are we going to do about it?’”

Lindell Has Taken the Heat

Of course, that’s the big question. Lindell actually has claimed that he can show the election should have gone the other way, but what he’s taken the most heat for is his prediction in March that former President Trump would be re-installed as President by August. For one thing, it’s already August, and for another, it just doesn’t work that way. There would have to be formal impeachment proceedings in the (Democrat) House and removal of Biden by two-thirds of the (barely Democrat) Senate. And we know how the Democrats would react to even the most compelling proof: by draping it with the Cloak of Invisibility.

Newsmax, which — unlike Fox News — did agree to run Lindell’s ad for the symposium, issued a statement that it does not endorse ads and that it accepts the 2020 election results as “legal and final.”

Predictably, left-wing news outlets such as Media Matters made fun of Lindell as a right-wing conspiracy theorist and criticized him as a threat to democracy itself. Some on the right are exasperated, with Matt Margolis at PJ Media saying he should “go back to selling pillows,” expressing admiration for his vocal support of Trump while saying he “jumped the shark” when he said Trump would be President again by August.

As you might know, Lindell pulled his “MyPillow” advertising from Fox News after they wouldn’t run his ad for the symposium. The ad doesn’t make any claims about election fraud, only about the importance of this event, and it invites everyone to tune in — and tell everyone they know to do the same. Then it offers some great deals on pillows and other MyPillow products, which, as you might imagine, are more challenging to sell these days.

Let’s See What Lindell’s Got

So let’s tune in to as much of this symposium as we can and see what he’s got. I promise you a full report. And let me just put in a word for MyPillow and, especially, Giza Dream Sheets. Those sheets are fantastic to sleep on and oversized to fit the thickest mattress.

By the way, here’s an example of problems on election night that have nothing to do with wilder claims of foreign countries hacking the voting machines to make Biden President. When a ballot shows that more than one candidate in the same race has been marked, it is deemed an “overvote” and is handed over to an election worker to review. Just The News has seen what was going on with some of these “adjudicated” ballots in Fulton County, Georgia, and it’s not pretty.

Every election has ballots that have to be adjudicated — remember the nightmare of the “hanging chads” in Florida in the Bush-Gore race — but in 2020, hundreds of thousands of people in Georgia were voting absentee for the first time and that meant many more ballots were mis-marked and, shall we say, open to interpretation. And in Fulton County, the rules apparently weren’t clear and consistently applied, and they weren’t even in writing, but passed along verbally.

Just The News got ballot images through an open records act request; Fulton County officials would not respond to questions regarding what they found. More than 5,000 of the 148,000 absentee ballots processed through Fulton County — about 3 percent — required “some form of human intervention,” they report. “Mistakes” in the adjudication process alone were not enough to have changed the outcome of the election, they say, but this is one more potentially contributing factor.

We’d second what they conclude, that “[these ballots] reveal an imperfect system vulnerable to chaos, subjectivity, or political dirty tricks, especially in a county like Fulton where state officials documented widespread irregularities and misconduct and now want to take over election counting.”