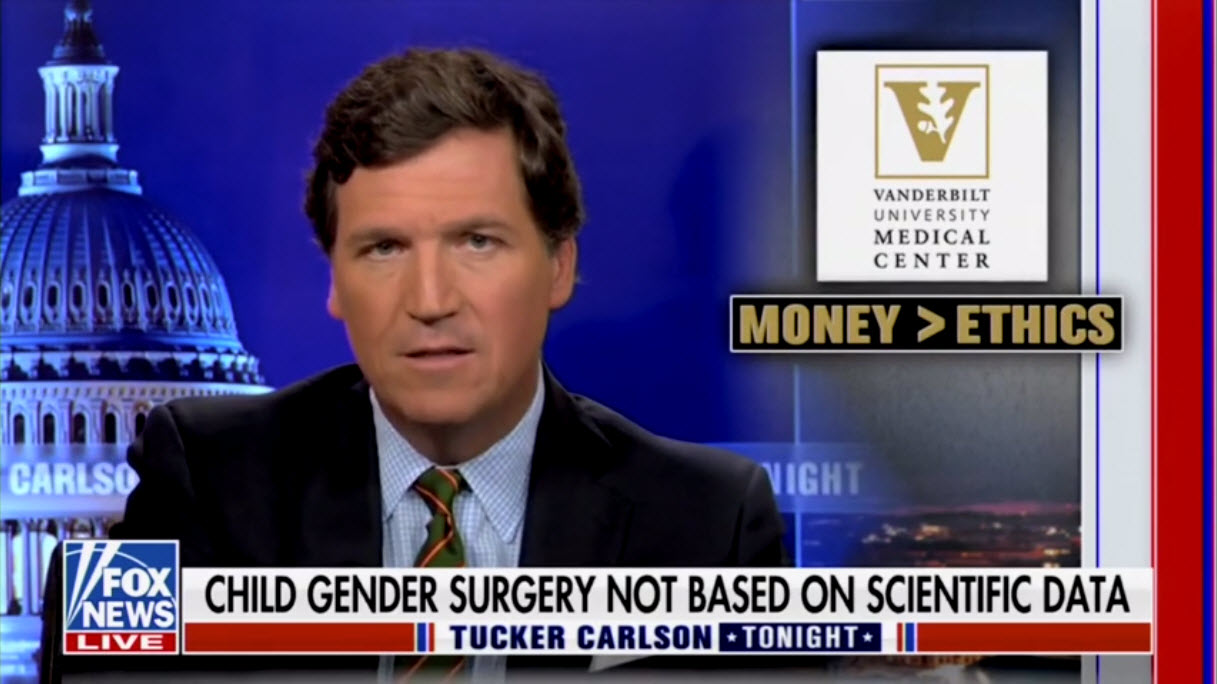 “Never has American medicine been more transparently a racket than it is right now. With the most basic ethical guidelines gone, completely ignored, we should not be surprised to learn that some hospitals have decided to monetize the mental anguish of children,” Carlson said in reference to recent news stories on hospitals providing sex change treatments to children. “Consider the University of California at San Francisco hospital. Supposedly it’s one of the best in the world, UCSF, despite its august reputation, is not even trying to behave responsibly when it comes to children who have been convinced by TikTok they should change their sex.”

Carlson claimed that this meant that groups like the Human Rights Campaign and other activists supported such procedures, while hospitals viewed the procedures as moneymakers, playing a video from one administrator at Vanderbilt University shared by Daily Wire columnist Matt Walsh that reportedly outlined how one procedure brought in $40,000.

Walsh posted a thread on Twitter featuring videos of officials at Vanderbilt University Tuesday. Walsh later tweeted that Vanderbilt took the page down after his initial thread on the social media site.

Republican Gov. Bill Lee and Republican Sen. Marsha Blackburn of Tennessee called for an investigation into the practices at Vanderbilt in response to the reports. The university denied wrongdoing in a statement, according to Fox News.

“The truth is people who are horrified for this are not the bad actors. Vanderbilt is a bad actor. They just admitted on camera to castrating children as young as 13 years old,” Carlson said.