Service Members Discharged for Refusing the COVID Vaccine are Fighting for a Second Chance. For Many, It’s Too Late 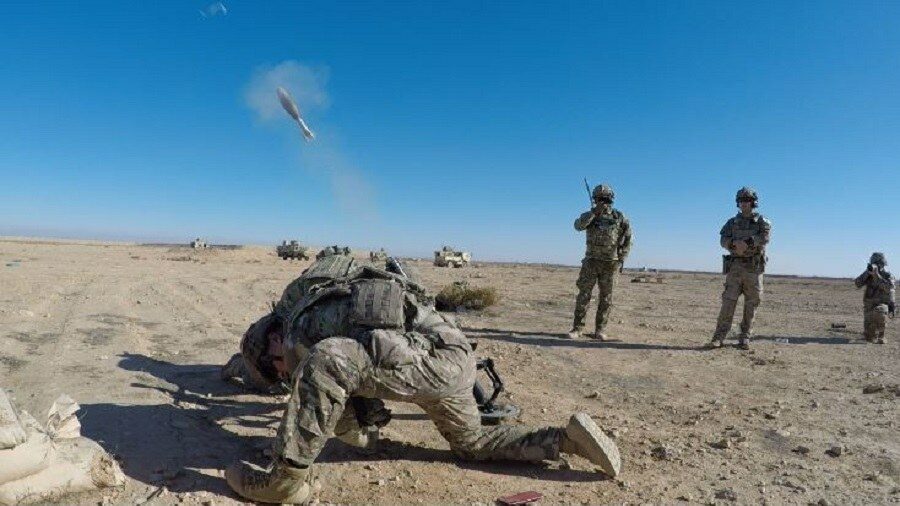 Legal experts and advocates on the side of servicemembers punished for refusing the COVID-19 vaccine mandate are pushing for the Department of Defense (DOD) to provide restitution. However, many of those discharged say their careers are irrevocably damaged and may not continue their military service, according to interviews conducted by the Daily Caller News Foundation.

Since Secretary of Defense Lloyd Austin officially rescinded the order that all troops be fully vaccinated against COVID-19 on Jan. 10, lawmakers, attorneys and activists have begun plans to ensure those discharged or awaiting separation have their records expunged and are given the opportunity for reenlistment at their prior level of service. However, many servicemembers who feel DOD violated their freedom of conscience and set them permanently behind in their careers may choose not to reenlist and have lost trust in military leadership, servicemembers and others familiar with their efforts told the DCNF.

“I feel massively betrayed by my chain of command throughout this whole ordeal, and I know that many others feel the same way,” Maj. Aaron Elliott, an active duty Air Force reservist who was in the process of obtaining a religious exemption when DOD overturned the mandate, told the DCNF. Commanders “should have been providing protection to service members who were under their care, who they were in charge of, and in many cases that didn’t happen,” he added.

DOD let go of roughly 8,400 servicemembers for refusing the mandate, while thousands more waited in limbo as exemption requests were pending approval.

“From my perspective and interaction, morale is low and many want nothing to do with the military because they have lost trust,” R. Davis Younts, an attorney representing several military members seeking religious exemptions, told the DCNF.

Congress’ National Defense Authorization Act (NDAA) ordering the Pentagon to scrap the mandate did not include requirements for reinstatement, but GOP politicians have called for allowing servicemembers who were discharged to reenlist with back pay.

“If the Pentagon does not reinstate those who were discharged and restore their full benefits we in Congress must act by adding language in the next NDAA to do so. We have an obligation to these service members,” Florida Republican Rep. Mike Waltz, who sits on the House Armed Services Committee, told the DCNF.

The lawyers also want records scrubbed of formal reprimands, and discharges characterized as “honorable” rather than “general,” a mark that deprives the former servicemember of certain post-9/11 GI bill and healthcare benefits, Retired Air Force Lt. Col. Tom Rempfer, who has advocated to secure restitution for members harmed by the DOD anthrax vaccine program, told the DCNF.

Attorneys may also bring class action lawsuits seeking remedies, including the opportunity to reenlist at the same level from which they were discharged and enabling unvaccinated reservists to return to duty, to court, Younts said.

“America’s troops need to be unilaterally and fully made whole, including reversing discharges. Restitution includes back pay and points for lost service,” Rempfer said.

However, DOD has so far rejected such calls. “As of now, we are not pursuing back pay as a matter of policy for those who refused the vaccine,” Pentagon press secretary Brig. Gen. Pat Ryder said at a briefing Tuesday.

By the time the mandate was overturned, every service but the Army was under a legal stay preventing them from discharging troops for refusing the mandate — usually as part of a religious liberty case — and the Army had voluntarily opted to suspend action until the courts reached their conclusion. However, those waiting for their exemption requests to process, or whose efforts to be granted an exception failed, were blocked from deploying and stalled in their careers.

“We’ve been told, made to feel like at the very least, that we’re criminals and that we should be discharged over this,” Air Force Lt. John Bowes, an F-16 fighter who was grounded while seeking a religious exemption, told the DCNF. He’s now a year and a half behind his peers who recently graduated from the Air Force Academy.

Bowes said he would finish out the eight remaining years of his contract if given the opportunity, but he isn’t sure if he would opt to renew that contract. “I don’t feel like the military is going to be an organization that’s really going to respect my values,” he added.

The military COVID vax mandate is ending for now but there's still much work left to do.

The Biden Administration must reinstate and backpay all servicemembers who were terminated for not taking the vax.

The Administration must also commit to PERMANENTLY banning the mandate.

Other servicemembers the DCNF spoke to said they feel the same.

The loss of trust in leadership is more significant than financial and career setbacks, according to Christopher Collins, who was discharged from the Coast Guard in November after his religious exemption was denied. Collins told the DCNF that just a “handful” of the expelled Coast Guard members he’s spoken with would choose to reenlist.

Some discharged individuals only received three weeks’ notice, according to an Army official familiar with the cases who spoke to the DCNF on condition of anonymity for fear of reprisal. Most of the soldiers discharged probably would not decide to rejoin if given the opportunity, the official told the DCNF based on his interactions with them, some of whom had recently seen combat.

“Most of the service members that I’ve spoken with are unlikely to return,” the officer told the DCNF. “Those who have stated that they’re unwilling to return have shared that they never want to subject themselves and their families to that level of vulnerability again due to the way they were treated on their way out.”

The Army officer is already making plans to leave the military after more than a decade of service, he told the DCNF. Those who objected to the mandate or submitted a request, like himself, “see the writing on the wall; it seems like they intend to separate us somehow, someway” he said.

“I dedicated a good portion of my life to the DOD, but I’m nearing the point where I’ve seen too many issues to be willing to continue my service. I need to start looking at what’s best for my family,” the officer said.

Even if few members choose to return, pressing for remedies could have some value in setting a precedent for military leadership to follow, Younts told the DCNF.

“We have to make sure that it doesn’t happen again,” Elliott, the Air Force reservist, said to the DCNF.

The DOD did not respond to the DCNF’s request for comment.