The former LAPD cop who now heads Promise Keepers shares two tales from the streets that demonstrate life as a Servant King. 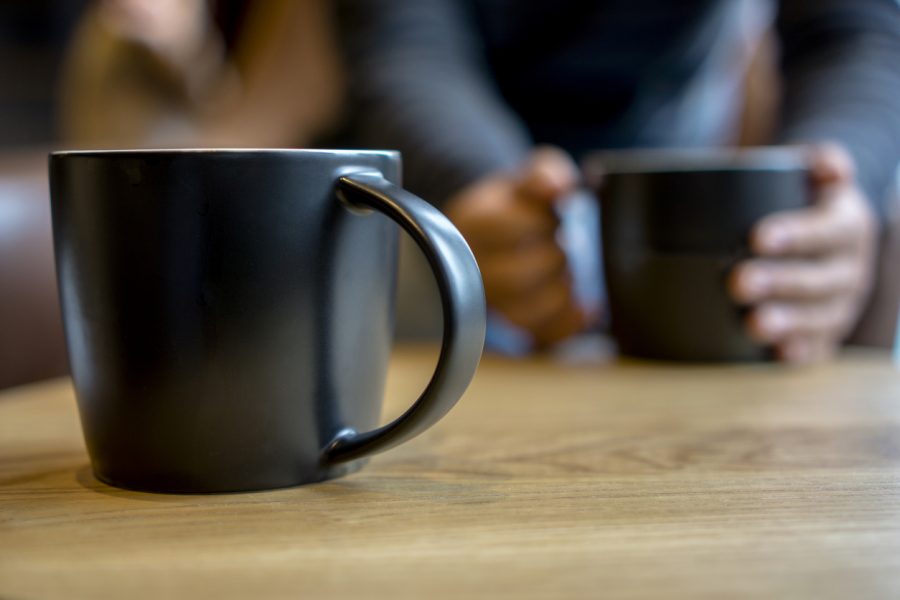 When I was nineteen, I got a job at an underage nightclub working as a doorman. I had walked with the Lord my whole life, so this job was getting me an education in a world with which I was completely unfamiliar. The club was in a rough area of town, and homeless people often milled around the front door. There was one homeless man who was like a mirror image of me, only black. He was the same age, height, and build and always seemed to be around. Even on warm summer days, he was never without his denim jacket with brown corduroy sleeves.

I’d often go to a sandwich place that was open late to get something to eat. Sometimes I ate only half the sandwich and gave the other half to him. I didn’t think much about it; he was hungry and I had half a sandwich. On a few cold nights I bought him coffee. Each time I handed him something, he’d just nod. I never heard him say a word.

I really didn’t fit in with the scene at that club, and my Christian lifestyle and values were apparent to the owners. They never saw me take part in the club’s activities, so, regarding me as a trustworthy employee, they promoted me to manager within a few months.

One night three guys in their late teens forced their way through the front door without paying admission, and I was called on to confront them. Somehow I got them outside the door, but as we exited, one of the teens threw a punch that caught me square on my jaw. He hit me again and then again. He hit me about ten times over the next thirty seconds. He was a trained fighter and moved and punched far more quickly than I could defend myself. I was finally able to get ahold of him and got him to the ground, which ended the fight. I looked around, wondering what had happened to the other two teens and saw them stretched out on the ground, unconscious. Standing over them was the homeless man, fists clenched. He was barely breathing hard.

“Thanks, man,” was all I could say between gasps for breath. He just nodded.

Twenty years later, after becoming the CEO of a large company, I was walking down the sidewalk in the same city when I saw that homeless man. I could hardly believe it — he was wearing the same denim jacket with the corduroy sleeves. It was tattered and dirty but the same jacket. I emptied my wallet and walked up to him, handing him the cash. “You helped me out once,” I said. He just nodded and walked away.

‘They’d Have Put a Bullet in My Head’

This was similar to an event that happened to an officer I knew while I was a police officer with the Los Angeles Police Department (LAPD). We were working in the notoriously high-crime area called 77th Division. The gang war was in full swing, and we were struggling with a vicious gang called the Eight Trey Crips. Though they were part of Crips street gang, they killed other Crips, as well as those from their rival gang, the Bloods.

Around two o’clock in the morning on a hot summer night, I was writing an arrest report in the break room of 77th station. An officer walked in with a dazed look in his eyes and a bandage on his head. He shuffled over to the coffee dispenser and put a quarter in, waiting for the weak, lukewarm coffee to drip into a tiny cup. Then he threw down a sheet of paper and stared at it, trying to figure out how to start a report. “Man, what happened to you?” I asked.

He blinked and focused slowly on my face. Looking back on it, I realize that he probably had a concussion, but in those days we were told to just “shake it off.”

“l was in foot pursuit of a couple of Eight Treys, man,” the officer said. “l got separated from my partner during the pursuit and jumped over a fence. The kid I was chasing ducked under a clothesline, and when I went to tackle him, the line got me under the chin. I never saw it. It flipped me backward, and I bounced my head off the concrete. Knocked me out cold, man.”

He blinked a few times. “I woke up indoors on some guy’s couch. He’d seen the whole thing, come outside, and carried me into his house and hid me from the Crips.” The officer held his head in his hands, trying to quell the pain.

“Yeah … no,” he said, furrowing his brow. “We called the fire department, and they snuck me out of his house on a stretcher. The gangsters didn’t see he had a cop in his house.” He shook his head slowly. “When I came to, the guy said, ‘l seen you around before. You were always fair to everyone. You’re one of the good cops. I wasn’t gonna let them kill you.’ You know, Harrison, if those Eight Treys would’ve seen me laying there unconscious, they’d have put a bullet in my head.”

“No,” he said, “I treat everyone with respect. I never figured people were watching though. I never thought it would save my life.”

His actions had consequences and they saved his life. My actions as a teenager had consequences, and they saved me a trip to the emergency room. In his case and mine, black men risked their safety and even their lives to save white men because of some small acts of kindness that neither of us realized would come to matter so much.

Ken Harrison appears this Thursday on LIFE Today. You can watch Ken’s entire appearance at this link.

He is the Chair and CEO for Promise Keepers, which will host 80,000 men in the AT&T stadium in Arlington, Texas, this summer. This is an excerpt from Rise Of The Servant Kings: What the Bible Says About Being a Man by Ken Harrison. Copyright ©2019 by Ken Harrison. Published by Multnomah, an imprint of Penguin Random House LLC. Used by permission.