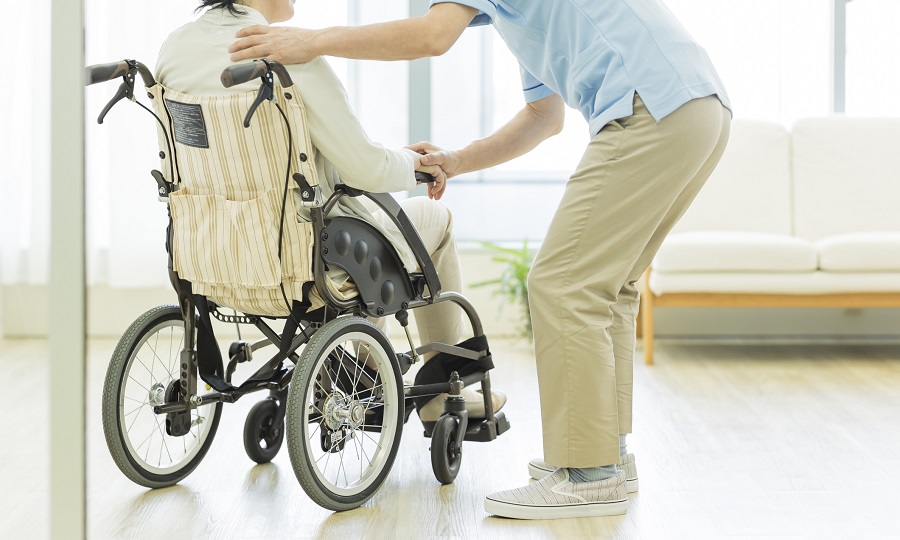 Despite prosecutions and public stories identifying vote fraud activists targeting seniors, many in our media and political class continue to deny that our elderly population can be singled out for vote manipulation and suppression.

Vote fraudsters recognize the unique challenges of some seniors, and exploit these to achieve their own deceitful political ends. The fraud is real, institutionalized — and must be stopped.

It is more efficient to target seniors in one facility than committing door to door vote fraud. With approximately 2.5 million seniors in assisted living or nursing facilities and even more in independent living, our trusting Greatest Generation is high risk for being targeted by dishonest political activists.

The elderly usually make the difficult decision to enter senior living due to the normal processes of aging. Loss of vision, mobility and the onset of dementia make it challenging to safely live at home and difficult for many seniors to complete ballots without assistance. In addition to needing help, their voting behavior is noteworthy in assessing why they might be targeted.

Seniors vote Republican by a large margin. A 2016 Pew Research study found 53 percent identify as Republican, and in 2016, voters over 65 voted for Trump by nine points over Clinton.

So, who would have an interest in suppressing or manipulating senior votes?

The answer is, of course, Democrats and their associated activist and organizational allies who want to defeat Republicans at the polls. One group in particular already has a unique foothold in senior residence communities, and is one of the Democrat party’s strongest supporters.

The Service Employees International Union was founded in 1921 to organize building services employees, but in recent years has focused on healthcare workers whose numbers are growing as Baby Boomers age.

The union boasts 1.1 million healthcare-associated members with nearly 50K nursing home members in six states and the District of Columbia alone. It devotes much of its resources to unionizing employees in senior facilities and home health care.

The SEIU is also a powerful Democrat political machine. In the 2018 midterms, 99 percent of its Congressional donations went to Democrats. All of its outside group funding is identified as Democrat/liberal.

In the 2016 presidential cycle, 99 percent of its $11.8 million in donations went to Democrat candidates or liberal groups.

In its efforts to unionize caregivers in Minnesota a few years ago, SEIU was accused of forging ballots, and made no secret of using its members as vote collection activists. In senior residences, it has a potential group of built-in activists.

These are cases we can see, but how many voters in senior facilities that we don’t know about don’t get to vote, or have ballots discarded or manipulated? Vote suppression, in particular, is difficult to identify and prove.

Senior living management are kind, caring people who likely have no idea the seniors they care for can be victimized by the ballot assistance volunteer they just let in the front door. They must confirm the legitimacy of anyone volunteering to help with senior voting.

At the American Constitutional Rights Union, we started our Protect Elderly Votes project to advocate for the protection of senior votes. We understand visible and hidden fraud happens because residence staff are not aware of the activity of vote thieves.

By mid-July, ACRU will have mailed over 6,000 letters to executive management of senior facilities in all 50 states informing them of federal and state statutes that protect their residents from vote fraud, and encouraging their leadership to protect seniors under their care.

The best assistant for a senior needing any form of help with voting is a trusted family member or friend. If one is not available, senior residence management must take steps to ensure no visitor or staff in their facility influences a vote or checks a box for an elderly resident that does not represent the political choice of that resident.

Each state has different laws protecting voters from those who try to assist them with their ballots dishonestly. The management of each facility is responsible for ensuring those statutes are upheld to the letter of the law.

For most senior residence employees, their job is a labor of love. It is not an easy job, either physically or emotionally. These employees have a heart of protection, and they must add protection against vote activism and theft against their residents to their list of important responsibilities.

Please visit www.ProtectElderlyVotes.org to view the Senior Voter Bill of Rights and a hotline to report any suspicious vote activity involving seniors.

Amb. Ken Blackwell is a member of the American Constitutional Rights Union Action Fund Board of Directors.