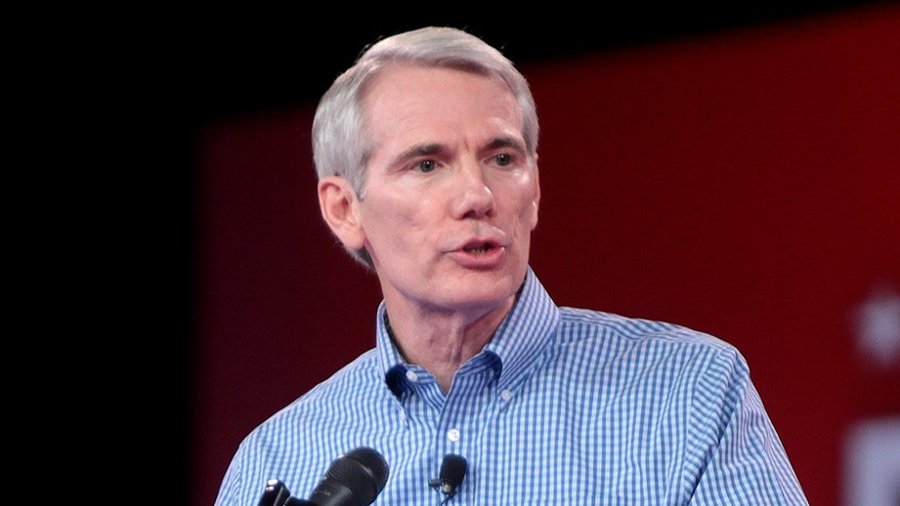 Sen. Rob Portman, R-Ohio, is one of the top Republican supporters of the so-called Respect for Marriage Act.

Lawmakers have decided to push a vote on same-sex marriage legislation until after the midterm elections, senators announced Thursday.

Sen. Rob Portman, R-Ohio, one of the top Republican supporters of the so-called Respect for Marriage Act, said Thursday that the Senate will wait until after the midterms before it attempts to codify the legislation, Fox News reported. The bill’s supporters had hoped lawmakers would vote on the bill this month.

“I’m still very confident that the bill will pass, but we will be taking the bill up later, after the election. We will be putting out a joint statement,” said the bill’s chief sponsor, Sen. Tammy Baldwin, D-Wis., following Thursday’s Democratic caucus lunch, Politico reported.

While some Democrats had thought that Senate Majority Leader Chuck Schumer, D-.N.Y., would grant the lawmakers more time in order to vote on the legislation before the midterms, Democrats told Politico that they would prefer to wait and successfully pass the legislation rather than rush the vote and fail (Schumer needs 10 GOP votes to avoid the filibuster).

And Republicans have indicated that the bill has a better chance after the midterms anyway.

“We should have a vote when you’ve got the votes. They’ll get more votes in November and December than they get on Monday,” Sen. Roy Blunt, R-Mo., who is retiring, told Politico. “If I wanted [it] to pass and I was the majority leader and I wanted to get as many votes as I could possibly get, I’d wait until after the election.”

Sen. Thom Tillis, R-N.C., also told the publication that the group of bipartisan senators “believes that we had the opportunity to grow votes,” adding that taking more time “makes sense.”

“I’m convinced that this is going to pass,” the senator added. “The people who have been negotiating it want an outcome. I reject the idea that the timing decision was political. But quite honestly, it even takes that off the table.”

“They want to talk about same-sex marriage (which polls in their favor) rather than talking about sterilizing gender transition procedures for minors (which has very little electoral support),” he explained. “They’ve been hoping to get 10 Republican senators to support it, presumably to make it go away.”

This would be a mistake, according to Richards.

“It’s unlikely that any of these senators would gain a single new voter, but they would dispirit and alienate the conservative base that still cares about marriage,” he said. “Perhaps worse, their support of the act would imply that Republicans no longer believe that children should, all things being equal, be raised by a married mother and father.”

Conservative leaders have called for senators to reject the Respect for Marriage Act, which seeks to codify into federal law the Supreme Court’s 2015 legalization of same-sex marriage in Obergefell v. Hodges.

The legislation passed the House of Representatives this summer: Two hundred and twenty Democrats voted in favor while only seven Republicans abstained from voting and 47 Republicans voted in support.

It's a slap in the face of our federalist system that is just the latest effort to impose their leftist agenda on the entire country.

“The Act, which was suddenly rushed through the House without any public hearings or input, is an attack on millions of Americans, particularly people of faith, who believe marriage is between one man and one woman,” wrote more than 80 conservative leaders in a July letter to Senate Minority Leader Mitch McConnell, R-Ky.

The conservative leaders warned that the bill would threaten Americans’ religious freedoms if it became law, noting that though it “does nothing to change the status of, or benefits afforded to, same-sex marriage in light of Obergefell, it does much to endanger people of faith.”

Roger Severino, vice president for domestic policy at The Heritage Foundation, also accused the legislation on Thursday of putting “a giant target on the backs of people and institutions of faith.”

“To be clear, there is no risk of any legally married same-sex couple losing any of their benefits or legal status,” he said. “The only reason to add Congress’ explicit blessing on such unions now is to cement it as national policy that can be used as a weapon by government agencies, such as the IRS, to deny traditional religious institutions tax-exempt status, licenses to assist in adoptions, and government funding and contracts.”

Severino noted that conservatives have already seen government actors “hound faith-based adoption agencies out of major cities across America because of their views on marriage.”

“Some senators, however, namely Sens. Tammy Baldwin, Susan Collins, and Mitt Romney, want to prop up this bad bill by offering an amendment that purports to address religious liberty concerns,” he said. “The American people should not be fooled.”

“If lawmakers are serious about religious freedom, they should reject the Baldwin-Collins-Romney amendment out of hand and look to the Lee amendment instead,” he added.

The Daily Signal’s Gillian Richards contributed to this report.