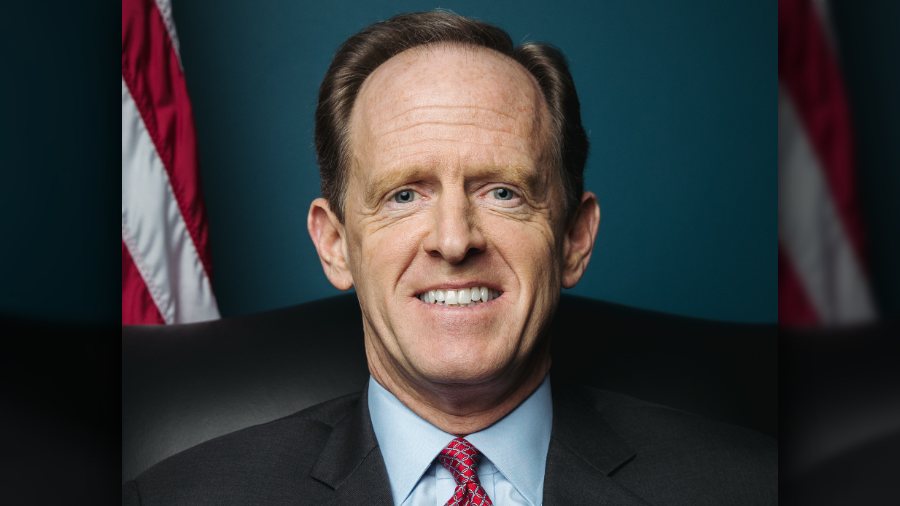 The Federal Reserve has thus far refused to respond to requests for congressional oversight regarding what the Senate Banking Committee’s top Republican calls its “politically charged” focus on “racial justice,” social and environmental policies.

Toomey followed up on previous requests from March and May to four Federal Reserve regional banks about politically-charged research that he said was outside the scope of the mission of setting the nation’s monetary policy.

After the four banks didn’t respond, Toomey issued four letters to the banks in San Francisco, Minneapolis, Atlanta, and Boston.

“[Your] refusal to provide any documents responsive to the request is an unacceptable stonewalling of Congress’s need to fully evaluate the recent and sudden departure of the [bank] from its important, nonpartisan, and statutorily defined mission to ‘promote effectively the goals of maximum employment, stable prices, and moderate long-term interest rates.’” Toomey, the ranking member of the Senate Banking, Housing, and Urban Affairs Committee, wrote.

“This is particularly troubling given the various ways in which the [bank] lacks both transparency and accountability in carrying out its statutory mandate,” Toomey said.

The four regional banks held a series of events titled “Racism and the Economy” that asserted “structural racism” is the leading cause of inequality in the United States. The regional banks began holding the virtual events in October 2020 and have another event scheduled for July, which will be the seventh listed on the website.

This also comes after a directive from the Federal Reserve Board of Governors that instructed its employees across the country to adopt “bias-free language,” including avoiding using words like “Founding Fathers,” “manmade,” and “singular generic pronouns” such as “he” or “she.”

Toomey said it may be time to consider legislation to make the Federal Reserve subject to the Freedom of Information Act, a law that requires most government documents be available to the public, applicable to the nation’s central bank as well. Nearly every other federal agency is subject to the law.

“Transparency and openness are essential in both promoting a greater understanding of the [bank’s] mission and actions and also in maintaining public trust,” Toomey said in the Wednesday letter, adding:

However, it appears that the [bank] prefers to cloak its activities in secrecy and withhold documents from both Congress and the American people. Unfortunately, it is hard not to infer that the [bank] has something to hide.

If the [bank] continues to resist a legitimate congressional oversight request, Congress may need to consider subjecting the [bank] and the other Federal Reserve regional banks to the same transparency and accountability laws imposed on nearly every other federal agency or organization.

On March 29, Toomey opened an investigation of regional Federal Reserve banks for publishing information about environmental, social and governance topics, also known as ESG. He requested the information from the San Francisco bank no later than April 9.

Then on May 24 Toomey expanded this investigation to the three other regional Fed banks about their interest in “racial justice” issues. He requested that Minneapolis, Boston and Atlanta respond no later than June 7.

Earlier in June, 42 independent economists wrote an open letter stating the Federal Reserve was weakening its credibility by promoting environmental and social policy.

“The Fed is among the nation’s most important institutions. Its monetary and regulatory mandates are essential for economic stability,” the June 17 letter, published in National Review, from the economists says. “However, based on recent activity, the Fed is in danger of exceeding these mandates. Unless it changes course, the Fed will impede its own effectiveness.”

Worryingly, the Fed’s behavior renders it increasingly sensitive to political interference. Partisan agendas have no place in determining the Fed’s policies. Yet this is precisely what the Fed’s current operations invite. We are beginning to see the signs of a politicized Fed, as it delves into areas such as environmental and social policy. These diversions weaken the Fed’s credibility and undermine its independence.

The “Racism and the Economy” series sponsored by the regional banks professes to be about understanding “the implications of structural racism in America’s economy and advancing actions to improve economic outcomes for all.”

Racism forms the foundation of inequality in our society, and it threatens our economy and limits economic opportunity for people of color. All 12 district banks of the Federal Reserve System are partnering to highlight the implications of racism in the United States and identify solutions. The reserve banks will host a series of virtual events to examine the ways in which structural racism manifests in America and advance actions to dismantle structural racism.

“We have received the inquiry from Sen. Toomey’s office, and we look forward to discussing with him how better understanding racial inequality helps the Federal Reserve reach its mandate of maximum employment and ensure economic gains are widely experienced across the population, regardless of race,” Mracek told The Daily Signal in May.

An article posted on the Minneapolis Fed’s website about one of the “Racism and the Economy” events on April 13 quoted Mary Daly, president of the San Francisco Federal Reserve Bank, as asserting that economics and racism are not separate.

“We’re going to talk about how the practice of economics, the very way we conduct our research, may in fact contribute to, perpetuate, some of the things we’ve seen that horrify us,” Daly said at the event.