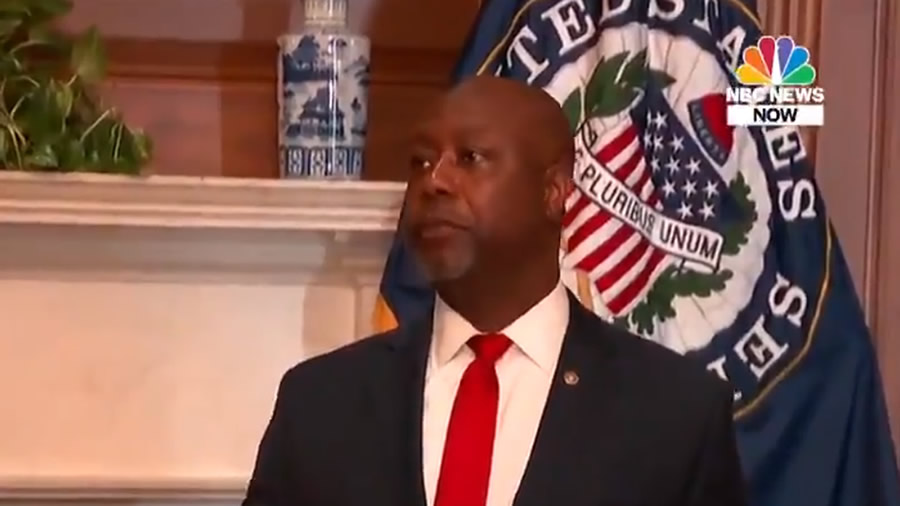 Trump, in response to a question from moderator Chris Wallace asking whether he would condemn white supremacy, said that “almost everything I see is from the left wing, not the right wing.”

Reporter: “Do you find that concerning, the president's refusal last night during the debate to condemn white supremacist groups?"

Sen. Tim Scott: “I think he misspoke. I think he should correct it. If he doesn't correct it, I guess he didn't misspeak." pic.twitter.com/qxDTrg7ulT

When asked to condemn the Proud Boys, a right-wing group that includes some white supremacists, Trump replied, telling the group to “stand back and stand by,” before once again addressing left-wing groups.

“But I’ll tell you what, somebody’s gotta do something about Antifa and the left,” Trump said.

That debate was garbage but this is the actual transcript of the white supremacy exchange. Trump didn't "refuse" to denounce white supremacy, as much of the media is now saying. Look at his first reply.

Sure, take issue with how he handled the q, but don't misinform people. pic.twitter.com/TIg2WSxKVj

While Democrats have criticized Trump for refusing to explicitly condemn white supremacy, his response was praised by the Proud Boys organization, NBC News reported.