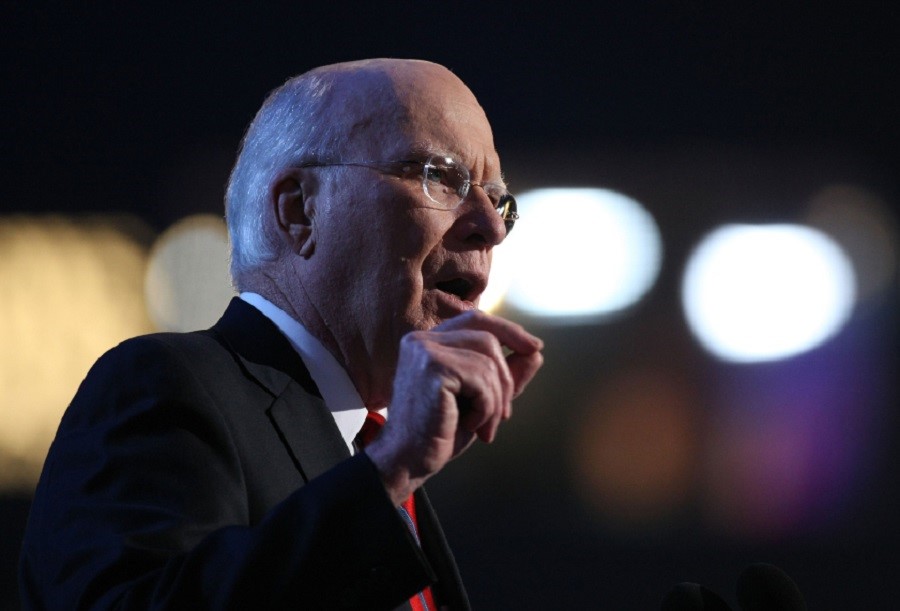 The fact that Democrat Sen. Pat Leahy — not Chief Justice John Roberts — will preside over former President Donald Trump’s impeachment trial this week should draw bipartisan condemnation as an assault on both democracy and the U.S. Constitution. The very Constitution, Democrats claim to be vindicating through this trial.

Traveling the globe representing our nation, and in the years since then continuing as an official international observer for other nations’ elections, is enough to impart a profound reverence for our democratic republic — where people can rule themselves. It is a rare thing, a precious thing, and a fragile thing.

You see this in the Constitution when it carefully sets out the extremely narrow and limited role in our democratic republic for impeachment — the process for removing those in power without going to the ballot box. It is a serious matter for anyone other than the voters to remove a public official.

The Will of the Voters Should Be Supreme

This is especially true when it comes to removing the president of the United States. America has only one president at a time, uniquely chosen by all the nation to represent all the nation. That is central to the purpose of the Electoral College, giving weight both to the population of each state and the fact that as a sovereign state its particularly regional concerns should be addressed. Thus that each state gets two electors for being a state (the same as a senator), plus an additional elector for each congressional seat (acknowledging how many people live in that state).

The United States is on a very different path now than it was a year ago, due to the change in the occupant of the White House. Whether you voted for Donald Trump or for Joe Biden, all can agree that this profound shift proves that elections have consequences.

The will of the voters should generally be supreme as a basic principle, so the Constitution places strict limits on undoing the results of an election. The Constitution mandates that the impeachment of an executive officer can only be for specific purposes: treason, bribery, or other high crimes and misdemeanors. It also requires a two-thirds vote in the Senate to convict, rather than a simple majority.

This principle is uniquely heightened when anyone other than voters is considering removing a president from office; superseding the will of the voters to shorten a president’s term by even a single day is something to be approached with the utmost care and reluctance.

When the Senate holds an impeachment trial of the president, the Constitution commands that the chief justice of the United States shall preside. Legal scholars note that this is because otherwise, the vice president could preside as the head of the Senate, a vice president who would stand to gain the ultimate promotion if the trial results in a conviction.

But a second purpose is served by requiring the chief justice to preside. Senators are political animals, elected through the democratic process. Although their six-year terms insulate them from the passions of the moment more than the two-year terms of House members—the ones who begin the removal process by impeaching a president—they can still bend to political pressure.

The chief justice, however, is life-tenured and is the head of the judicial branch of government. His presence is an additional guarantee of due process for the accused, of an impartial judge, of the rule of law rather than mob rule, and as a check on political passions. It also means that only the involvement of both the first branch and the third branch of government can remove the head of the second branch from power. Requiring the chief justice’s assent to the process is to make it as difficult as possible to remove a sitting president.

Leahy’s usurpation of Roberts’s role in the second impeachment trial of Trump highlights how this whole affair is unconstitutional. Leahy is not impartial. He has already called for Trump’s conviction before he’s heard any witnesses or evidence. In fact, there were no such due process features to the snap impeachment in the House, and the Senate is poised to mimic those due process violations — something that the chief justice would surely oppose.

And as Sen. Rand Paul (R-KY) pointed out, the idea of trying a former president is itself unconstitutional. Impeachment is about removing someone from office. Trump is now a private citizen who occupies no office.

There is reason to believe either that Roberts would not have gone at all to the Capitol to preside over this unconstitutional circus act, or would have gone, but then ruled in favor of a motion to dismiss the proceeding at the outset. Roberts is clearly no fan of Trump, so the objection would be based solely on the Constitution, and it says volumes that Roberts will not preside over this illegal farce.

What Do Democrats Hope to Achieve?

What then do Democrats hope to achieve? They want to disqualify Trump from ever running for office again.

But that’s not their decision to make. The voters decide who to elect for president, not senators. The Constitution does not allow them to take away the people’s choice when it comes to former officeholders who might run in the future.

Even if the Senate could impose such a penalty on a former elected official, it would still take a two-thirds supermajority of 67 senators. They clearly do not have the votes for that.

Leahy’s unconstitutional trial will instead result in a repeat of the headline from last year’s trial: “Trump Acquitted.” Hardly an auspicious maiden voyage for the Democrat-majority Senate.

Ken Blackwell is a Distinguished Fellow for Human Rights and Constitutional Governance at the Family Research Council, and former U.S. Ambassador to the United Nations Human Rights Commission.