The Second Amendment is One SCOTUS Justice Away from Repeal 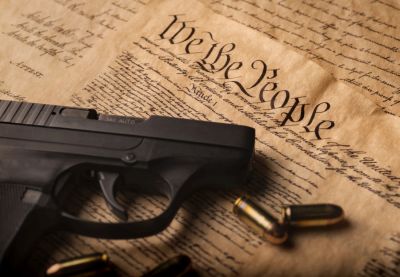 In August, my colleague Charlie Cooke wrote an epic rant daring the Left to stop talking about repealing the Second Amendment and start doing it. Introduce the repeal to Congress, work it through the states, and tell the American people what you want to do — take from them a fundamental, enumerated right from the Bill of Rights. As Charlie eloquently outlines, repealing the Second Amendment is an impossible task. Even worse for the Left, it’s political suicide. But if the Supreme Court’s decision in Obergefell v. Hodges teaches us anything, it’s that the age of judicial supremacy means that five justices can amend the Constitution far more efficiently than Congress and the state legislatures. And right now there are clearly four Supreme Court justices who are committed to the absurd view that the operative clause of the Second Amendment — “the right of the people to keep and bear Arms, shall not be infringed” — doesn’t actually mean “the right of the people” and therefore doesn’t encompass an individual right to own a weapon, even for self-defense. This view defies history yet is received, conventional wisdom on the judicial Left, in much the same way that it’s received, conventional wisdom that the Constitution actually protects rights to abortion and gay marriage.

It is certain that the next Democratic nominee for the Supreme Court will adopt that same ahistorical view, and if that nominee replaces, for example, Justice Kennedy or Justice Scalia, then the five-justice majority in District of Columbia v. Heller will be gone. If that majority goes, then the next gun-rights case will transform the Second Amendment into nothing more than a historical artifact of the era when the militia consisted of able-bodied men with muskets over their mantles.

Read the article “The Second Amendment is One SCOTUS Justice Away from Repeal” on nationalreview.com.