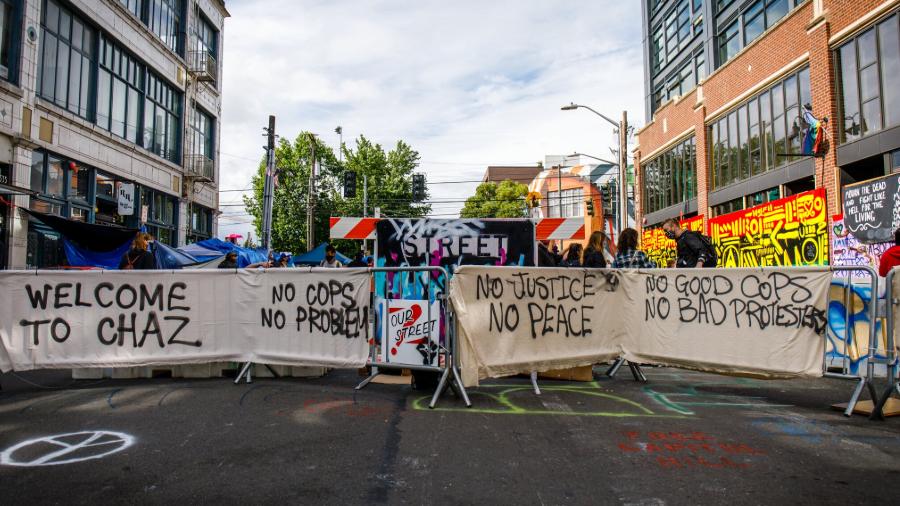 As of 7:45 AM, officers have made 23 arrests in the #CHOP zone for failure to disperse, obstruction, resisting arrest, and assault. One of the arrestees, a 29-year-old man, was in possession of a large metal pipe and kitchen knife when he was taken into custody. pic.twitter.com/12qT7psBQQ

“Enough is enough. The CHOP has become lawless and brutal,” Seattle Police Chief Carmen Best said in a statement. “My job, and the job of our officers, is to protect and serve our community. This is not an end to our department’s engagement with demonstrators.”

The mayor acknowledged that “much of the expression has been peaceful and created community solidarity for Black Lives Matter,” mentioning the garden, conversation corner and art installments created within CHOP.

Durkan said she recognized the “right to lawfully assemble guaranteed by the Constitution,” but added that “City departments have more than reasonably accommodated protesters.”

“The City’s obligations under the First Amendment do not require the City to provide limitless sanctuary to occupy City property, damage City and private property, obstruct the right of way, or foster dangerous conditions,” Durkan said.

Durkan ordered every city department to respond to her order, with the Seattle Police Department maintaining the closure of the park and carrying out arrests for people who refuse to vacate the area.

The neighborhood was previously called the “Capitol Hill Autonomous Zone” by activists, and was renamed the “Capitol Hill Occupied Protest” zone or “CHOP” mid-June, the Daily Caller reported. The zone is comprised of nearly six residential blocks, businesses and the Seattle Police Department’s East Precinct headquarters.