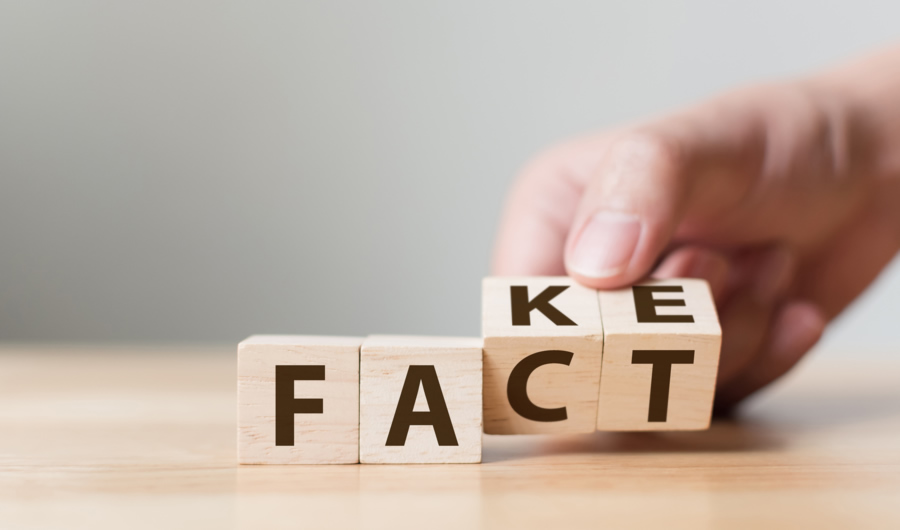 NBC News reporter and political director Chuck Todd recently railed against “misinformation” and singled out President Trump and “the right” for having an “incentive structure” to spread it. Todd — who, according to NBC, “is responsible for all aspects of the network’s political coverage” — also stated that Republicans criticize the media for “sport” and “the loudest chanters of fake news” are “the ones who, under a lie detector, would probably take our word over any word they’ve heard from the other side on whether something was poisonous or not.”

Speaking directly to those unsupported claims, a scientific survey commissioned by Just Facts shows that many people are indeed misinformed — but contrary to Todd — this is a bipartisan affair. In fact, the survey found that the most commonly believed misinformation accords with left-leaning narratives spread by the press, and Democrat voters are more likely to accept these falsehoods than Trump voters. Furthermore, sizable portions of Trump voters have swallowed some of these media-promoted liberal fictions, as well as some conservative ones.

The findings are from a nationally representative annual survey commissioned by Just Facts, a non-profit research and educational institute. The survey was conducted by academic research firm Triton Polling & Research and used sound methodologies to assess U.S. residents who regularly vote.

While most polls measure public opinion, this unique one measures voters’ knowledge of major issues facing the nation — such as education, taxes, healthcare, national debt, pollution, government spending, Social Security, global warming, energy and hunger. Every year, the poll includes a new question about a prevalent, controversial issue. This year, it is about poverty.

Results for All Voters

For each question, voters were offered a selection of two or more answers, one of which was true. Voters also had the opportunity to say they were unsure.

The highest levels of misinformation were found on questions relating to child hunger, tax burdens, poverty, landfills, health insurance copayments, and two elements of Social Security finances. For these 7 questions, 75% or more of voters provided an incorrect answer.

Among 8 of the 10 questions in which the electorate was most deluded, the wrong answers they gave accorded with progressive storylines propagated by the media. Moreover, these answers were often far removed from reality, not just slightly mistaken.

For example, 79% of voters think that the middle class pays a greater portion of their income in federal taxes than the top 1%. Yet, the Congressional Budget Office, the U.S. Treasury, and the Tax Policy Center have all documented that households in the top 1% pay an average federal tax rate that is about 2.5 times higher than that of the middle class. More specifically, the latest Congressional Budget Office data on federal taxes shows that on average in 2016:

Nevertheless, media outlets commonly report the opposite based on deceptive studies that exclude large portions of people’s taxes and/or incomes. A remarkable 93% of Democrat voters have accepted this canard, as well as 65% of Trump voters.

Results by Age, Gender and Politics

The survey also recorded voters’ ages, genders, and who they planned to vote for in the upcoming presidential election (Donald Trump, the eventual Democrat nominee, or a third-party candidate). This allows the survey to pinpoint segments of society that are most and least informed about specific issues.

The results show deep partisan and demographic divides, with different groups being more or less knowledgeable depending upon the questions. In total, the rates at which voters gave the correct answers varied from a high of 46% for Trump voters to a low of 32% for Democrat voters, with others falling in between as follows

The sample sizes of unsure and third-party voters were too small to produce meaningful data.