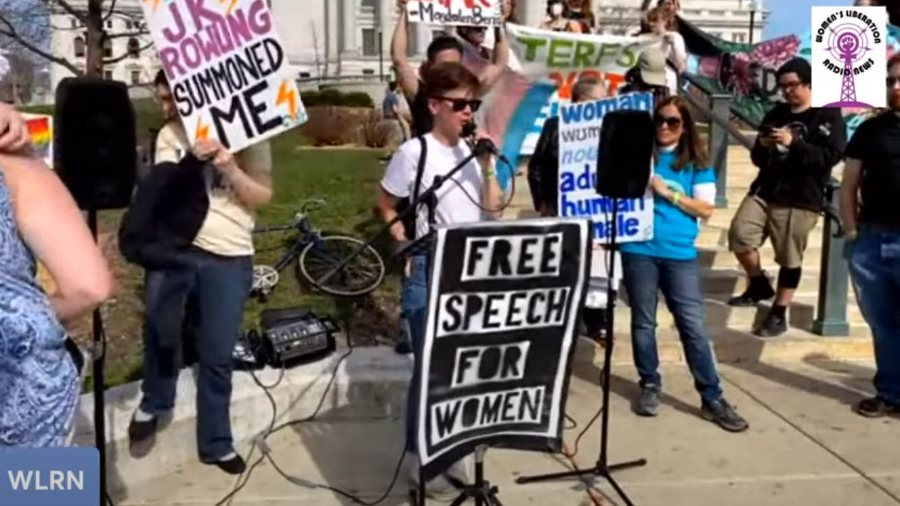 In this screenshot from a YouTube video by Women's Liberation Radio News of their April 23 event in Madison, Wisconsin, Marissa Darlingh says she's an elementary school counselor in Milwaukee Public Schools and that “not a single one” of the students under her watch “will ever, ever transition socially” or medically.

A Milwaukee public school counselor was placed on administrative leave after stating she would refuse to support transgender students, The Milwaukee Journal Sentinel reported.

The school district announced Friday that Marissa Darlingh was put on leave on June 15, the last day of school, for speaking out against transgender students, The Milwaukee Journal Sentinel reported.

Darlingh’s speech at a rally on April 23 was posted to YouTube by Women’s Liberation Radio News. The speech sparked an internal investigation into her conduct by the Milwaukee Public Schools district.

“My name is Marissa Darlingh. I am an elementary school counselor in Milwaukee Public Schools, and I oppose gender ideology ever entering the walls of my school building,” Darlingh said. “On my dead f—— body will my students be exposed to the harms of gender identity ideology.”

Milwaukee Public Schools is currently investigating if Darlingh’s remarks qualify as “immoral conduct,” which could lead to her educator license being revoked, according to The Milwaukee Journal Sentinel.

Milwaukee Public Schools did not immediately respond to The Daily Caller News Foundation’s request for comment.