Why Would Scholars Leave Mormonism? Interview With Author Corey Miller 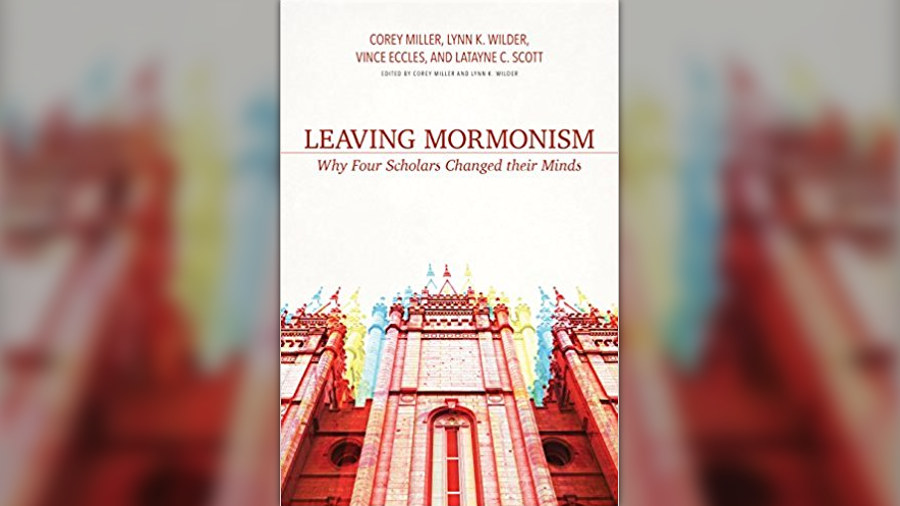 Corey Miller is the president of Ratio Christi, an organization that brings apologetics to the university campus. He was also a classmate of mine in the Philosophy program at Talbot Theological Seminary. As a former Mormon, Corey has a special interest in reaching people in the LDS church. He has compiled a fascinating and unique book called Leaving Mormonism: Why Four Scholars Changed Their Minds. I had the chance to endorse this book and highly recommend it. If you’re interested in reaching out to the Mormon community, this book is a must-read.

Check out this brief interview, and then I hope you will consider getting a copy of his excellent book:

Sean McDowell: Corey, you are a Christian leader but grew up in the LDS church. What caused you to leave Mormonism?

Corey Miller: I was invited by a friend to spend the summer in California with his family on the condition that I attend a one-week summer camp at Hume Lake Christian Camp. I had a religion and certainly wasn’t looking forward to the camp for religious reasons, but I overlooked it because I could spend the rest of the summer at the California beaches.

The camp speaker preached on hell and literally scared the hell out of me and heaven came right into me. I’d never thought about the reality of hell much in Mormonism and it created in me an urgent need for grace, yet another concept which I never greatly appreciated until then in light of Mormonism’s near universalist focus. Hell isn’t a serious concept in Mormonism. It made me think seriously about sin in general and my sin in particular. I became immediately aware of my utter sinfulness and need for a savior. Christ’s death became very meaningful to me like never before.

There is no other book like this one — all of whose authors are former Mormon insiders, possess an academic doctorate and pursue Jesus as the love of their lives.

Simultaneous with the message, I also saw the love of Christ, not religion, in people unlike any time in the past. This was intensely attractive. I was invited by that family to return to California for my junior year of high school and be discipled within the church I went to camp with. It was one of the most seminal years of my life.

McDowell: What motivated you to write Leaving Mormonism: Why four Scholars Changed their Minds?

Miller: Many years ago I saw a vacancy in the literature relative to Mormonism and Christianity, even by those writing at the highest level, yet lacking some important element. I knew that I could be one among others to fill that vacancy if and when I would obtain a Ph.D.

When completion of my Ph.D. was near, I searched for contributing authors who met this three-fold criteria and discovered only six in the world, four of whom agreed to join the project and one of whom became my co-editor, a former BYU professor, Lynn Wilder.

McDowell: Given the many books on Mormonism, what makes this book so unique?

Miller: There is no other book like this one — all of whose authors are former Mormon insiders, possess an academic doctorate, and pursue Jesus as the love of their lives. We have a unique perspective, not just with Mormon theology, but also with Mormon psychology and sociology given that we all lived in Utah at one time or another.

I have appreciation for the claim that Mormonism is a non-Christian cult, with its unorthodox aberrant theology, but also for the claim that Mormonism is a culture. Our being scholars doesn’t make us smarter than others. But it does enhance our credibility and signals that there are thinkers at the highest levels who have defected from Mormonism, but not defected from Christ — as is all too common amongst post-Mormons. In fact, our love for Christ is more meaningful now than it ever was in Mormonism.

McDowell: In your experience, what are the main reasons scholars leave Mormonism? How does that compare and contrast with why non-scholars leave the faith?

I know of no one at present, nor have I ever known anyone, to become LDS for intellectual reasons.

Miller: The reasons are often complex varying from person to person. Our four testimonies can be found in our book. As one might expect, scholars in Mormonism are typically impacted more by intellectual concerns than the average Mormon. But some LDS remain in the LDS church for pragmatic reasons even after rejecting intellectual foundations.

I know of no one at present, nor have I ever known anyone, to become LDS for intellectual reasons. That isn’t its attraction, even though plenty have rejected Mormonism for such reasons. Its attraction is generally more emotional and sociological than intellectual and theological.

McDowell: What advice would you have for people who want to reach their Mormon friends (whether they are scholars or not?)

Miller: First, in addition to a wealth of great websites and books, I have two back to back articles coming out in December and March in the Christian Research Journal addressing this question, as well as sections in the current book, Leaving Mormonism, and both yours and Eric Johnson’s forthcoming book, according to which I was graciously invited to be a contributor.

Second, beyond the resources mentioned, I recommend that people stay focused on the questions concerning who God is and how to get to heaven, both of which have their connection in the person and work of Christ. Don’t get sidetracked on interesting or important secondary items. Although not an essential doctrine, it is a centrally important element to address the nature of “testimony,” something I cover in my dissertation or in various ways in many of the written resources I mention above. I think it is crucial to the dialogue and often omitted by the average Christian even though it is the epistemic buck stopper for the average Mormon.

Third, and perhaps most importantly, walk by the Spirit and be Jesus to your Mormon friend. She needs to see a more robust alternative to her own community.

McDowell: Can you briefly share some background info about the contributing authors?

Miller: Dr. Eccles is a research astrophysicist professor at Utah State University and grew up in Utah as a Mormon. Dr. Scott has written over a dozen books and is a former BYU grad student who then went on to complete a Ph.D. in biblical studies. Dr. Wilder was a convert into Mormonism during grad school and was then recruited to teach at BYU until she became a Christian. I was a sixth generation Mormon with an ancestor being a body guard of Joseph Smith. I’m now the President of Ratio Christi, an international apologetics campus ministry on nearly 200 campuses, and I teach adjunct at Indiana University in philosophy and comparative religions.