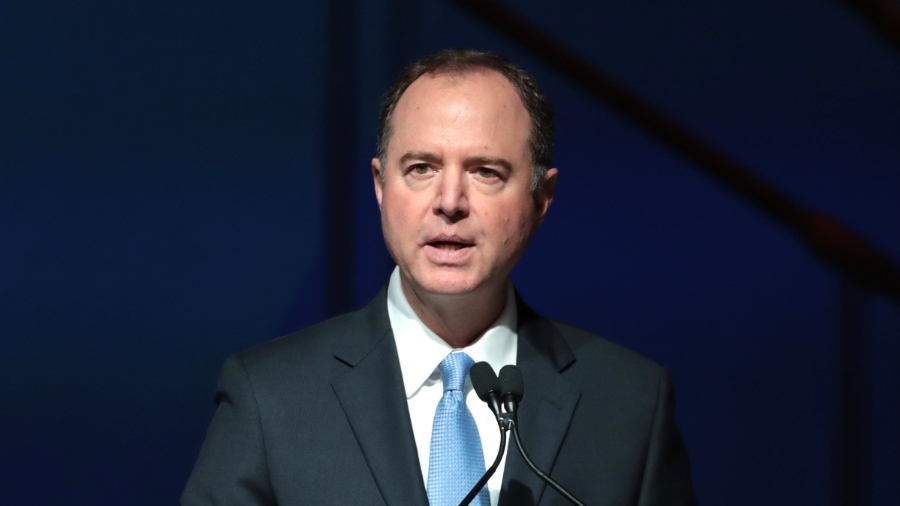 Now that Attorney General Bill Barr has opened a criminal investigation into the origins of the “Trump/Russia” probe, news outlets have been working feverishly trying to dismiss and discredit him while defending Adam Schiff.

Spend ten minutes with your Democrat friends, and you’re bound to be subjected to the same talking points they’ve heard on CNN or MSNBC. At the moment, the Top Three would probably be:

1) Barr is just working for Trump to get him political payback;

3) The Benghazi hearings were behind closed doors, so Schiff’s can be, too, just like a grand jury.

One reader’s Democrat friends have been talking about 3), and he has asked me to comment. Here is his letter and my reply, followed by (yes) a limerick.

…A couple of my friends are comparing these hearings to the Benghazi hearings, that I didn’t know about.

“Republicans held closed meetings re: Benghazi and thought it was perfectly fine. Now they don’t like it when the Democrats have that same policy for the impeachment hearings. This part of the investigation can be compared to a grand jury inquiry. What and who they present is not made public until the decision to move ahead or not.” This [is] one quote.
Could you please address this publicly? I feel it is like comparing grapes to watermelons. I would really appreciate a response that I can share again on Facebook.

Glad to, Rick. Now, I’m not a lawyer, but I do know that the founders intended impeachment to be in a class by itself, not lumped into the same category as a general fact-finding investigation, as with Benghazi, or a typical grand jury. Not only does it target an individual, but that person is the President of the United States, no less, and the endgame is possibly removing that duly-elected person from office.

There is nothing more serious that our Congress can undertake, aside perhaps from declaring war, and certain important protocols have been established. Those who say Schiff’s committee is essentially a grand jury and that this is all right either have not read the Constitution and Federalist papers or else have been blinded by partisan dislike of this President, or both.

In contrast, the hearings of the House Select Committee on Benghazi, chaired by Trey Gowdy, were for fact-finding, and my understanding is that much of that work was properly conducted behind closed doors because of the vast amount of classified information potentially involved.

In that case, a formal vote was held to form the committee and outline the scope and details, with seven House Democrats voting in favor. Both sides could call witnesses; the Republicans in the room with Schiff and his Inquisitors cannot.

Hillary testified extensively about her role in the murder of four Americans in Libya when she was Secretary of State. Critics saw the move to question her and her associates as politically motivated –- and they undoubtedly were for many Republicans, as she was running for President. Some of the questioning, particularly of Sidney Blumenthal, arguably went far afield. (But that’s when we learned about her email server).

However, the Benghazi committee did include seven Republicans and five Democrats. In fact, then-Minority Leader Nancy Pelosi personally appointed the five Democrats to, as she said, “be there to fight for a fair hearing and process, to try to bring some openness and transparency to what’s going on.” Ironically, Adam Schiff was one of her five picks, He was already on the Intel Committee then and called this special committee “a colossal waste of time.” Really funny considering what he’s doing now.

In addition to the closed-door hearings, there were four public hearings — remember when Hillary famously snapped “What difference, at this point, does it make??” — and transcripts, congressional reports, committee websites and fact sheets were generally available.

Also, Hillary wanted the public hearing, and they gave it to her. Functionally, this committee was bipartisan, and much more transparent than Schiff-ty’s no-rules “secure” hearings. I don’t recall that the private Benghazi hearings were nearly as shrouded with secrecy as Schiff’s hearings are, as I’ve never heard of an SCIF (“skiff”) until now.

Incidentally, even though Hillary walked away from the Benghazi investigation, they found massive screwing-up on her part. Here’s one op-ed from September 2016 we found by the deputy chief of mission at the U.S. embassy in Tripoli …

– House debate and formal vote on holding an inquiry

I should mention that we have breaking news about Schiff’s “inquiry.” D.C. District Court Judge Beryl Howell, an Obama appointee, has said it is valid even though the House hasn’t formally authorized it with a floor vote. (This was part of an equally dismaying ruling concerning the Mueller Report that chips away at the long-term secrecy of grand jury transcripts; details in the op-ed at this link: https://noqreport.com/2019/10/25/judge-beryl-howells-ruling-releasing-grand-jury-testimony-100-partisan-gobbledygook/

Legal Protections and a Limerick

Okay, I assume that if Schiff’s kangaroo court is going to be considered legitimate without a floor vote, then he will immediately extend to President Trump and his legal counsel all the due process considerations that were granted to Nixon and Clinton and that would automatically kick in with the floor vote. Rep. Mark Meadows has three suggestions to start:

1) Don’t have the hearings in a SCIF (secure room) if the information is not classified;

2) Extend due process to the minority; both sides should get to call their own witnesses, have subpoena power, etc.; and

3) “Get counsel in there that protects some of the equities of the executive branch.” I’m not holding my breath, though.

Well, I hope this helps. Your grape-and-watermelon analogy really does make sense, as we’re talking about IMPEACHMENT now, and we’ve not seen anything like this before. I think this all this secrecy will go down in history making Schiff’s “inquiry” look really bad. I’ll close with a limerick:

There once was a fellow named Schiff

Whose meetings were held in a “skiff”

He trashed all the rules