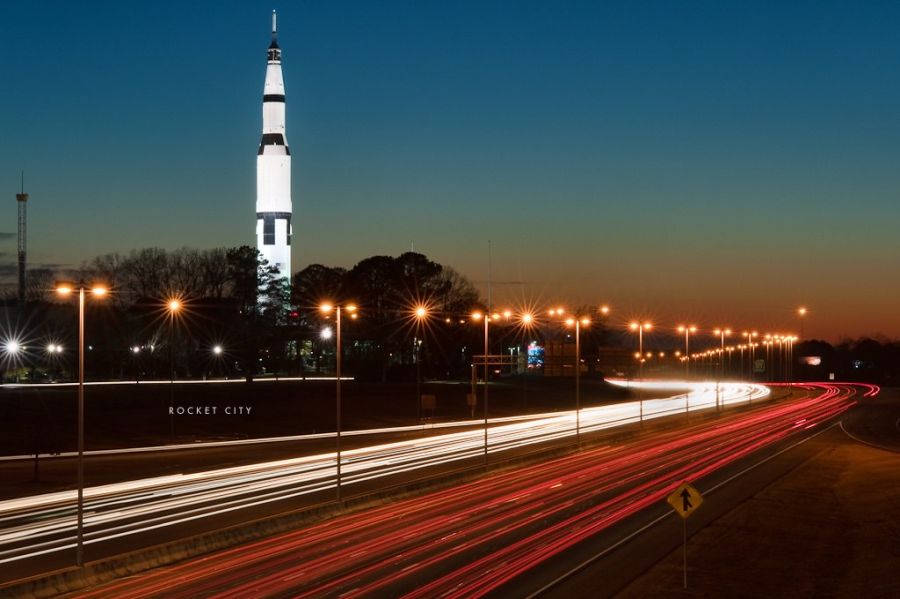 As we commemorate the 50th anniversary of the historic moon landing, I am not sure that today’s generation quite understands just how exciting this was in 1969. Apollo 11 came before Star Wars and a raft of science fiction movies that have since made space travel seem almost mundane.

I was in elementary school when Neil Armstrong climbed out of the Apollo 11 lander and stepped onto the moon. I remember watching it live on the local television station (back when there were no cable or satellite channels) like it was yesterday. I would also be willing to bet that was the case for just about everyone else I grew up with.

Why? Because I lived in Huntsville, Alabama, known as Rocket City, USA — the home of the Marshall Space Flight Center, where the engineers and scientists who worked for NASA were intimately involved in the Apollo program.

Astronauts in the Neighborhood

In the 1950s, Alabama Sen. John Sparkman, one of the most powerful members of the Senate, helped transform part of Redstone Arsenal, an Army base, into the Marshall Space Flight Center. He was the key to bringing Wernher von Braun and his coterie of German scientists to Huntsville, where they started building our space program.

Unlike most kids, whose neighborhoods are populated by parents who work in every kind of profession, the parents of everyone I knew worked as a scientist or an engineer, either for NASA or for the Army Missile Command at Redstone Arsenal.

I met von Braun when I was 10 years old because my parents were part of the social network of scientists and engineers that were designing, building, and testing rockets at Marshall. I attended a high school named for Gus Grissom, one of the three astronauts who tragically died in 1967 during a test for the Apollo 1 mission at Cape Canaveral.

One of our neighbors helped supervise astronaut training, including running the big “Neutral Buoyancy Simulator” at Marshall, a water tank to get astronauts used to working in a gravity-free environment. A lot of very famous astronauts used to come over to his house for dinner when they were in Huntsville for training.

We lived 15 miles from the engine test stands out on the space flight center. I can still remember the windows in our house rattling when they tested the huge rocket engines they were building at Marshall.

I saw many of the exhibits that you can now see if you visit the U.S. Space & Rocket Center museum in Huntsville. The difference is that I saw them out at the space flight center before they became exhibits. In those pre-9/11 days, parents would sneak their kids (and their friends) out to show them what they were working on.

The development of our rocket program and our drive to get to the moon was one of the brightest and greatest achievements of the American spirit and of American know-how. It was a true showing of what we can achieve through science, engineering, a can-do attitude that comes from our unique culture, and the bravery and determination that was the common, shared trait of all of our test pilots and astronauts.

Unfortunately, NASA today is only a shadow of what it was then. With the shutdown of the shuttle program, it has not been able to send Americans into space for many years.

But the explosion in private development of new rockets and space capabilities is very encouraging. It gives me hope that we will finally get over the seeming abandonment of space exploration and return into space once again.

We need a new vehicle to get men and women into space. We need a new, continually manned space station in orbit around the earth. We need a base on the moon. And we need a manned mission to Mars — and hopefully, eventually a manned base on Mars, too.

Space really is the final frontier. It’s long past time we got back in the habit of taking giant leaps for mankind — just like the one Neil Armstrong, Buzz Aldrin, and Michael Collins took 50 years ago.

Hans von Spakovsky is an authority on a wide range of issues — including civil rights, civil justice, the First Amendment, immigration, the rule of law and government reform — as a senior legal fellow in The Heritage Foundation’s Edwin Meese III Center for Legal and Judicial Studies and manager of the think tank’s Election Law Reform Initiative. You can follow him @HvonSpakovsky.