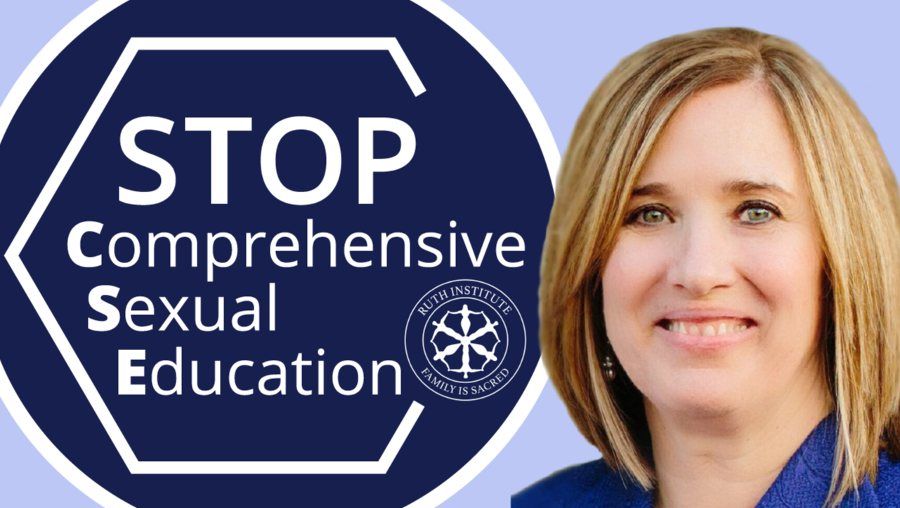 How to Stop Schools from Sexualizing Your Children

At the Ruth Institute’s Summit for Survivors of the Sexual Revolution, Sharon Slater, president of Family Watch International and the co-chair of Protect Child Health Coalition, described the horrendous sex education agenda being pushed by international bodies, including the United Nations and Planned Parenthood International. She shares their tactics as well as a toolkit to help parents fight for their children’s innocence. Watch it here.

A Second Chance at “Choice”

In the latest Dr. J Show, Dr. Jennifer Roback Morse of the Ruth Institute interviewed Dr. George Delgado, medical director of Abortion Pill Reversal (APR) and Culture of Life Family Services. Abortion Pill Reversal helps women who have changed their mind after taking the “morning after pill,” mifepristone (RU 486), and who want to save their baby’s life.

Watch as he explains how the morning-after pill works, and how his APR method counteracts mifepristone. Also learn how the abortion lobby is fighting against his efforts. “You would think that those who call themselves ‘pro-choice’ would support a second chance at choice,” Delgado said.

Pro-aborts claim that women rarely, if ever, change their minds about abortion, but this isn’t true, Delgado said. Studies show that some women who find that the morning after pill didn’t work for them, choose to continue their pregnancy.

Another lie women are told is that abortion pill reversal causes birth defects, but studies show that babies saved from the morning after pill have lower rates of birth defects than the general population. In addition, when pro-abortionists did a study to discredit APR, they inadvertently proved its safety and effectiveness.

Last year alone, abortion pill reversal saved babies in all 50 states and in 46 countries worldwide. Learn all about it here.

The Ruth Institute will exhibit at two of the largest pro-life events in the country, the March for Life Expo January 19-21, and the Students for Life America Pro-Life Summit January 22, both in Washington, D.C.

“We also feel it’s important for pro-lifers to understand the role the Sexual Revolution played in bringing about abortion-on-demand,” Morse added. “The fight requires opposition to other aspects of the Revolution as well, like sex education, ‘transgender’ ideology, and Demographic Winter.”

Part of the National March for Life, the Expo will take place at the Renaissance Hotel. The Pro-Life Summit will be held at the Omni Shoreham Hotel.